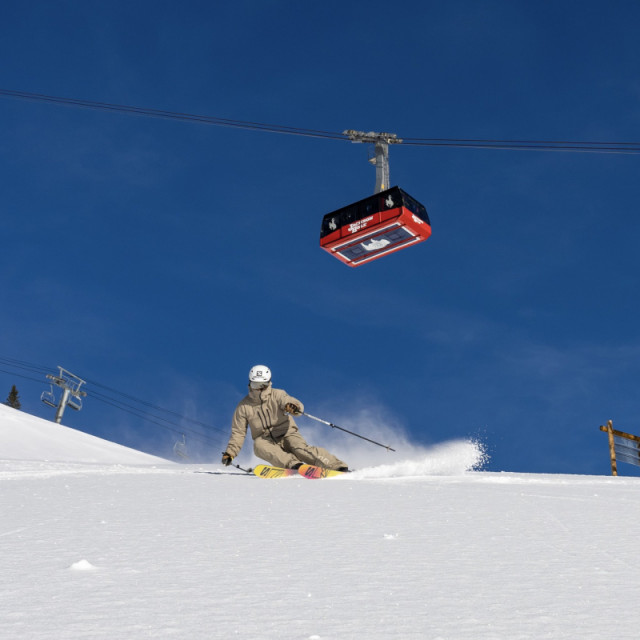 Know what I love about this Valentine’s Day weekend outlook? The fact that skiing and riding conditions will be comfy for mid-February, plus we have a few storms (or more) to watch! 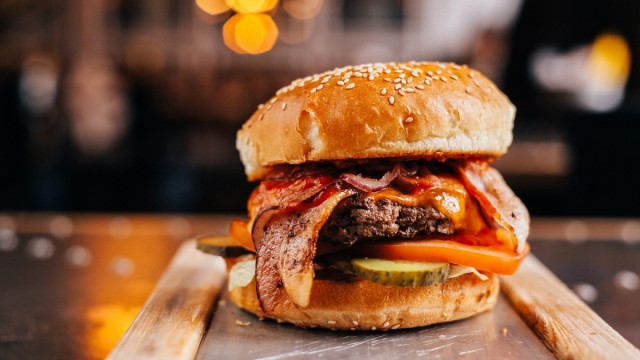 After a hard-fought day schussing the slopes, nothing replenishes the fuel tank like a good ol’ burger, with just the right blend of protein, carbs, and yes, grease. We combed America’s ski towns and adjacent mountain resorts for the tastiest—and weirdest—beef between two buns, bringing you our unequivocal list of where to hang your helmet for the best hamburgers worth your fully salivated après-ski time and attention. 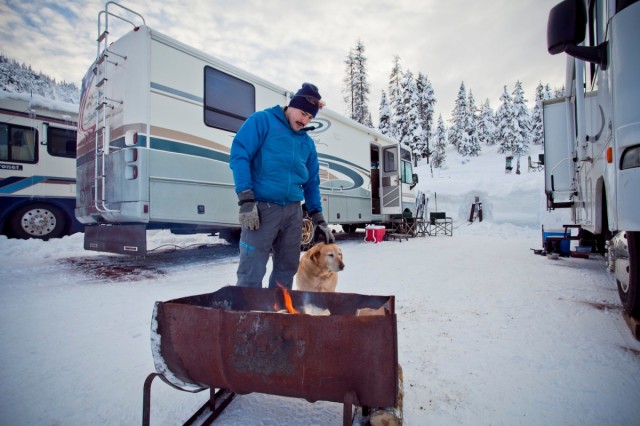 While lurking past closing hours in the mountain resort parking lot has always been the domain of the dirtbag, more ski areas are bringing the practice of overnight stays out of the shadows—and some are downright embracing the car-bound camp movement. This focus on ski resort winter camping, which accommodates visitors of lesser means—as well as nomadic adventurers—is a refreshing step back from the luxury demographic. that the ski industry habitually targets. 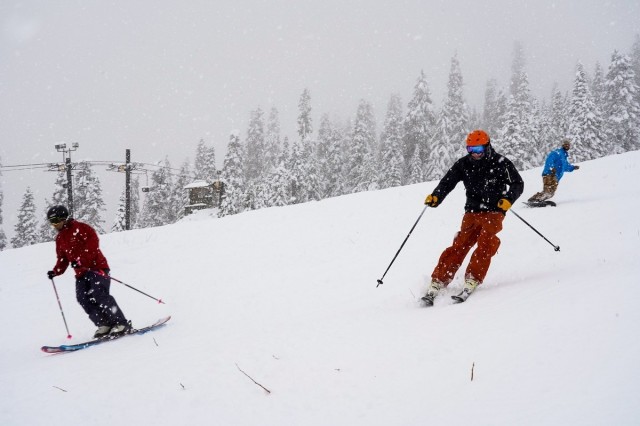 Naughty or nice? Rather than your deeds, location will determine who will get the finest gift of snowy weather this week!

SnoCast: Waves of Snow Through Mid-December 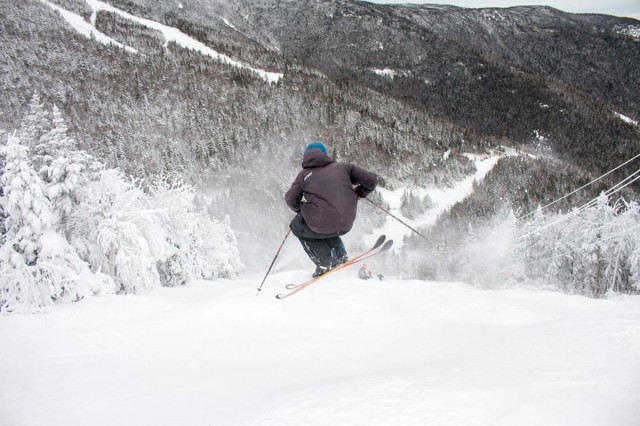 An active weather pattern will have several fast-moving storms move through both the East and the West. Timing is everything to catch the best conditions through this weekend. 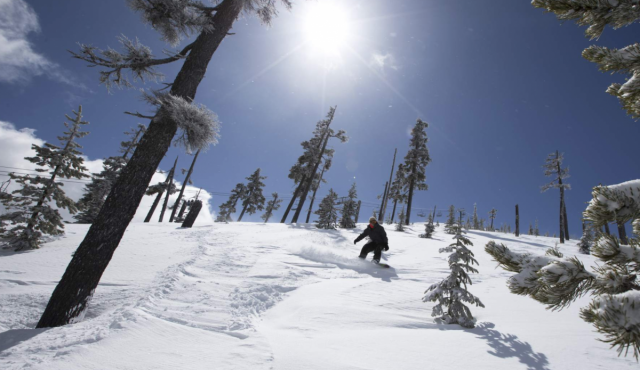 After 5 to 6 feet of snow fell last week in the Central Oregon Cascades, ski areas in the region are set up for a potentially stellar late-winter and spring season. 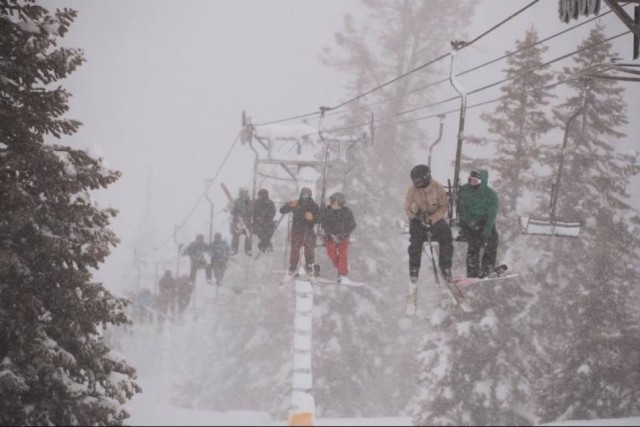 A stormy pattern continues into February with several quick moving storms dropping hits of snow. Here are the storm systems to watch this week. 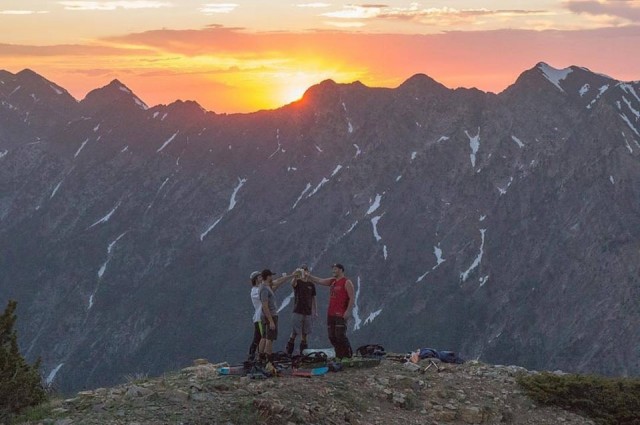 Biking and hiking, zip lines and coasters, climbing walls and disc golf, concerts and festivals and the old-fav, a ride up the lift: ski and snowboard resorts in the West are changing gears as warm weather arrives. 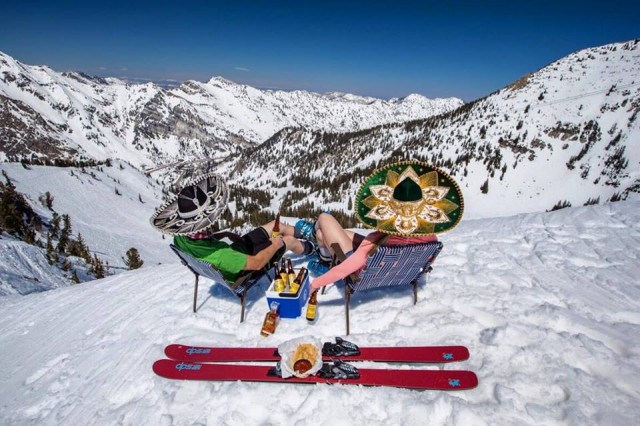 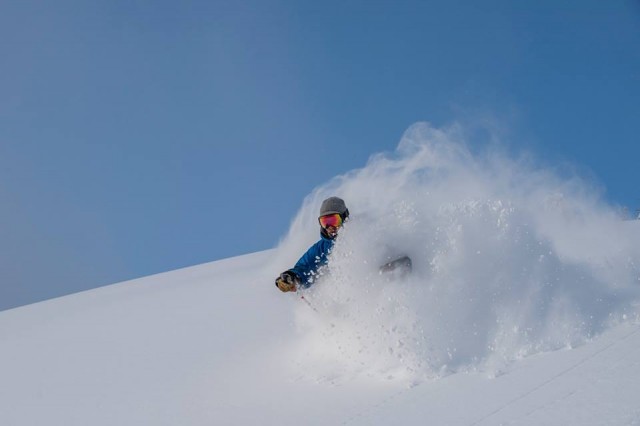 It’s surely feeling and looking like winter across the West and Midwest as we wrap up the month. The East begins cooling off with snowmaking temps and better chances for new snowfall. 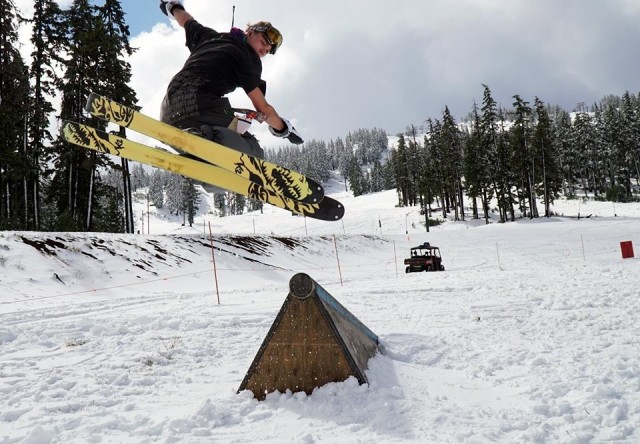 First-to-be-open honors for the 2017-2018 season may have to go to Mt. Bachelor, as the Oregon mountain dropped the ropes on a terrain park after a foot of early snowfall. 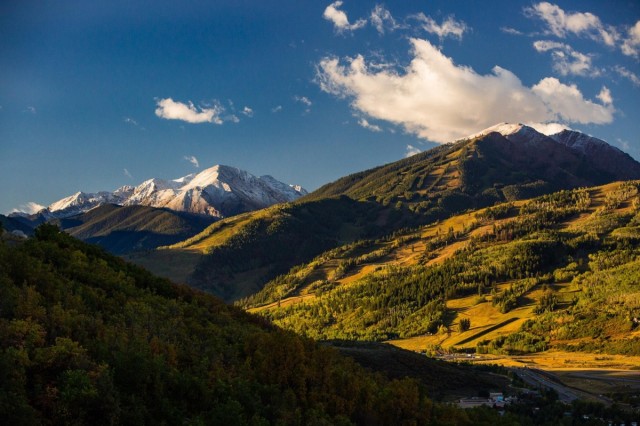 Summer gondola rides are coming to an end, the mountain bike heads into the garage, and thoughts turn to the upcoming ski and snowboard season throughout the West. 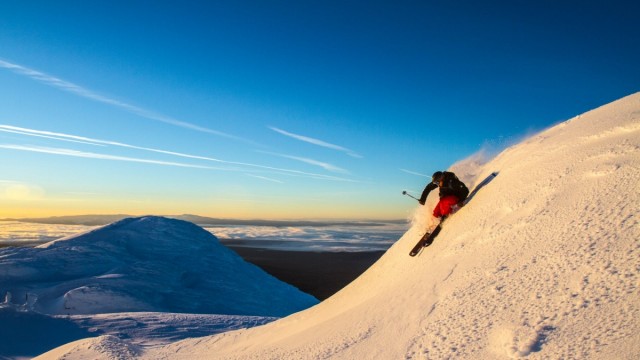 More powder to carve up at Bachelor with new chair lift. (Mount Bachelor/Facebook)

The new chairlift at Mount Bachelor will bring skiers and snowboarders into gladed steeps that previously required a long hike out.

The high-speed quad named Cloudcatcher opens up what is known as Low East – a below-treeline area of 635 acres on the volcano’s southeast side. The four-seat detachable lift will rise some 1,400 vertical feet and carry up to 2,400 an hour, and provide lift-access to some six miles of trails and assorted glades on that side of the mountain.

Cloudcatcher’s top terminal will be high enough so that folks can ski or ride over to the Rainbow or Sunrise Express – or get to the Summit Express loading area. It will also eliminate the 15-20 minute hike out of Low East.

Also this summer, crews shortened the Rainbow triple chair to keep its top terminal below treeline.

“The new lift and shorter Rainbow lift will alleviate capacity on the Sunrise Express and spread people over the mountain more quickly,” Mount Bachelor’s Stirling Cobb told SnoCountry.com, noting that a busy day at Bachelor can bring 8,000 skiers and riders onto the slopes. “The new lift also is protected more from the prevailing (northwest) winds that sometimes force us to close the northwest side of the mountain.”

Previously, the last lift to go up on the Oregon mountain was a replacement for the Pine Marten chair; before that, the Northwest Express debuted in 1996.

Elsewhere in Oregon, there will be new conveyor lifts at Mount Hood Meadows and Mount Hood Skibowl. At Timberline Lodge at Mount Hood, the second phase of an interior remodel is done in the Wy’East Day Lodge.

A Few Resorts Charge Nothing For Scenic Summer Lift Rides 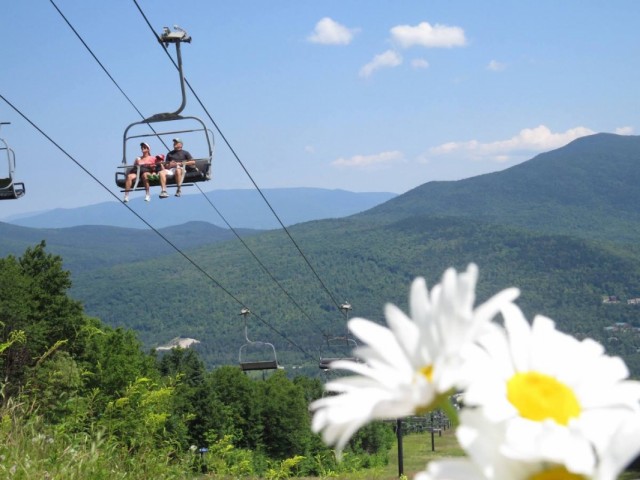 A ride up a ski lift in the offseason both gives a different perspective on a favorite mountain and gets the juices flowing for the upcoming skiing and snowboarding season.