The latest news, deals, and events from ski resorts throughout North America. 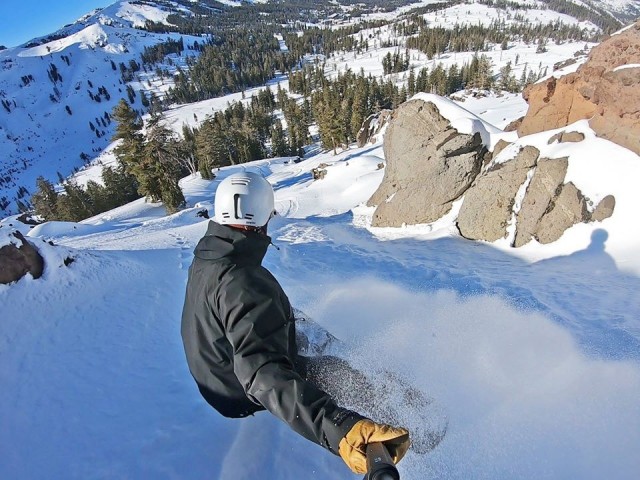 Though less than an hour from the glitz and glamor of South Lake Tahoe, Kirkwood Mountain Resort couldn’t be more different. 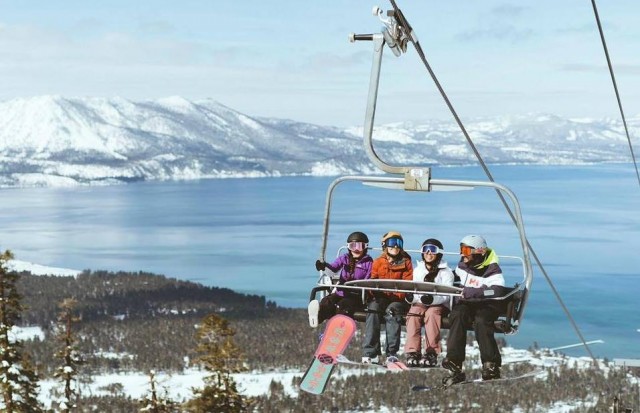 After a landmark season last year, California's ski and snowboard resorts are pumped to do it again, with a half-dozen more opening around Thanksgiving and plenty of snow on the way.

Fun In The Sun: Tahoe Resorts In Summer Mode 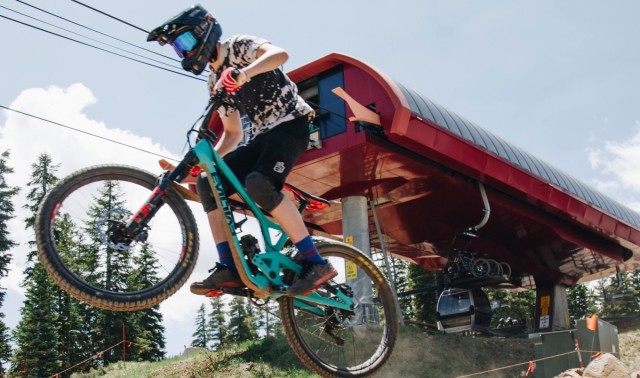 Once summer settles in, the winter resorts around Lake Tahoe become magnets for city-dwellers aiming to beat the heat – and to have a bunch of fun doing it. 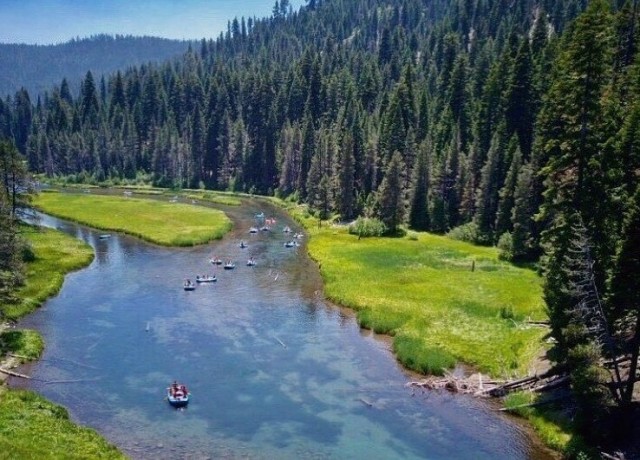 For most Western resorts, the season is over, but lots of snow in the mountains -- even late into April -- means plenty of water in the rivers for rafting and blankets of colorful wild flowers covering the high alpine meadow for hikers and bikers.

Ski Shuttles: Hitchin' A Ride Up Onto The Slopes 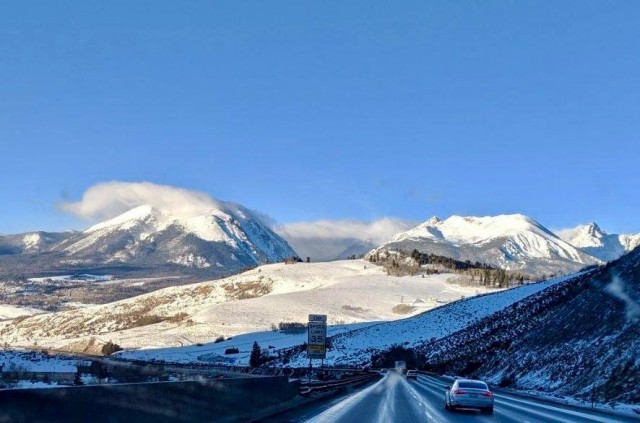 Taking a flight to a major airport in the West is just the first step to getting onto the ski and snowboard mountain. 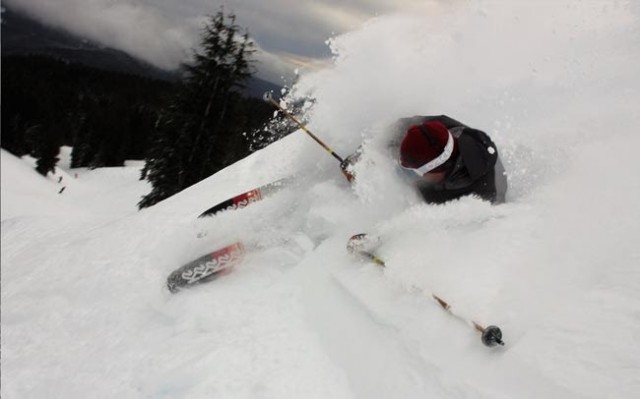 Early on, above-freezing temps kept snowfall down in the Pacific Northwest. But lately, the temps have dropped and the depths have risen. Pacific storms have stayed north, pummeling the Cascades and intermountain region with snowfall measured in feet.

Finding Off-Beat Ways To Celebrate Holidays In The Hills 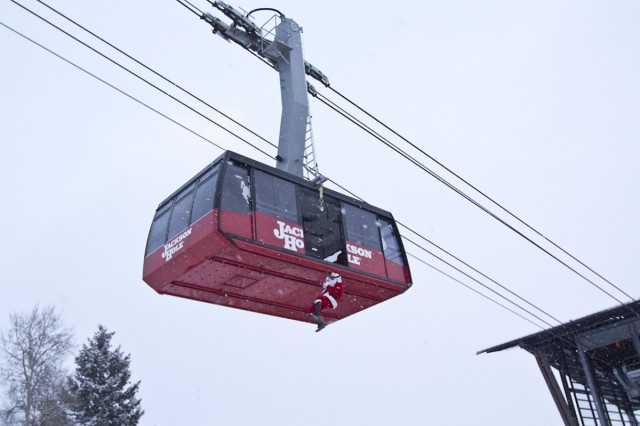 Christmas in the mountains runs deep with traditions. But a number of resorts try to work outside the box and be creative with their celebrations. 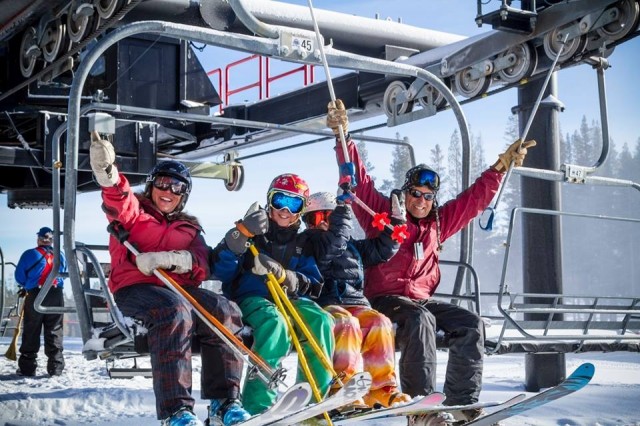 Mt. Rose Ski Tahoe is set to drop the ropes a week early to give season pass holders the privilege of putting down the first tracks of 2018-2019.

Point And Shoot: Five Photogenic Resorts In The West 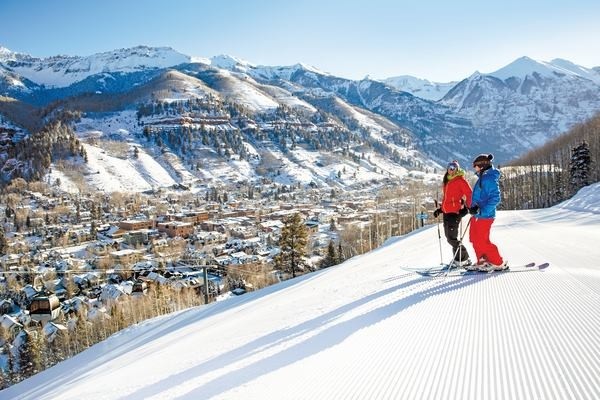 With the proliferation of Smartphones and digital cameras, you don’t have to be a professional photographer to capture the beauty of the West – especially in the mountains.

One Final Drive, One Last Putt: Fall Golf In The High Country 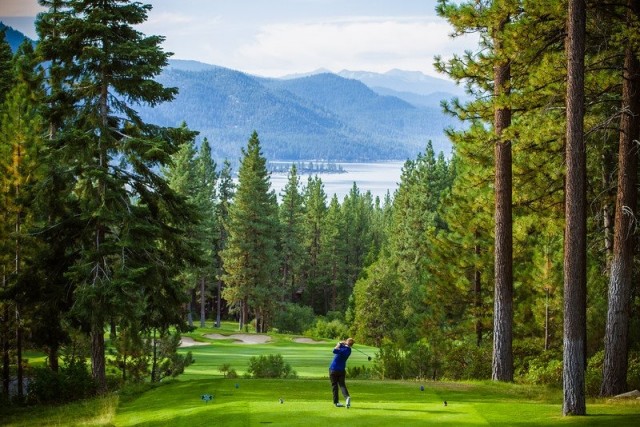 Just like for skiers and ‘boarders, golfers want to squeeze in that last day of the season. Even as most U.S. resorts are turning on their snow guns and warming up the snowcats, many still keep the golf course open for those late-season die-hards. 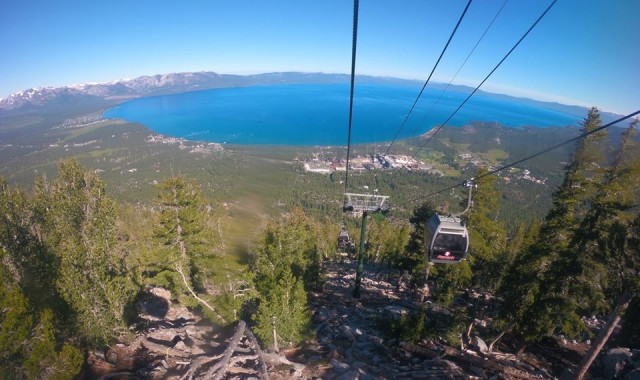 Summer vacationers often seek out lakefront property to cool off, and a number of ski and snowboard resorts across the West are blessed with a lake within spittin’ distance. 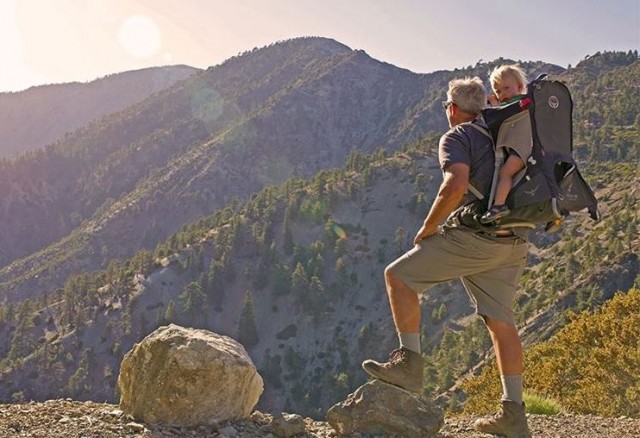 When the hustle and bustle gets too much down below, Californians head to the hills. And, the state’s ski and snowboard resorts shift into summer gear to provide the thrills, adventures and just plain relaxation that they are looking for.

California Dreamin’: Skiing And Riding To Go Deep Into Spring 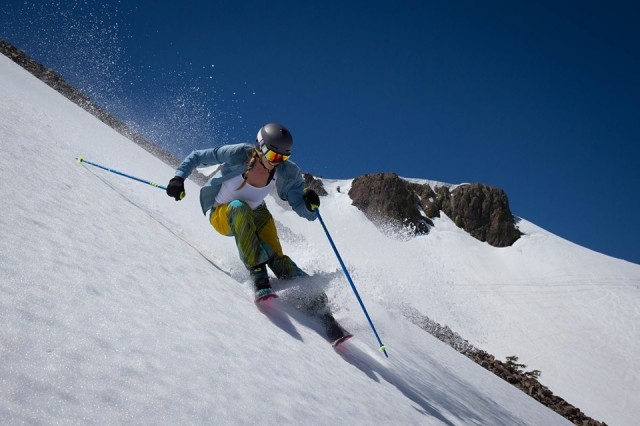 Like many regions in the West, skiers and riders had to wait until March before all the trails and slopes were open. In California, a trio of resorts hope they can make it last as long as possible. 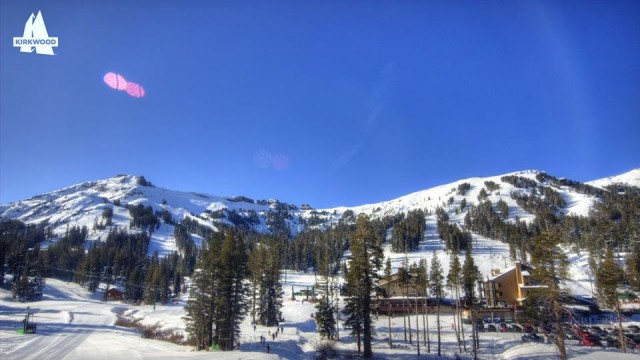 Above compact base area, mountain spreads out. (Kirkwood/Facebook)

Though less than an hour from the glitz and glamor of South Lake Tahoe, Kirkwood Mountain Resort couldn’t be a more unlikely neighbor. Stuffed up at the head of a box canyon, the mountain known as “The Wood” retains an old-school, bare-bones flavor that, despite ownership by Vail, emphasizes good skiing and riding over amenities (i.e., cell service is iffy). 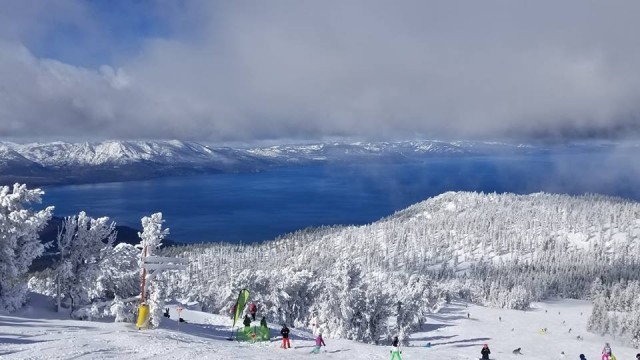 Heavenly Mountain Resort recently got over a critical regulatory hurdle in order to widen trails, remove debris and relocate snowmaking. 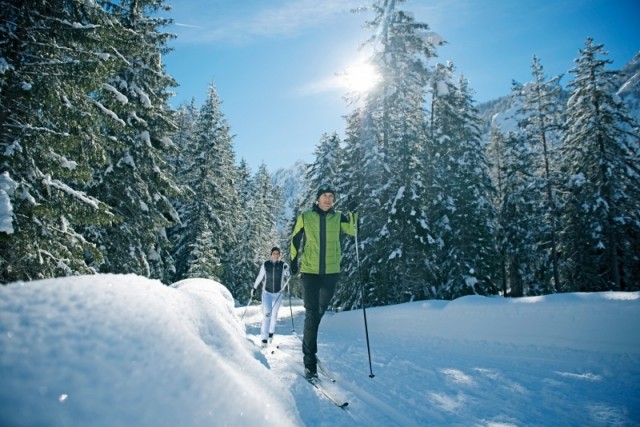 The rewards are great for taking the time to get out onto the trails. (Fisher Touring)

One of the greatest challenges for many people who love to cross country (XC)  ski regardless of the snow conditions is making time to get out there. Skiers struggle with this, but there are easy ways make time and to be more prepared to enjoy skiing. 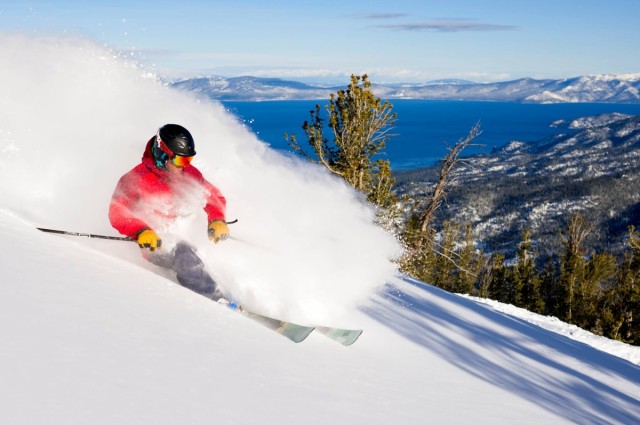 Nearly every turn at Heavenly has lake vista. (Heavenly/Facebook)

Party On Because The Season Just Won’t End 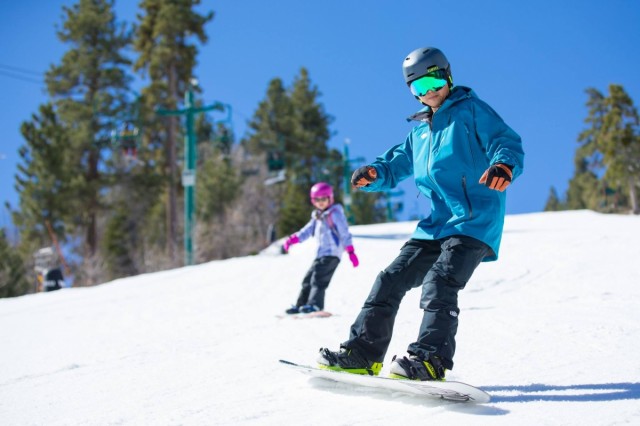 Turns to be had at Snow Summit. (Snow Summit/Facebook)

Mid-winter doldrums gave way to a snow-filled spring that has kept many resort open longer than expected – and cranked up the end-of-season parties.

The Rich Get Richer: Storms Keep On California 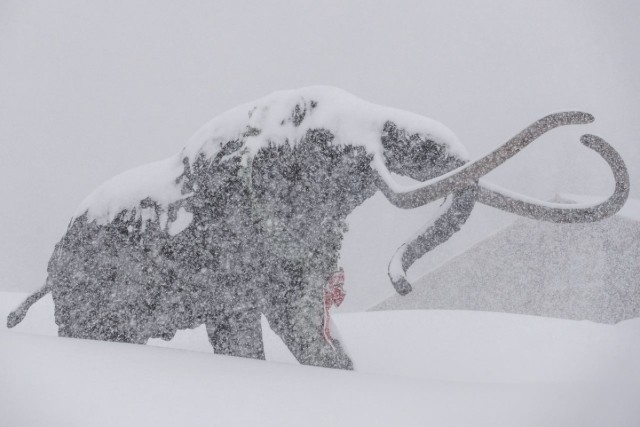 After a month of January that put up to 20 feet on the ground in the Sierra, you’d figure things would calm down at bit. But before that happens, there’s a couple of more feet on the way.

OpenSnow.com forecasters say that snow at Tahoe-area resorts should drop between one and two feet this weekend – and storms will stick around for another couple of days beyond that. Up north, Washington and Oregon resorts should benefit as the jet stream shifts to a more northern route in February.

“We should see a break Saturday night into Sunday but with winds picking back up,” said OpenSnow’s Bryan Allegretto about Tahoe. “Then another storm moves in Sunday night into Monday. This storm also has snow levels near lake level until falling later Monday. We could see 3-10 inches at lake level, and 4-15 inches on the mountains by Monday night.”

For example, China Peak was expected to get more than a foot over the weekend, pause on Monday, and then get ready for up to four more feet next week, according to OpenSnow forecasts.

This on top of a month of January that recalled years gone by when double-digit snowfalls were standard. At Mammoth Mountain, the month included one-day dumps of 42 inches (Jan. 4) and 91 inches total in the week of Jan. 7-13. Total for the month topped 200 inches.

California water officials say that the month’s moist largesse helped replenish a third of the state’s “water deficit,” refilled reservoirs and setting up for a spring melt that would refurbish some of the state’s groundwater supply. But they warned that without consistent precipitation, the benefits of the winter’s snow bonanza will diminish fairly soon. 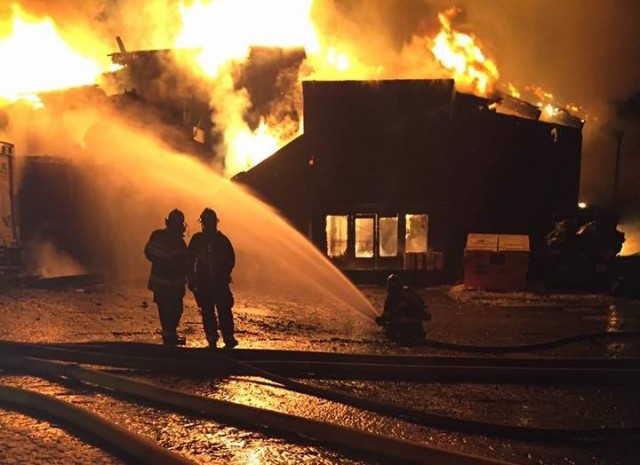 UPDATE 12/19/16: Homewood lifts will be opening Thursday with top-to-bottom skiing starting at 9:00 a.m. Guests can access the upper mountain via Madden Chair, which is located at the North Lodge.

The South Lodge at Homewood Mountain Resort was engulfed in flames early in the morning of Dec. 28, forcing the California mountain to close temporarily.

North Lake Tahoe firefighters responded at 3 a.m. to the day-trip mountain on the shores of Lake Tahoe, finding one of two base lodges at the resort “heavily involved” in flames.

“No injuries have been reported, and fire suppression efforts managed to keep the fire isolated to a single structure,” fire officials said on the district’s Facebook page.

Mountain officials shut off the lifts and barred any visitors for the day, as firefighters remained to keep the fire isolated and to clean up on location. The building was a total loss.

Statements later in the day indicated that officials hope to get the 1,260-acre ski and snowboard mountain on the west shore of the lake up and running for Dec. 29.

The South Lodge is located at the base of the Quail Chair and housed a restaurant and administration offices. The larger North Lodge, just up the road with the bulk of visitor parking, was not damaged.

Updates will be forthcoming on SnoCountry.com as to when Homewood will reopen.