Winter has come to Aspen Snowmass and, as the resort's quartet of mountains head into the 2022-2023 season, much of buzz is about a transformation at easy-going Buttermilk.

Construction this summer brought an aging, clunky base area into the 21st century. A new 9,300-square-foot building consolidates tickets, rentals, ski school and bathrooms into a single skier services center. The former Bumps lodge restaurant got a makeover -- including locker room update -- and a new name (Buttermilk Mountain Lodge), and an expanded outdoor patio called The Backyard.

Mountain officials say the work aims to simplify the area and make the slopes for approachable and inclusive for all guests. However, the finishing touches of the $26 million Buttermilk makeover will bleed past the opening of the season, so skiers and riders should expect temporary facilities for a month or two.

Opened in 1958, Buttermilk has long lived up to its name as the smooth, gentle, non-competitive place to ski and ride in the Aspen complex. Its ski school and learning terrain is renowned. Resort publicists called it "the home of non-stop recess" and the trail map reflects that: Nearly 75% of the runs are green- or blue-rated.

Over at iconic Aspen Mountain, the World Cup returns to the famous America's Downhill course in March, after a six-year hiatus. Two downhills and a super-G are scheduled for the first weekend in March.

The resort's first major expansion in 40 years -- Pandora -- won't be open this season. Located to skier's right off the summit of Ajax Mountain, the new area will add 160 acres to the mountain's existing 673 skiable acres. A high-speed chairlift will service the new area, which will open expert glades and a couple of blue groomers.

Both Snowmass and Aspen Highlands will stand pat this season, as far as on-mountain additions. Both received high ratings for their wine dinners, and Snowmass has added a bear-and-pretzel option to its apres-ski menu. The Ikon Pass works at all four mountains. 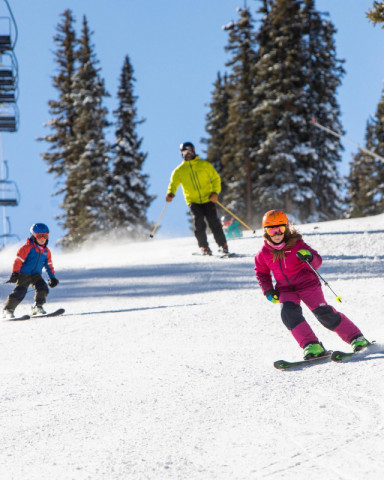 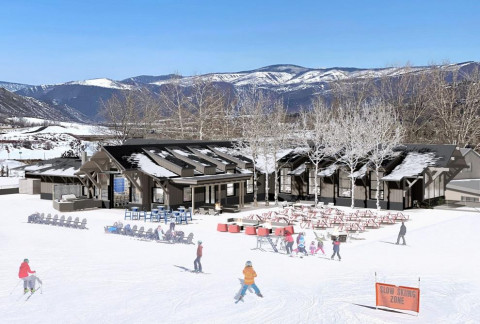 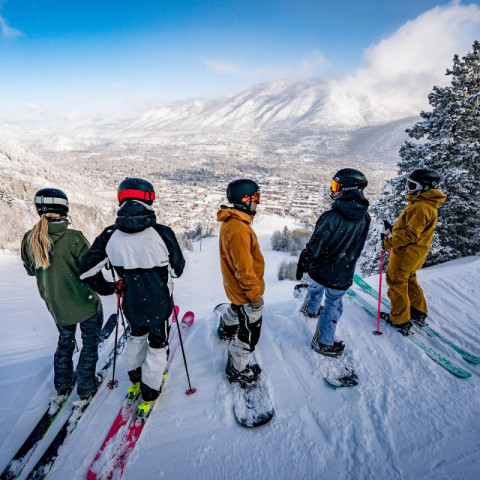 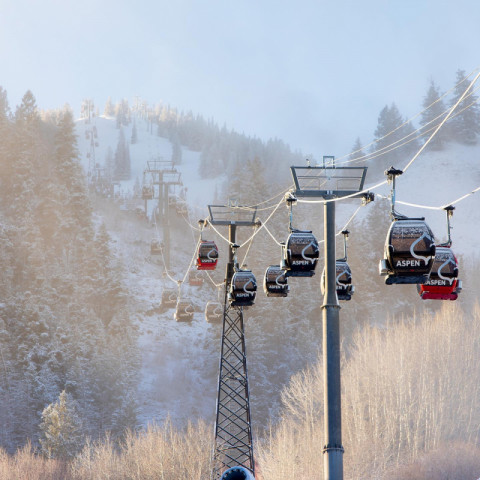 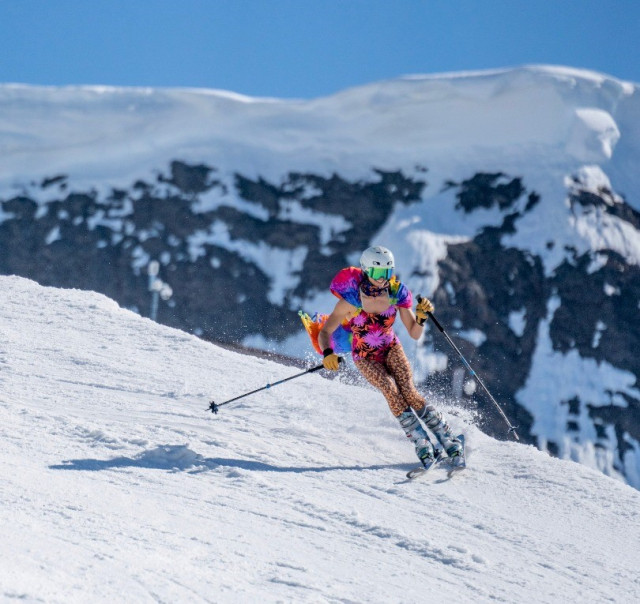 Used to be that the first week of April was the traditional time to hang up the skis, store away the boots, and dust off the summer recreation equipment. Not so much nowadays. 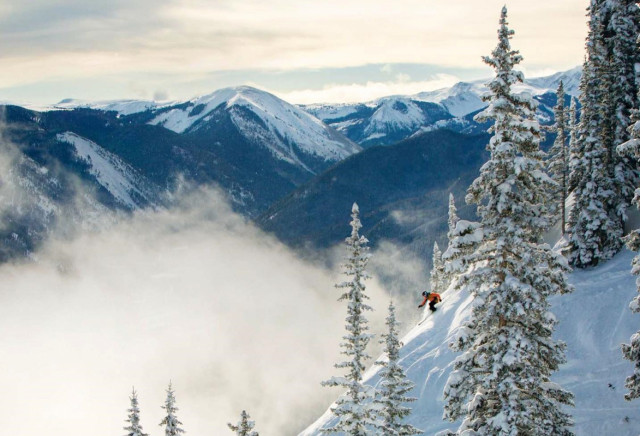 Ride A Lift Up, Mountain Bike Back Down At 7 Colorado Resorts 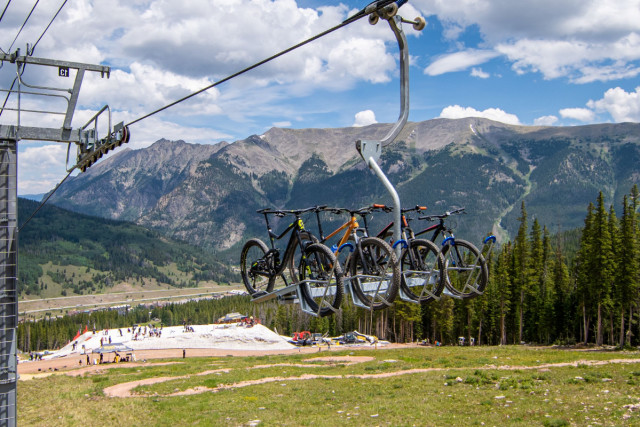 When the snow melts and all that’s left of Colorado’s ski resorts are the seemingly endless trails, rushing mountain water, bright green aspen glades and wildflower-covered meadows, what is there to possibly do?

Aspen Skiing Co. Will Continue Grooming for Uphillers at all Four Ski Areas 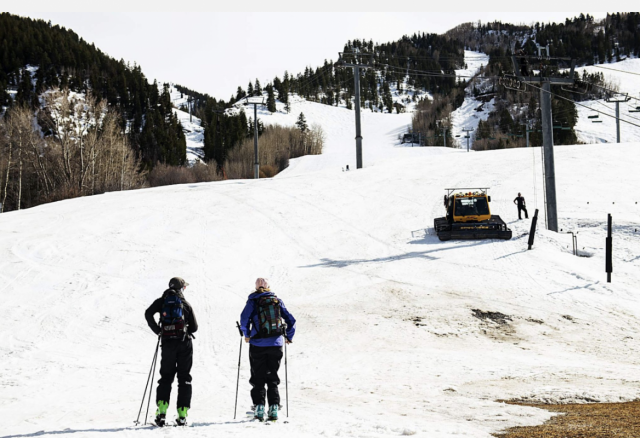 Uphillers can count on an ongoing assist from Aspen Skiing Co. this spring.

More Colorado Resorts Come On Line As Season Settles In 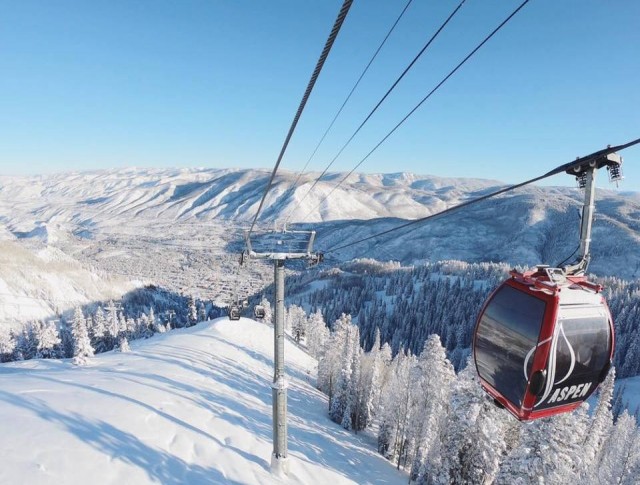 The Thanksgiving break not only is Turkey Time, but it's also when many resorts all across the West to crank up the lifts, drop the ropes and welcome a new ski and snowboard season. 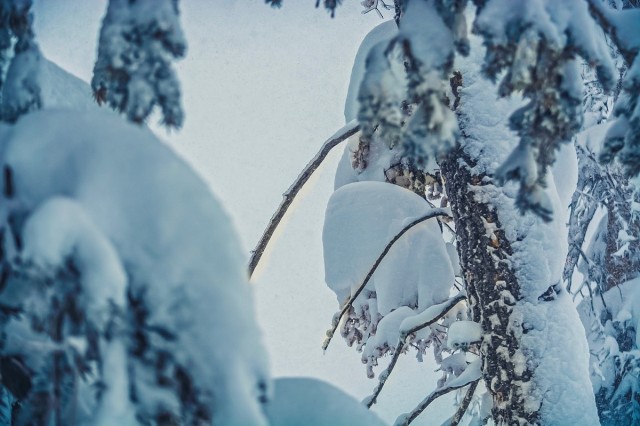 Heavy, accumulating snow will reach all the way south to San Diego’s mountains and dump up to two feet of snow in Arizona and the Four Corners.

Summer Fun On The Mountains Of Colorado 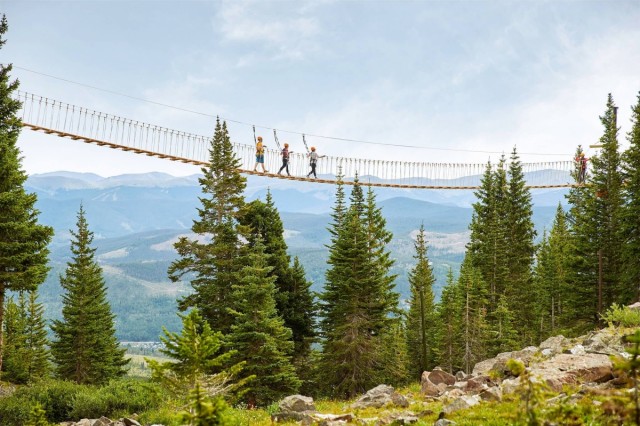 Though the weather has been slow to cooperate, summer is indeed coming to the Colorado Rockies – and with it, tons of recreational diversions for all to enjoy. 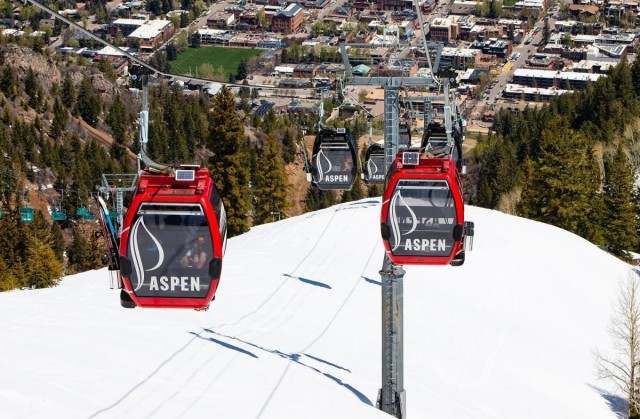 The 2018-19 ski and snowboard season rolls on at Aspen Mountain. The Colorado resort will reopen this weekend, June 1-2, for the continuation of summer operations with skiing and riding on 130 acres of skiable terrain. The gondola will be open for sightseeing and the Sundeck will offer food and beverage options as well as music on the deck during the day. 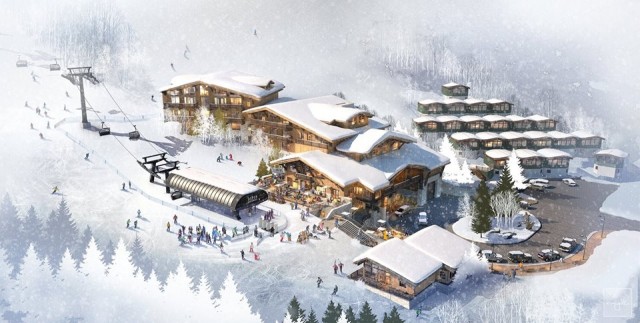 By a slim margin of 26 votes out of more than 3,000 cast, Aspen residents approved a multi-million-dollar development in its base area.

Arrival Of Spring Has Resorts Puttin' On The Final Ritz 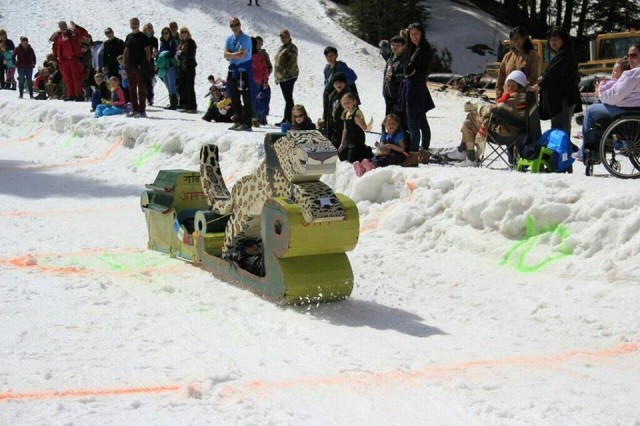 The days are getting longer, it's daylight savings time and the snow is softening: Spring is on the way, and that means it's festival time at ski resorts all across SnoCountry. 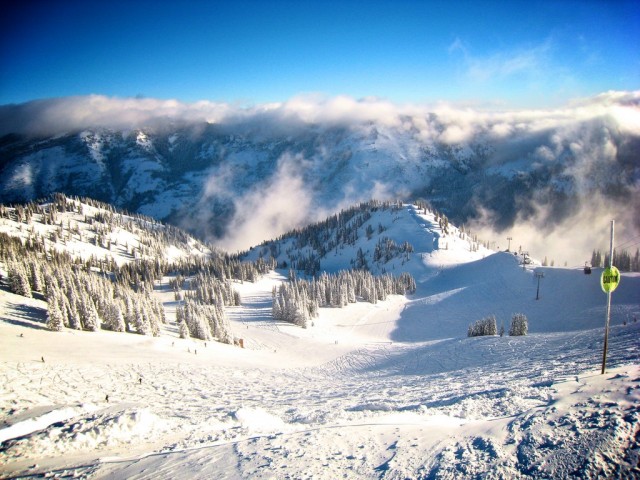 For any skier or rider, their bucket list includes not only visits to renowned resorts but also taking a run down a trail they've heard about for a long time. Here's SnoCountry's shot at those trails. 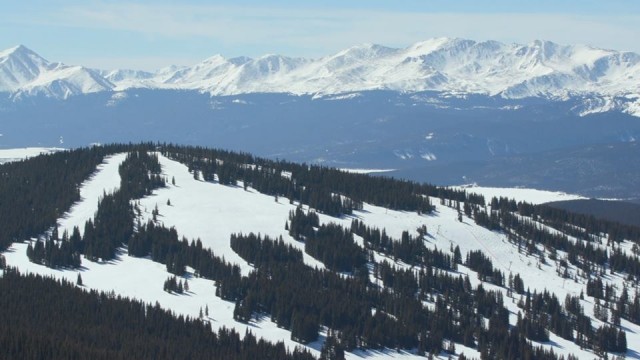 A number of double-digit snowfalls coursed across Colorado in early November, giving four resorts in Colorado and one in Utah a chance to open early. 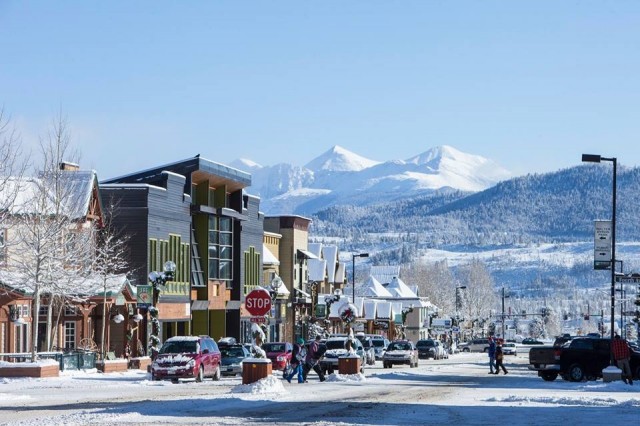 Many ski and snowboard resorts in the West rely upon a nearby town that is base for food, lodging and off-slope fun, so SnoCountry took a look at three well-known towns that act as hubs for the mountains that surround them. 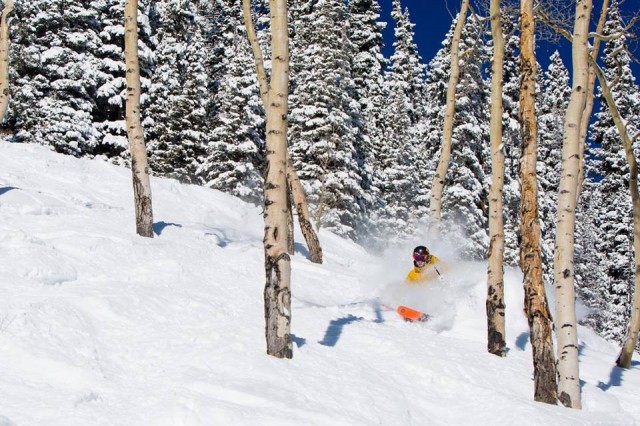 No mountain in the West is known its steeps more than Aspen Mountain. Now, the resort wants to add more precipitous terrain off its summit. 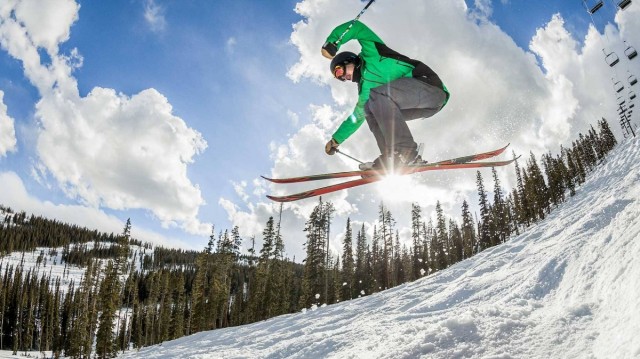 Just when Colorado resorts prepare to shut down winter operations, snow storms roll into the Rockies -- and forcing a trio of mountains to keep their lifts running longer than scheduled.

Vail, Aspen and Mary Jane portion of Winter Park will stay in operation for at least a week longer than expected because of recent snow.

Resorts still open in the Centennial State report more than a foot of snow since the beginning of April – with some adding two feet or more. While temps warmed unseasonably in March, they cooled significantly once April arrived to not only produce new snow but also slow the annual slushing-up during the spring skiing period.

Vail has announced it will a week longer to April 17, due to two feet that have fallen in recent days. The majority of the front side of the mountain – plus Sun Up and Sun Down Bowls – will be open 9 a.m. to 4 p.m. Ski school will run private lessons only.

Over the hill at Aspen Mountain, diminishing snowfall in March – 30 inches total – made the scheduled closing date of April 16 realistic; however, another 17 inches in the first week of the month pushed the shutdown to April 23.

Operating hours will shift to 10 a.m.-5 p.m. to take allow slopes to warm up in the morning and to take advantage of longer days – unless a powder day shows up and lifts crank up at 9 a.m.

While the bulk of Winter Park closes on April 23, the bumps of Mary Jane will be ready for spring skiing and riding until April 30.

Uphillers Get Extra Weekend At Buttermilk 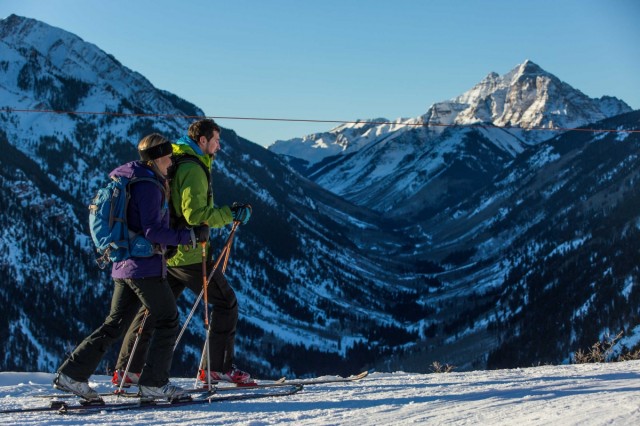 Scheduled to shut down its lifts on April 2, operators of Buttermilk Mountain have decided to open back up on April 8-9 for all manner of human-powered uphill traffic. 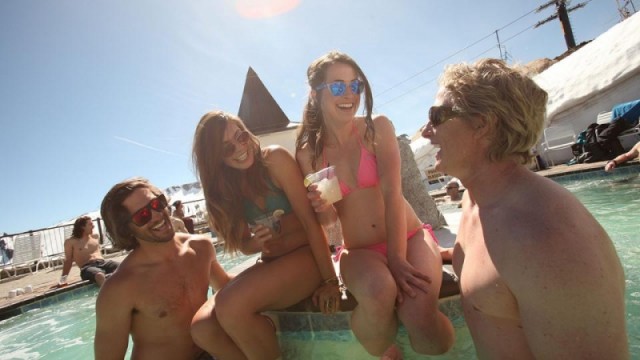 Memorial Day Weekend traditionally marks the official beginning of summer, but eight ski resorts across North American are holding out for at least one last weekend of skiing and riding.

If you’re heading out this weekend to make some turns, don’t forget to bring the bikes, hiking shoes and kayaks too! So which resorts are open this weekend? Here is a rundown:

Thanksgiving To Be Bountiful In Rockies, Table Scraps For Northeast, Midwest 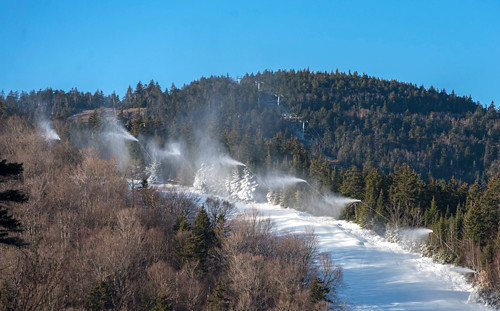 The Thanksgiving Holiday Weekend marks the traditional start to the ski and snowboard season, and thanks to bountiful snowfall, some resorts are rejoicing, while others would be happy with some cold table scraps. 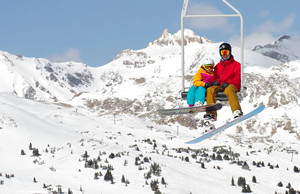 With up to two feet of new snow this past week, resorts across the west continue to open and expand terrain heading into the weekend.