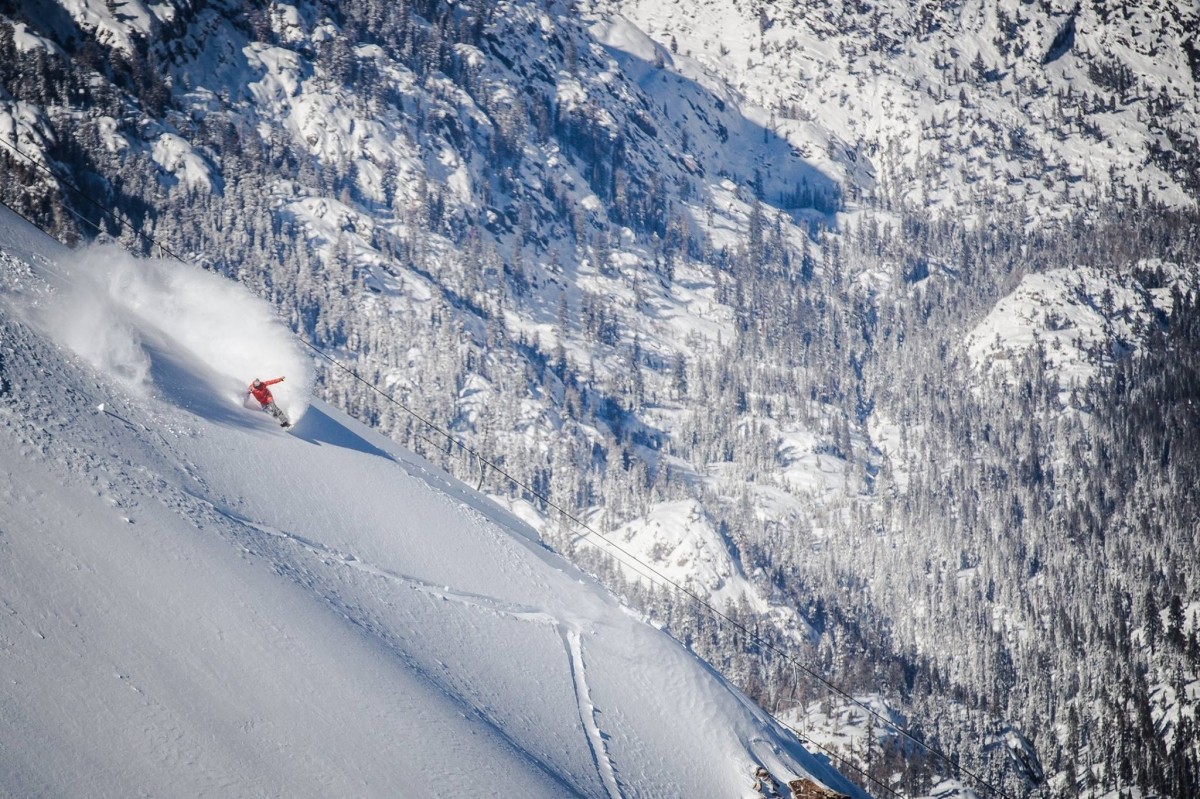 With over 20 feet of snow in January, Mammoth Mountain set a new monthly record for snowfall. More snow in the forecast here turning into February. (Mammoth Mountain/Twitter)

It’s shaping up to be an active week across the U.S. ski areas with plenty of opportunities for snow. And after an unusually warm January in Canada, colder weather (and snow) return to the forecast picture, too. Check it out in this week’s SnoCast.

The weather will stay most active across the Western and Northeastern U.S. this week as another upper level trough digs in our atmosphere. A trough generally means colder and active weather, and often in winter means snow. Here's a look at how the weather pattern shapes up high in the atmosphere, some 18,000 feet up in height.

Why does that map matter? Because we can get an idea of what areas will have a better shot at snow. Here’s what to expect in the forecast by region Feb. 1-7:

West: After a break from the snow in the parts of the West (specifically the Sierras, and the Central/Southern Rockies), another Pacific coastal storm moves in by the end of the work week into the weekend. The coastal valleys from Washington to California will be messy with wintry mix and rainfall, but in the mountains, we’ll be measuring snow in the feet for the High Sierras of California. Look for the highest amounts of 1-2 feet over the range beginning Wednesday night and continuing periodically through Saturday. There may be some locally higher totals at the crests and peaks. Elsewhere, over the Cascades of Oregon and Washington, and the Northern Rockies through Idaho, Western Montana and Northwest Wyoming a general 4-8 inches for most bases and mid mountain slopes, with 8-16 inches at the higher peaks adding up Thursday-early Saturday. With ample moisture still lingering into the weekend, additional snow will fall at the mountains right through the weekend over Idaho, Washington, Oregon, and Montana, with some reaching as far south as Western Colorado. While exact totals are tough to pinpoint this far out, expect that it should be a great stretch right into early next week. Best bets: Kirkwood, Squaw Valley, Sugar Bowl, Mt Rose, Mammoth Friday and Saturday should all benefit from higher elevation snow.

East/Midwest: A pleasant stretch of weather for Northeast ski areas to finish this work week and weekend. Enough cold air will still allow some snowmaking at night, especially in New England. That cold air will help squeeze out some light totals and upslope snow for the Appalachians from West Virginia northward, and also some big totals just east of the Great Lakes.

Watch for a quick moving, weak system that will pass through the upper Midwest, through the Great Lakes, then trek just north of the U.S./Canadian border Sunday to Monday. This will provide some light accumulations for the Midwest, New York, and New England ski areas. Generally looks like a 1-4 inch deal for most areas, with (again) the exception of areas just east of the Great Lakes and any western facing mountain slopes in New England where upslope conditions may help squeeze out 6 inches or more to help freshen up the slopes.

Midwest ski areas will likely have something more potent develop early next week—a storm to watch for around Tuesday of next week (Feb. 7), will likely develop and bring snow to the upper Midwest and perhaps eventually the far Northeast. Definitely a system to watch for next week--exact details/totals are sketchy this far out.

Canada: After a mostly quiet week for parts of Western and Central Canada, the weather stays somewhat tranquil until the weekend. After most of Canada endured a “January thaw,” wintry weather is slowly returning to the forecast. Once the weekend arrives, low pressure will set up off the British Columbia coast, pumping in ocean moisture. For the mountains, this means snow to look forward to. This coastal low will stall over the weekend and spin just off of the Northern Washington state/ B.C. coast, making for prolonged snow accumulations through Tuesday of next week. Totals will range greatly, but likely highest totals in the southern mountains of B.C. Meanwhile, in Eastern Canada, two quick “clipper systems” will trek west to east over Ontario and Quebec, one lasting through Thursday, the second early next week Monday-Tuesday. With each, the ski areas get a quick 5-10 cm of fresh snow.

The forecast looks promising for some decent conditions taking us into February. Happy skiing and riding!

As always, a special shout out and *thanks* to the students at Lyndon State College, Christopher Kurdek, Amanda Stone, and Scott Myerson for their weekly contributions of content and forecasts for SnoCast.