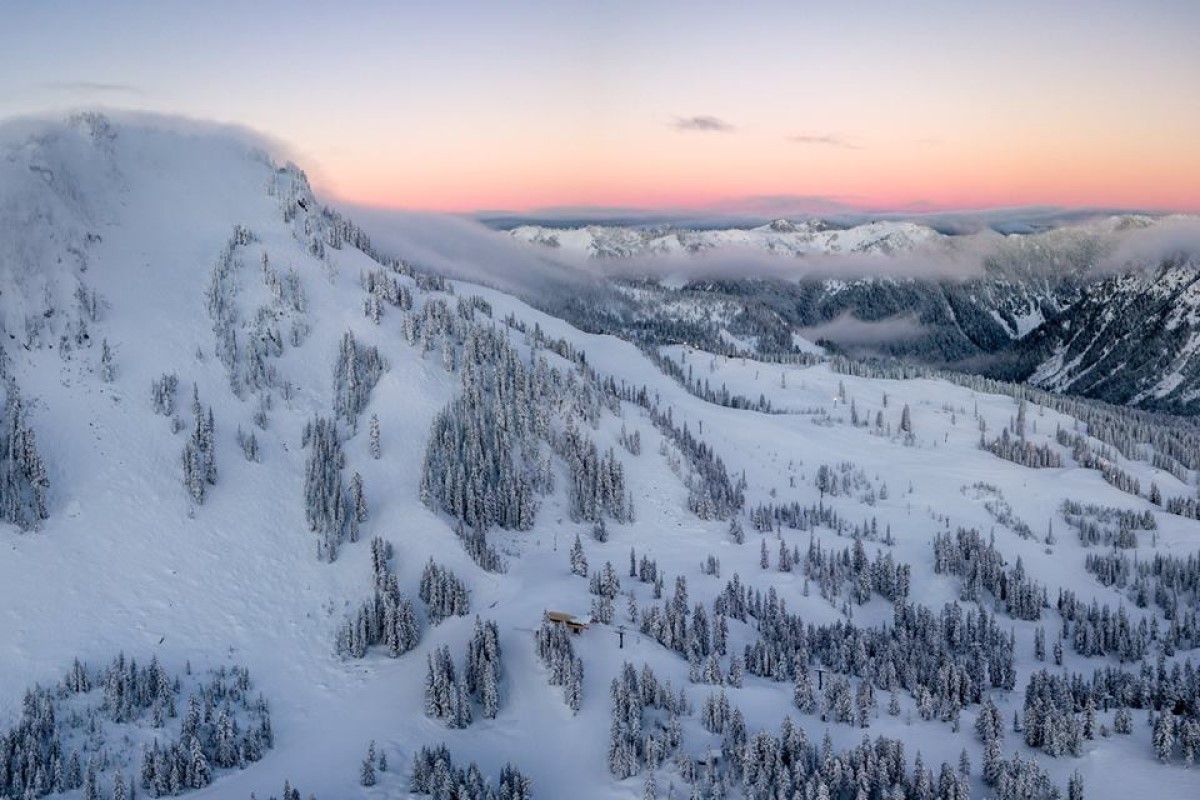 Stevens Pass in Washington just came off a fresh round of snow after Christmas with much more snow on the way to finish 2018. (Facebook/Stevens Pass).

With 2018 quickly coming to a close, several areas across the U.S. and Canada will get final bursts of snow and cold for the year. Here’s the breakdown… 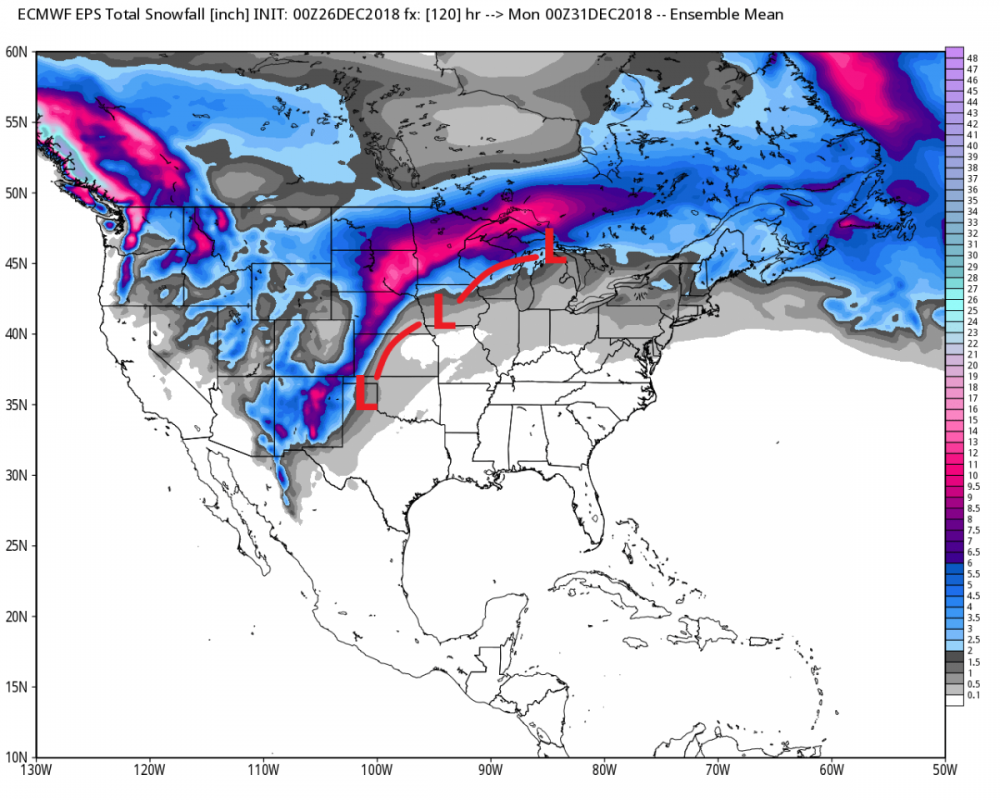 Several systems will roll through the western U.S. in spurts. The Cascades of Oregon and Washington, as well as the coastal range of British Columbia just came off a fresh snow the day after Christmas. New Mexico also picked up some fresh snow on the 26th. Both areas will get another round of snow (by separate systems) Friday into Saturday.

Totals over the Cascades and the Coastal Range of B.C. into the weekend will range from 4-10” generally, with the highest peaks over a foot. Best bets here through the weekend include Mt. Baker, Stevens Pass, Summit at Snoqualmie, and Mt. Bachelor in the states. In British Columbia, look to Whistler, Grouse, and Shames Mountain. 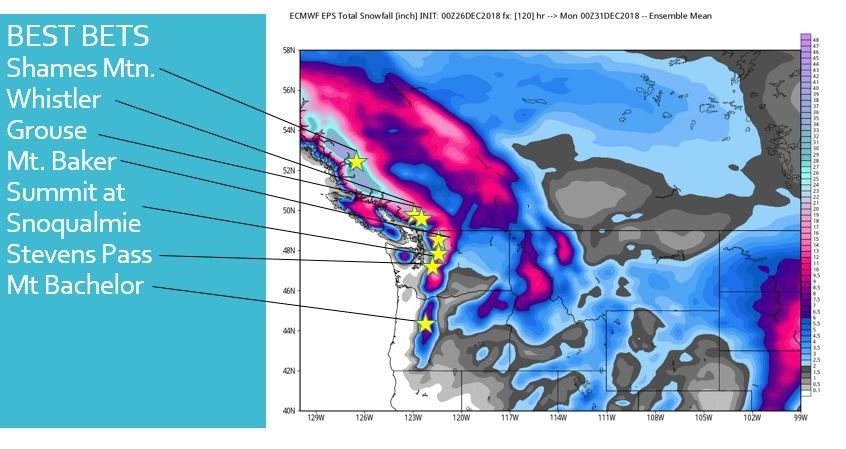 For the southwest U.S., totals will really add up for the peaks of New Mexico and southern Colorado. Also expect a range of 4-10”, with localized totals over a foot into the weekend. Best bets include any mountain in New Mexico, including Angel Fire, Taos, Red River Ski Area, Ski Apache. 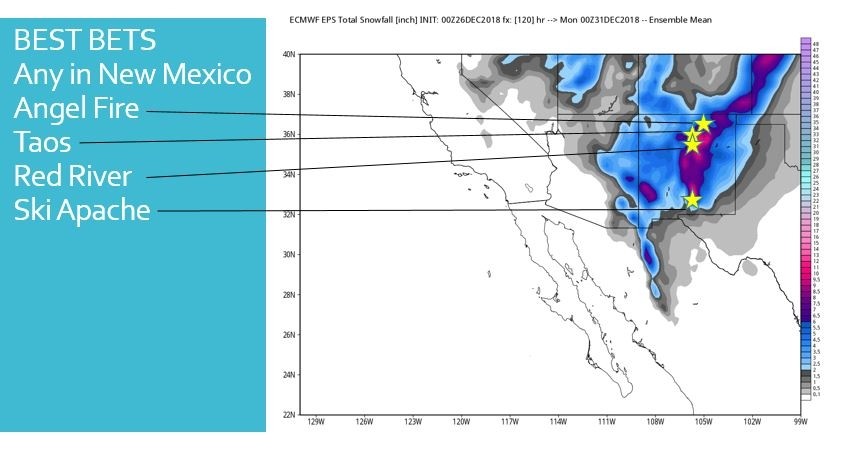 A major winter storm will wrap up through Thursday and Friday in the Midwest. This storm will bring big totals to many ski areas across northern Minnesota with around 8-12” expected through Friday. Big winners will include Giants Ridge, Buena Vista, and Lutsen (all near 12” through Friday). Also look to far northern Wisconsin for snow, including Whitecap Mountains Resort. 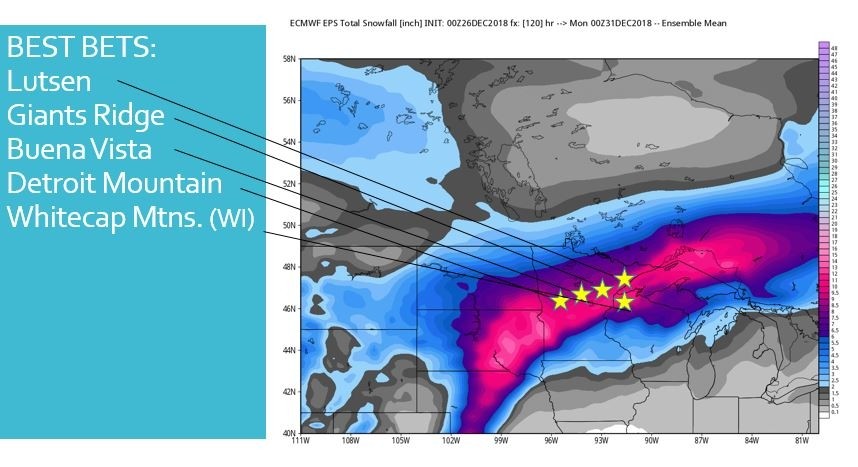 In the Northeast, a quick burst of snow moves through early Friday, especially in northern New Hampshire and Maine. Look to Wildcat, Bretton Woods, and Sugarloaf for a quick 1-3” of snow, before a changeover to rain and milder air later Friday. Much colder air returns after Sunday to the Northeast ski areas.

Looking ahead to the first week of January, there is a higher chance of colder than normal temperatures settling back in for the eastern U.S.

That's all for this week's SnoCountry SnoCast. Bring on a snowy 2019!