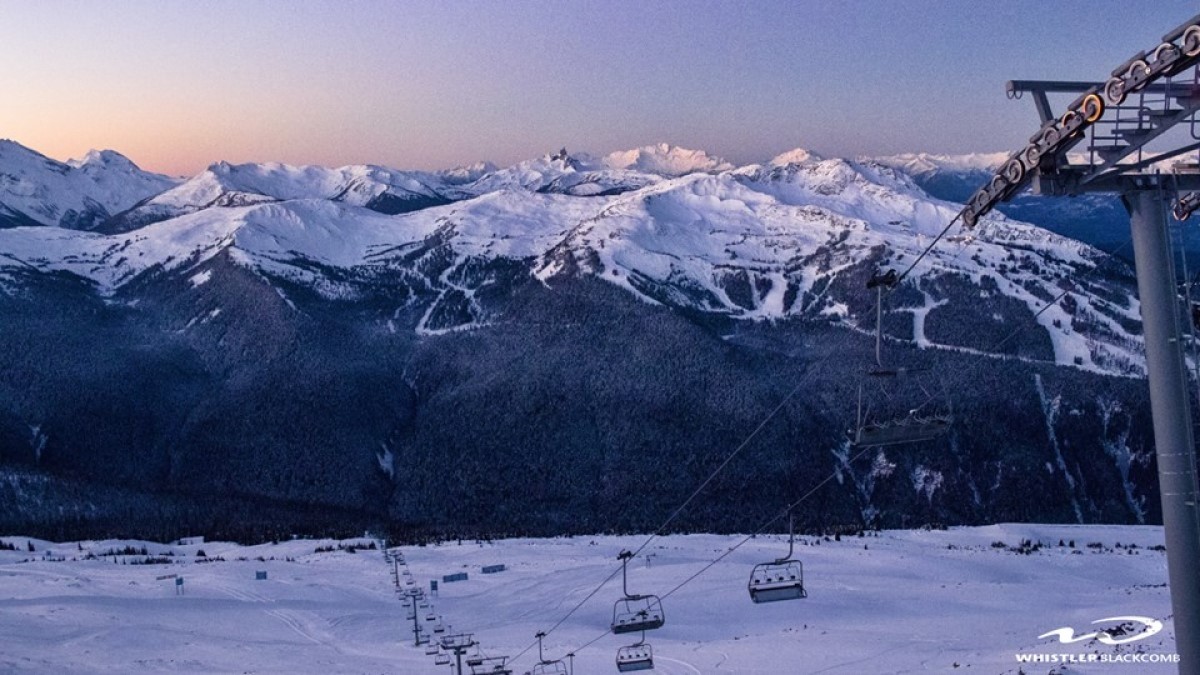 Multiple storm systems and a steady plume of moisture will stream into the Pacific Northwest, bringing big totals into the weekend.

This week, all eyes are on the Northwest as a parade of storms brings in mountain snow. Heavy snow fell Monday-Wednesday with as much as 1-2 feet of snow across the peaks of Washington, British Columbia, northern Idaho and northern Oregon. Schweitzer in Idaho picked up 11" and Lookout Pass measured 23"of new snow through Wednesday. 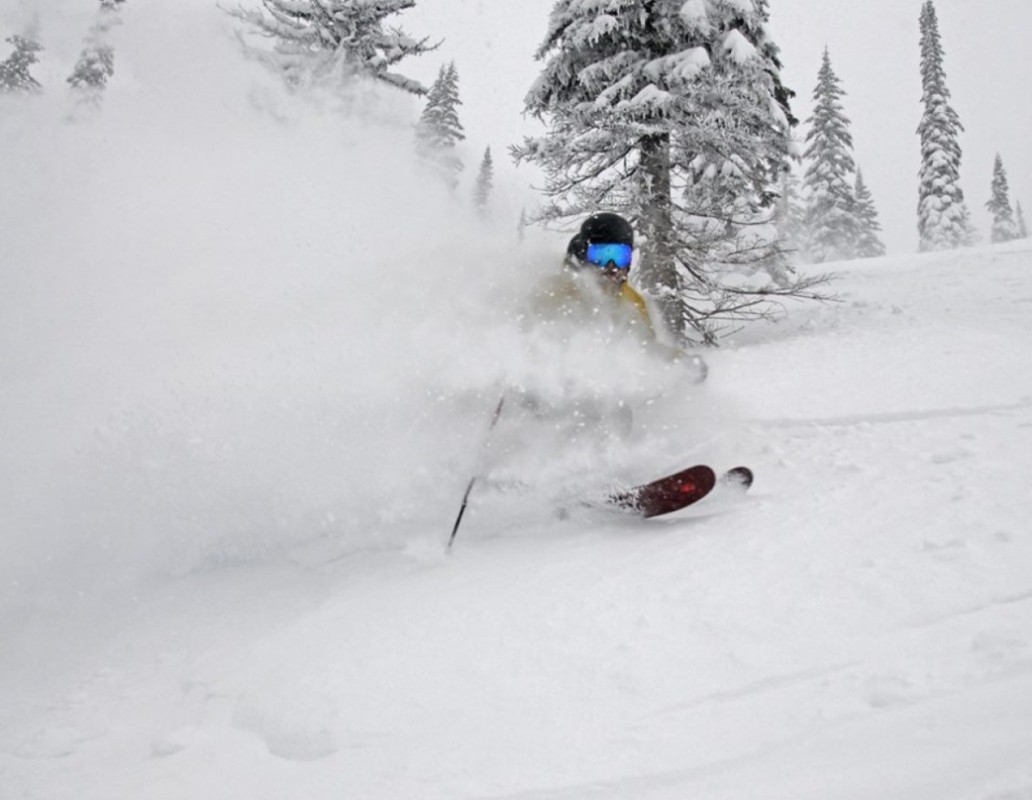 A steady plume of moisture streaming in Thursday-Friday (Dec. 13-14) will, again, target the Cascades of Washington, as well as the Coast Range of British Columbia with an additional 1-2 feet of snow possible, mainly over 3000’. Mt Baker, Stevens Pass, and Summit at Snoqualmie  will enjoy a great first few days of their season opening. Mt Washington, Whistler, Apex Mountain, and Grouse in British Columbia will also be great spots this weekend. 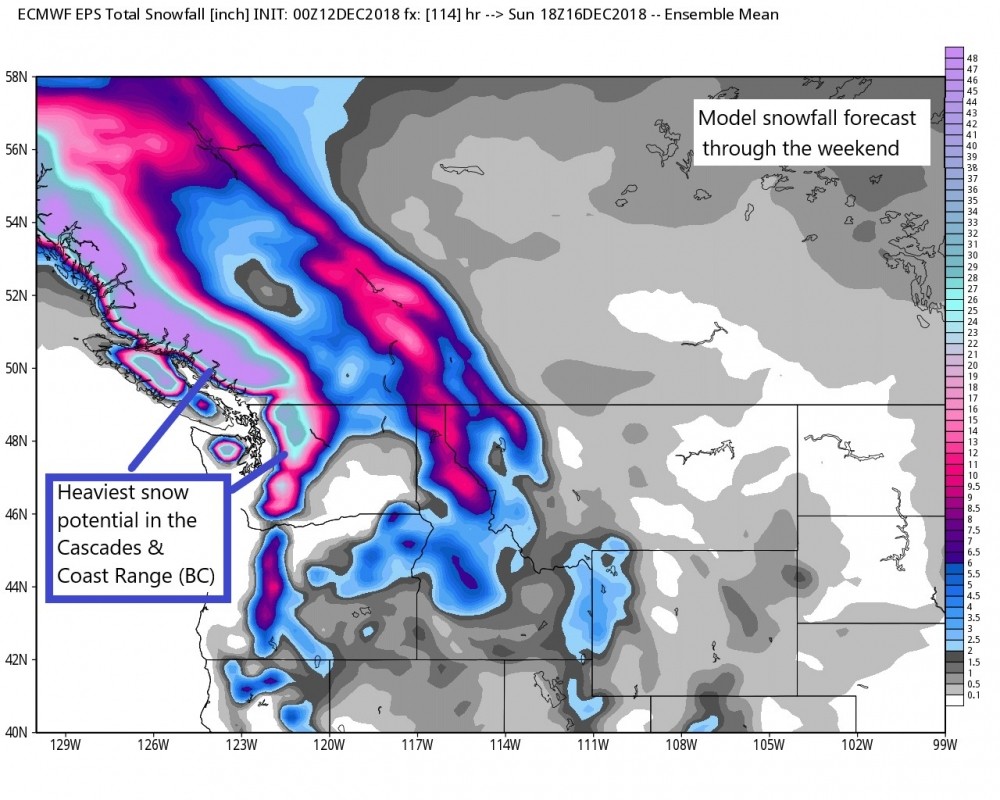 After epic amounts of snowfall for many North Carolina ski areas last week (1-2 feet), many Southeast mountains continue to have an amazing start to December. Beech Mountain in North Carolina boasts an incredible 2 feet of fresh snow after last week's storm. 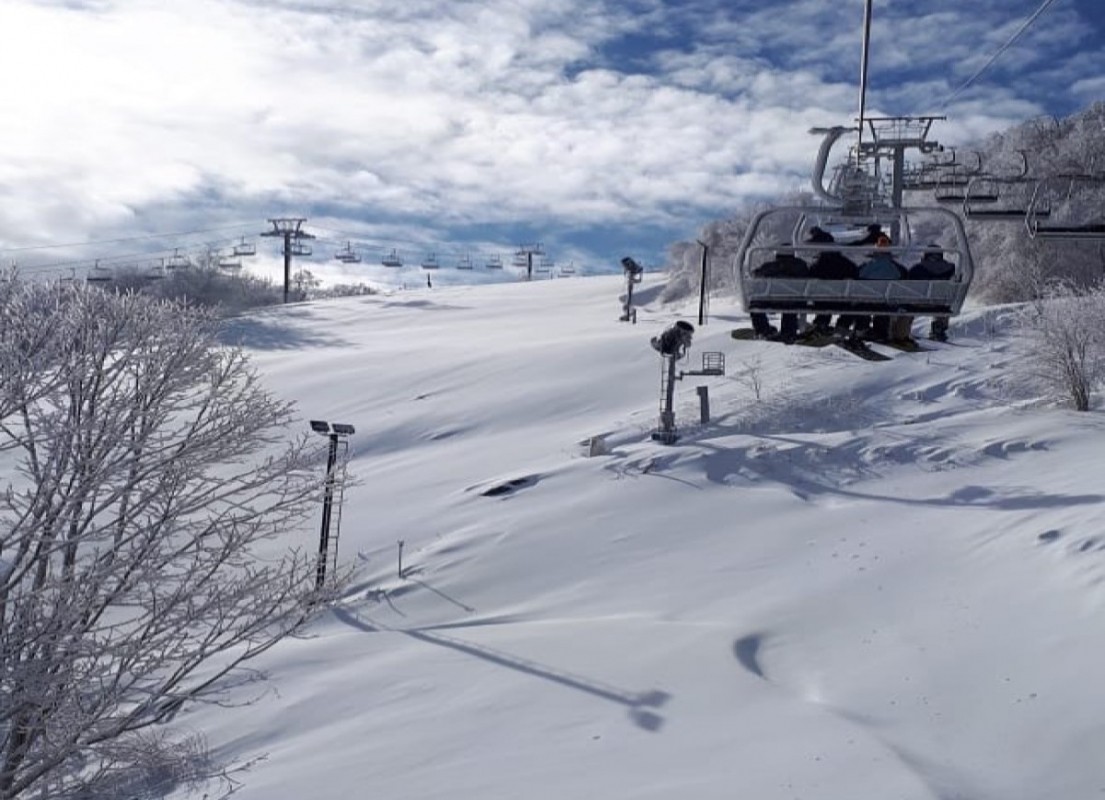 Midwest mountains are also off to a great start. Looking forward, a milder stretch of days for the East. This will compact any recent snow, and make for soft conditions. Many of the final openings of the season happen through this weekend across the East. Cold air returns by Monday and Tuesday of the upcoming week, so any leftover moisture in New York and New England could bring some light accumulation, a few inches, by then.

Be sure to check back every week to see what we're monitoring in the forecast for best ski and ride conditions across North America.