SnoCountry SnoCast: April To Begin Colder For Many Mountain Resorts

The cold may push back closing dates. (Squaw|Alpine/Twitter)

Winter weather will be hanging on for the first week of April in many areas, especially to the north.

A majority will see a drier weather pattern this week, but wintry conditions will persist in the Pacific Northwest. The Cascades of Washington and the Rockies of British Columbia, northern Idaho, western Montana and northern Wyoming will see the most snow through Monday, April 2. 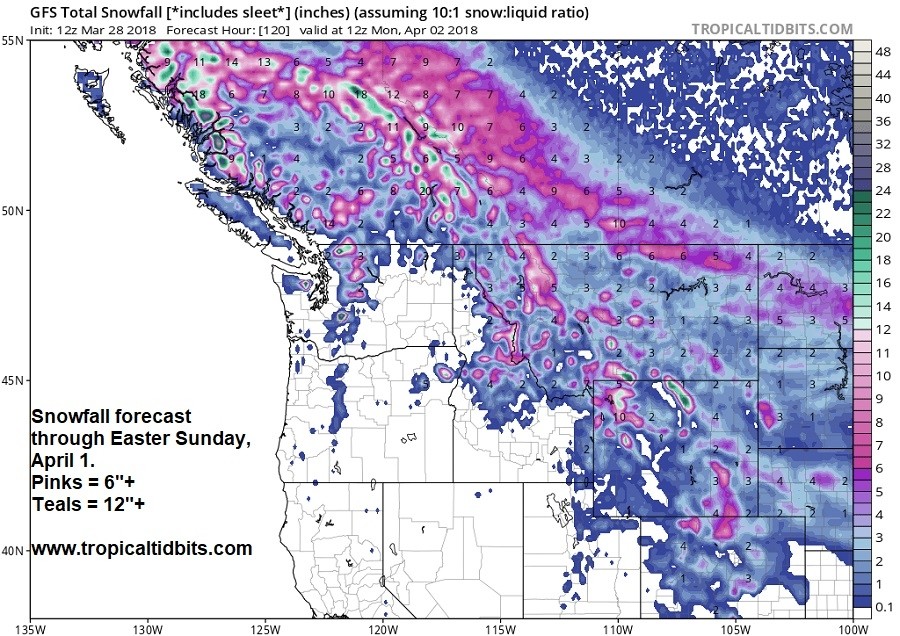 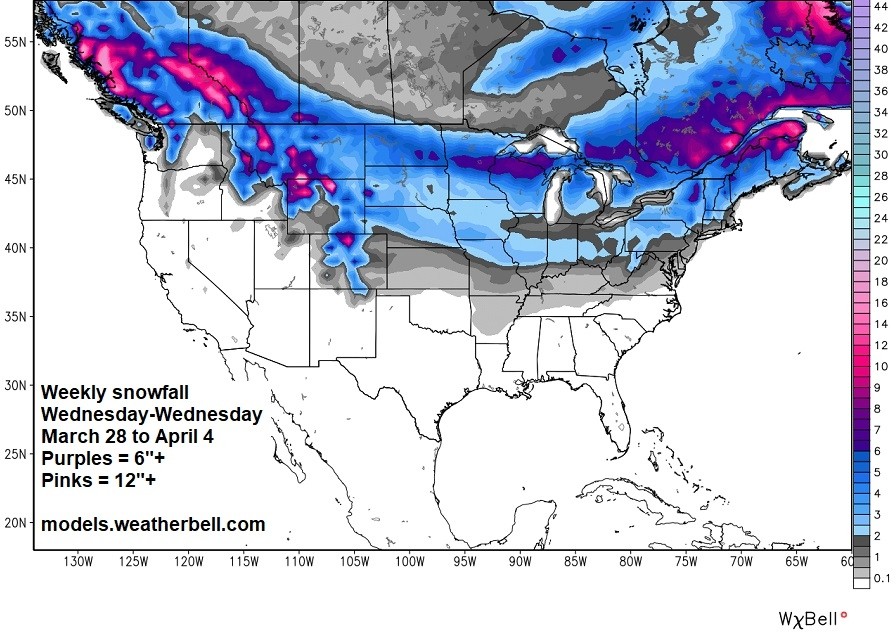 An active storm pattern will bring several rounds of wintry precipitation and cooler temperatures heading into the Easter weekend and the first week of April over the northern states. A cold front, over the Great Lakes Thursday morning, the 29th, will bring widespread rain and a little snow over the Great Lakes and interior Northeast as it slides off the Atlantic Seaboard Friday afternoon. Temperatures will cool off following Friday’s cold front with daytime temperatures mainly in the 30s over northern mountains this weekend. 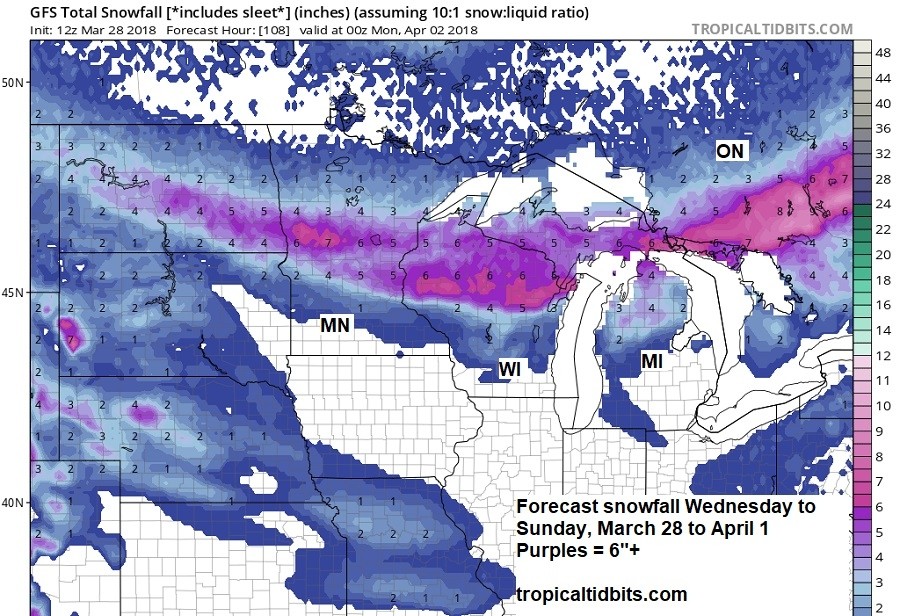 A more widespread round of snow and wintry precipitation will pass along the Canadian border Saturday night and Easter morning. Yet another system sliding through the southern Appalachians on Monday could bring a brief wintry mix to the Alleghanies and Blue Ridge. Through Wednesday the 4th, snowfall tallies will likely range from 2-4” over interior Northeast mountains to 4-7” over the Upper Great Lakes, central Ontario, and southern Quebec. This week we like Michigan’s Big Snow, Ontario’s Searchmont, and Vermont’s Smugglers’ Notch. 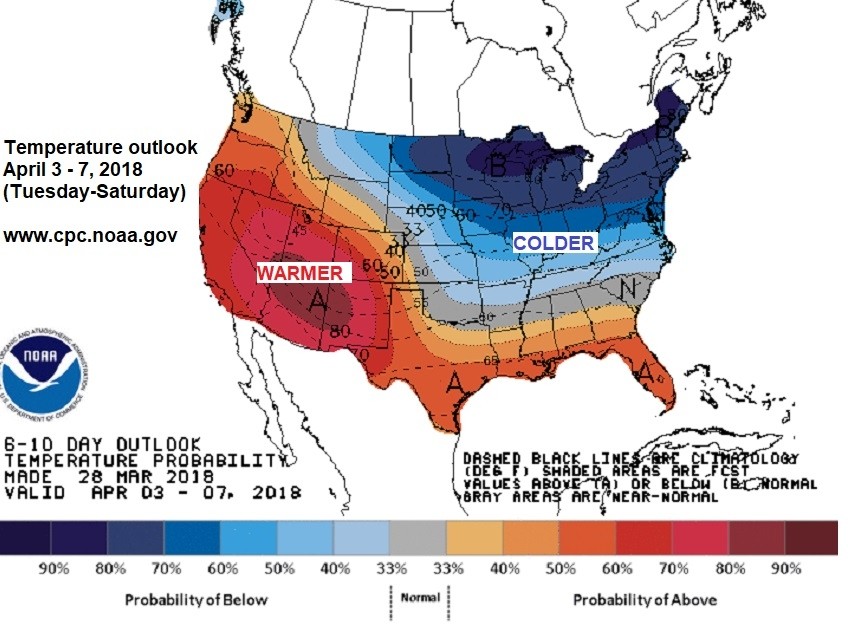