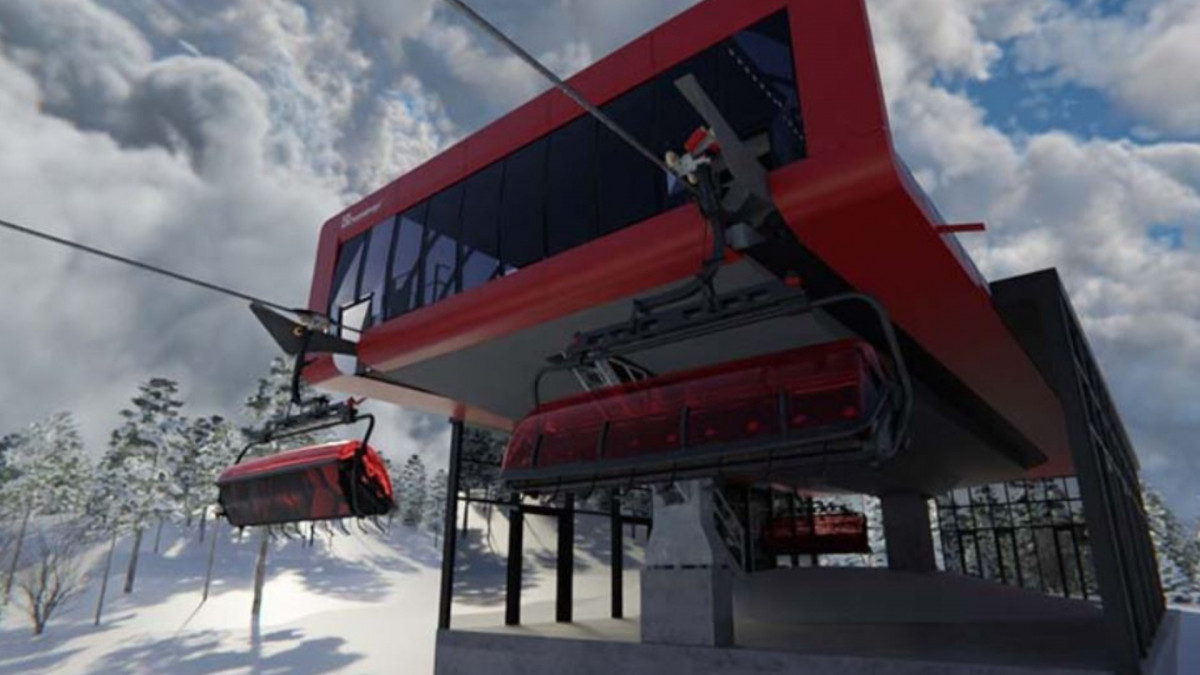 The Jordan 8, a new Doppelmayr D-Line chairlift that is among the most advanced in the world, features weather-blocking bubble covers and will access terrain on Jordan Bowl and beyond.

As the next major step in the Sunday River 2030 plan for enhancing the guest experience, Sunday River is scheduled to install the fastest 8-person chair in North America for the 2022-23 winter season. The Jordan 8, a new Doppelmayr D-Line chairlift that is among the most advanced in the world, features weather-blocking bubble covers and will access terrain on Jordan Bowl and beyond.

The first of its kind in Maine, the Jordan 8 is the new standard in lift technology, featuring ergonomically shaped, extra-wide heated seats and the world’s first bubble in signature Sunday River Red on each chair. The Jordan 8 also addresses decades-long challenges with reliability in the wind, thanks to the new lift’s design and a planned reconfiguration of the top terminal. Additional safety features include an adjustable loading carpet to allow children to load the lift easily, and automatic unlock safety bars that lock into place at the start of the ride and unlock in the top terminal.

“We are proud as a team and so excited to bring the latest Doppelmayr technology to Sunday River,” says Stephen Kircher, CEO of Boyne Resorts. “With each milestone in the Sunday River 2030 plan, Boyne Resorts is enhancing the experience across the board with major investments in infrastructure. This chairlift sets the stage for a massive expansion in the future.”

“The Jordan 8 is a significant jumping off point for the Western Reserve, creating a portal that could double our skiable terrain in the coming decades,” says Dana Bullen, president of Sunday River. “This lift also acts as an immediate catalyst for upcoming renovations to the Jordan Hotel, new activities and amenities, and more.”

The Jordan 8 is one of three chairlift upgrades to come in the next three years. The resort is currently installing a Doppelmayr fixed-grip triple chairlift on Merrill Hill, a new real estate development featuring mountaintop home sites. Merrill Hill’s lift and ski terrain are expected to open for select dates only during the 2021-22 season, with a grand opening scheduled for winter 2022-23. The current Jordan Bowl Express, a high-speed quad, will be redesigned and rebuilt on Barker Mountain to replace the Barker Mountain Express for winter 2023-24, sporting a 33% increase in uphill capacity and a 25% increase in speed.