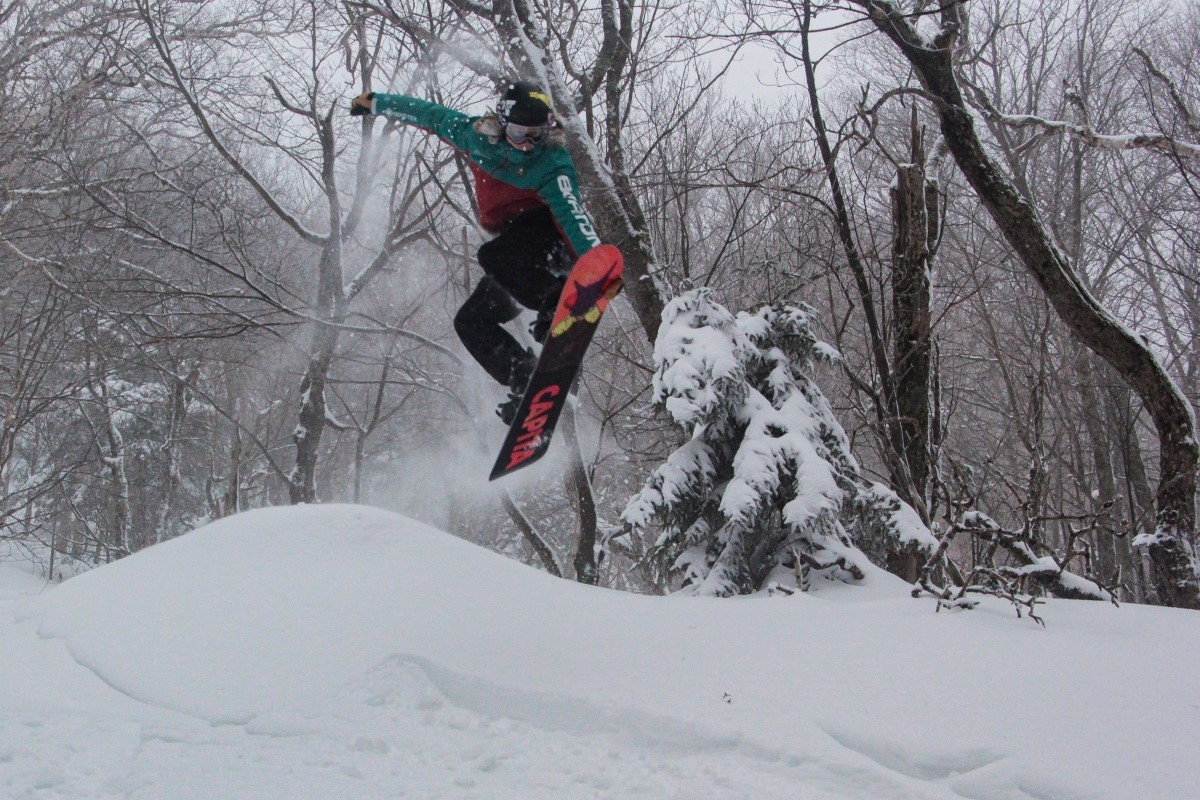 A storm targets the northeast to finish this week, with fair conditions this weekend around Jay Peak, Vermont (Jay Peak/Twitter)

February can bring some healthy storms around North America, and this week proves that. The Rocky Mountains and Northeast have storms ahead that will keep you itching to hit the slopes. Here’s where to expect the best conditions.

This winter has been fickle for the east, and this next storm is no exception. Another close call on a wintry mix/snow line in southern New England, but finally a solid snow expected for parts of Northern New England. A system will push into the northeast, starting as a burst of snow Thursday for New England, then transition to a wintry mix from south to north for many through the night into early Friday. However, enough cold air will stay locked in northern NY, northern New England, and southern Quebec with potential for some sweet spots and heavy accumulating snow. As this storm intensifies and lifts away Friday, another burst of snow and a return to colder air is in store. Just how much cold will alter snow expectancy by each mountain locale. Expect generally 3-6” of snow Thursday in the colder/all snow regions near the Canadian border, with another 6-12" more adding on at the tail end Friday.  Easy math....means parts of northern New England get 1-2 feet with this storm!

Look north for this week's best bets, including Whiteface, Jay Peak, Mont Orford, Bretton Woods, and Sugarloaf for best conditions early Thursday and again Friday into first chair Saturday. Conditions will clear out for the weekend with fair skies for nearly all areas of the northeast to enjoy. 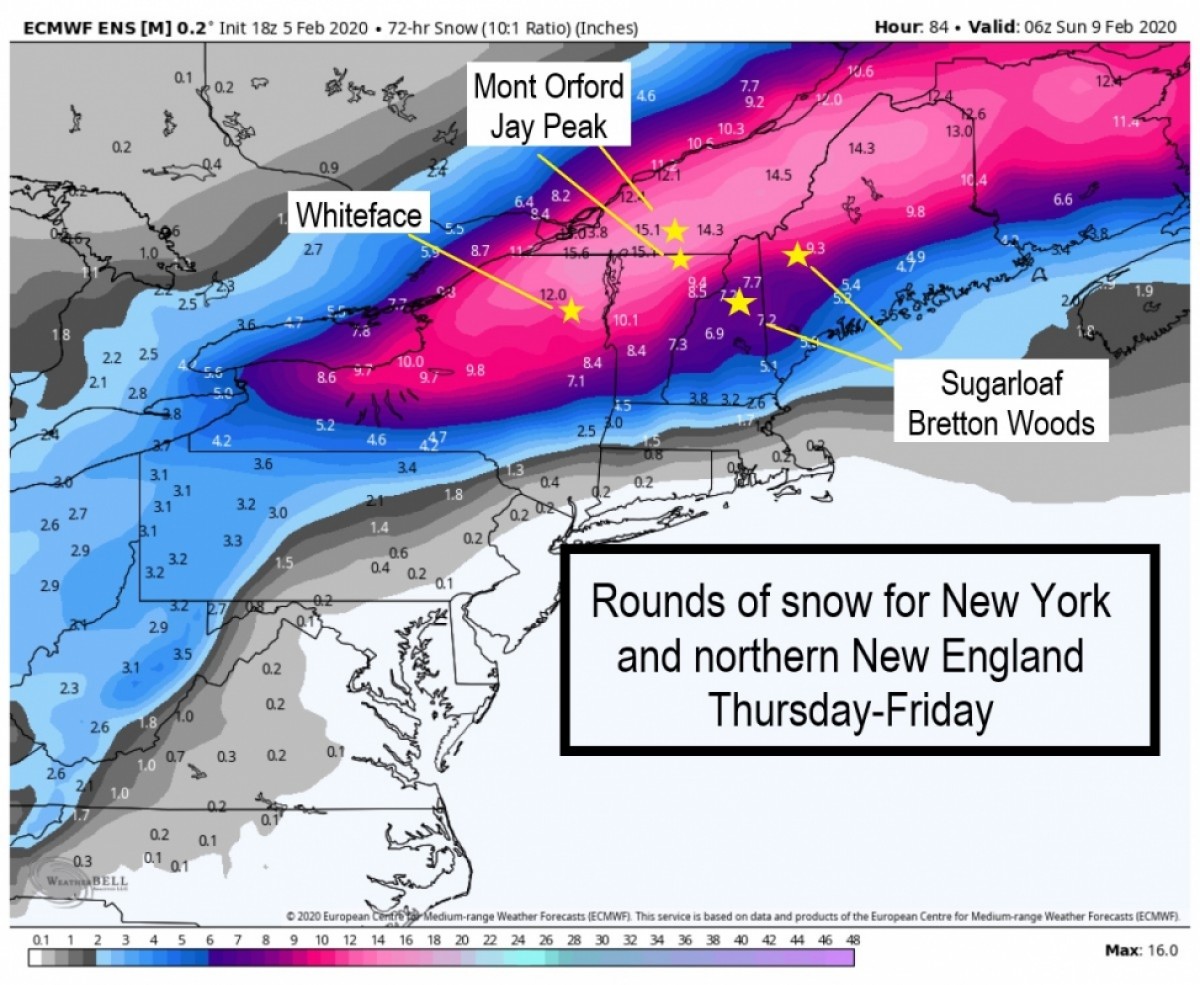 A busy outlook for the west with plenty of cold air locked in, and a couple of storms to follow. Expect fairly persistent snow over the entirety of the Rockies from Idaho to Colorado Thursday and Friday, where a general 5-10” will add up. More than a foot is likely over the higher peaks, on the order of1-3 feet (stay on trails, friends, avalanche danger increases with this persistent snow and wind). The Rockies quiet down by the weekend, but a new storm will target coastal British Columbia and the Northwest U.S. late Friday, bringing a widespread 4-8” over B.C. coastal range, the Washington and Oregon Cascades, and the peaks of Idaho, with (again) higher amounts over a foot at the highest peaks. This snow overspreads the rest of the Rockies through Saturday, allowing additional modest accumulation.  Best bets Thursday and Friday include Jackson Hole, Montana Snowbowl, Bridger Bowl, and Steamboat. For the weekend, look farther northwest to Stevens Pass, Mount Washington Alpine Resort, Apex, and Schweitzer. 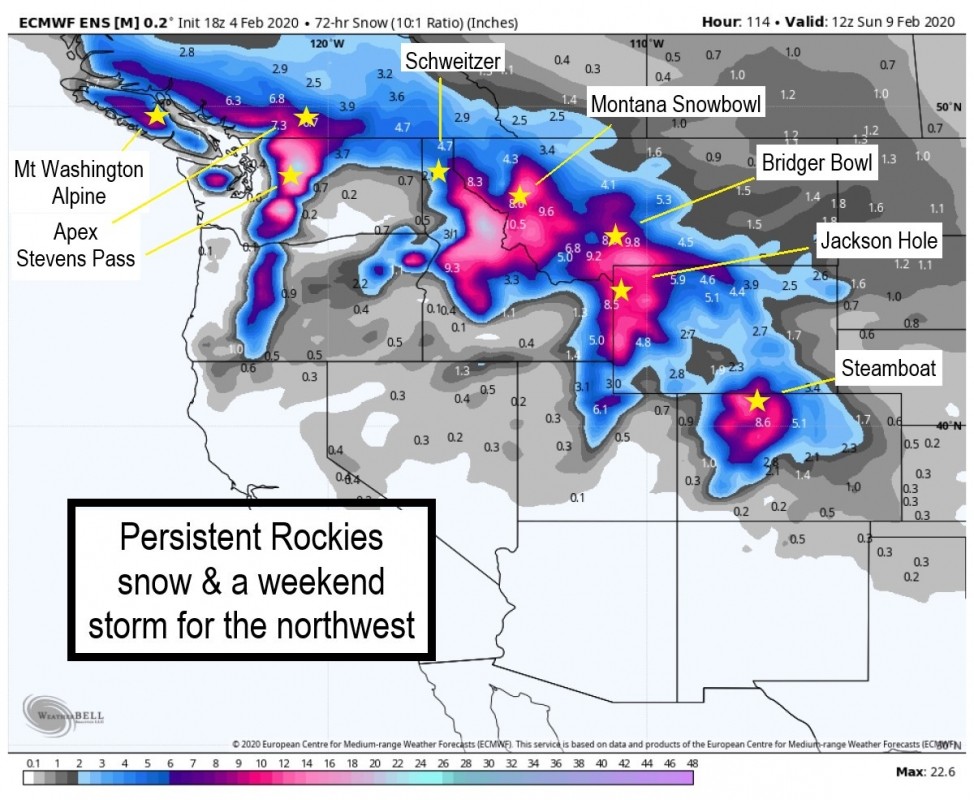 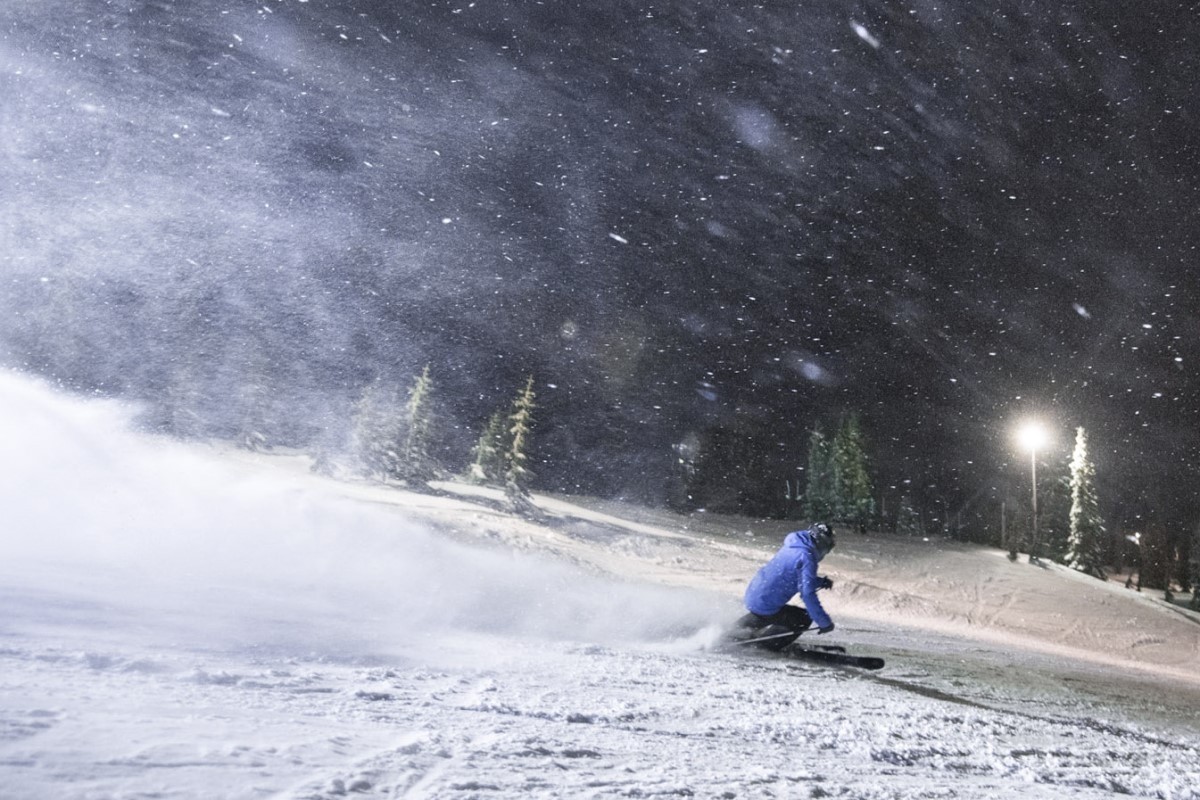 Be sure to check in again next week for SnoCast to find the best ski and ride conditions around North America.