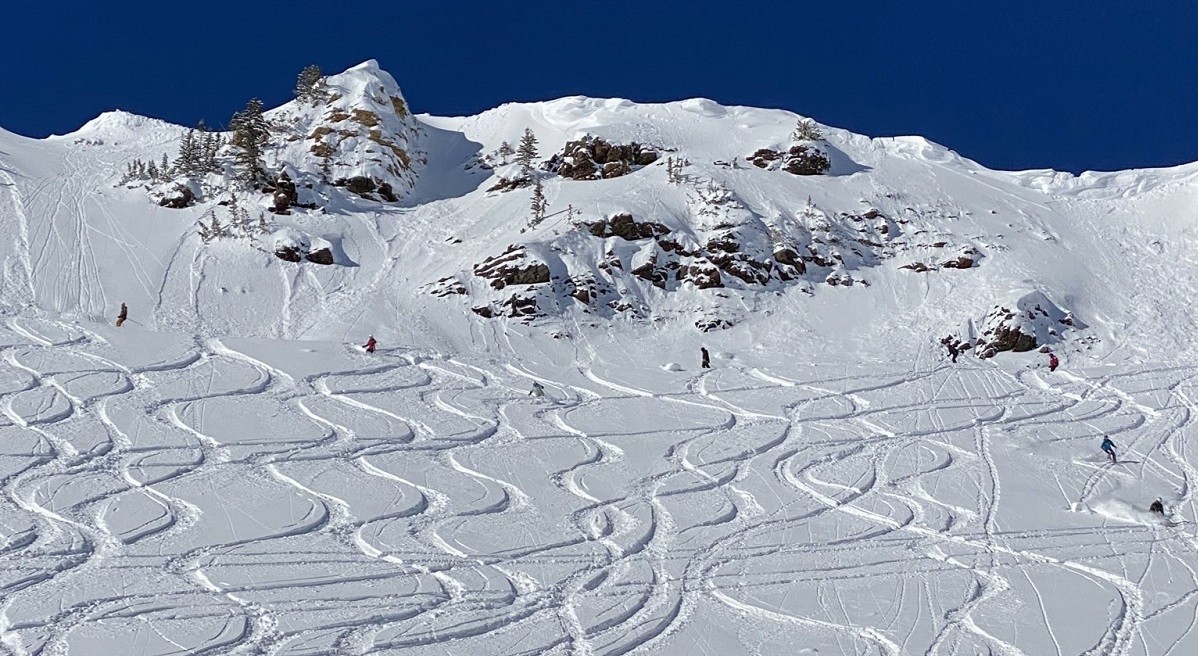 Snowbird in Utah will have fresh snow in time for the holiday weekend. Twitter.com/Snowbird

Following milder weather that has brought mixed precipitation storms, a solid snow is on the way for many. This is the best-looking system in a little while!

Nationally, we are getting a coast-to-coast storm this week and it will drop quite a bit of snow from the Sierra Nevada to the Appalachians. Here’s a look. 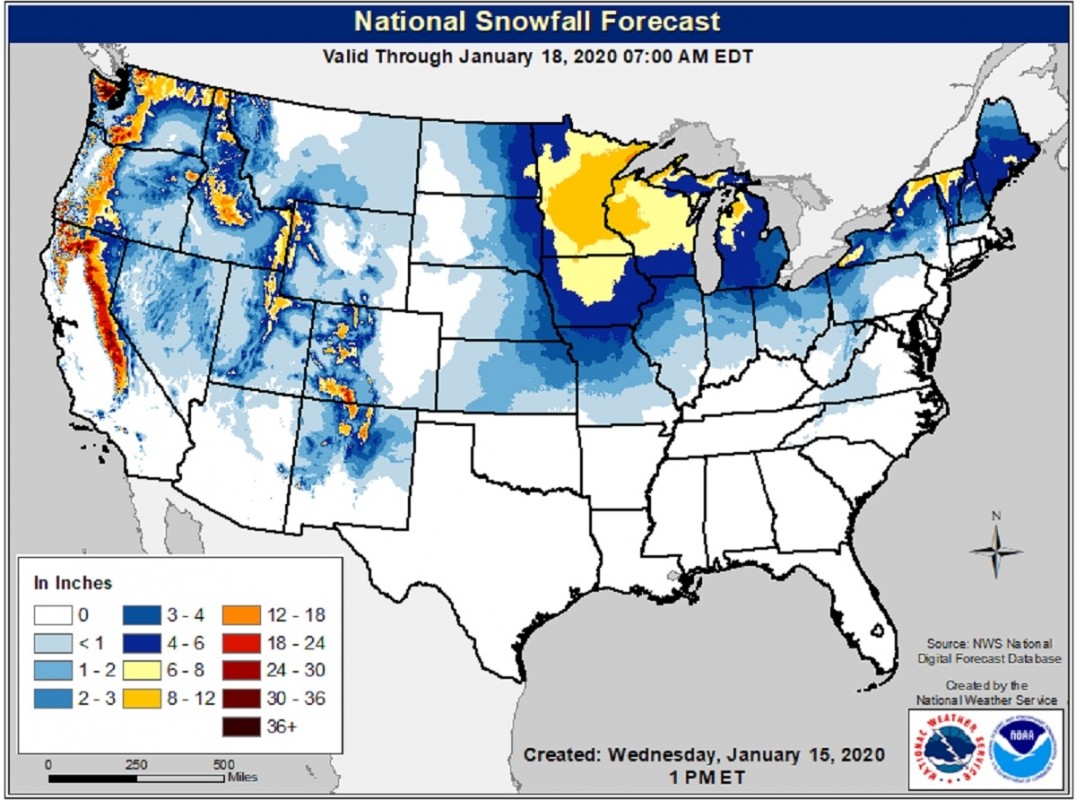 Apart from the aforementioned storm, a quick-moving system will bring light snow to New England and southern Quebec Thursday, January 16th. This will result in 2-4”, highest amounts near the Canadian border. Then our attention turns to the upper Midwest Friday and Saturday. Heavy snow will be likely for Minnesota, Wisconsin, Michigan and Ontario. Snowfall will be 6-12” with isolated spots up to 16”. 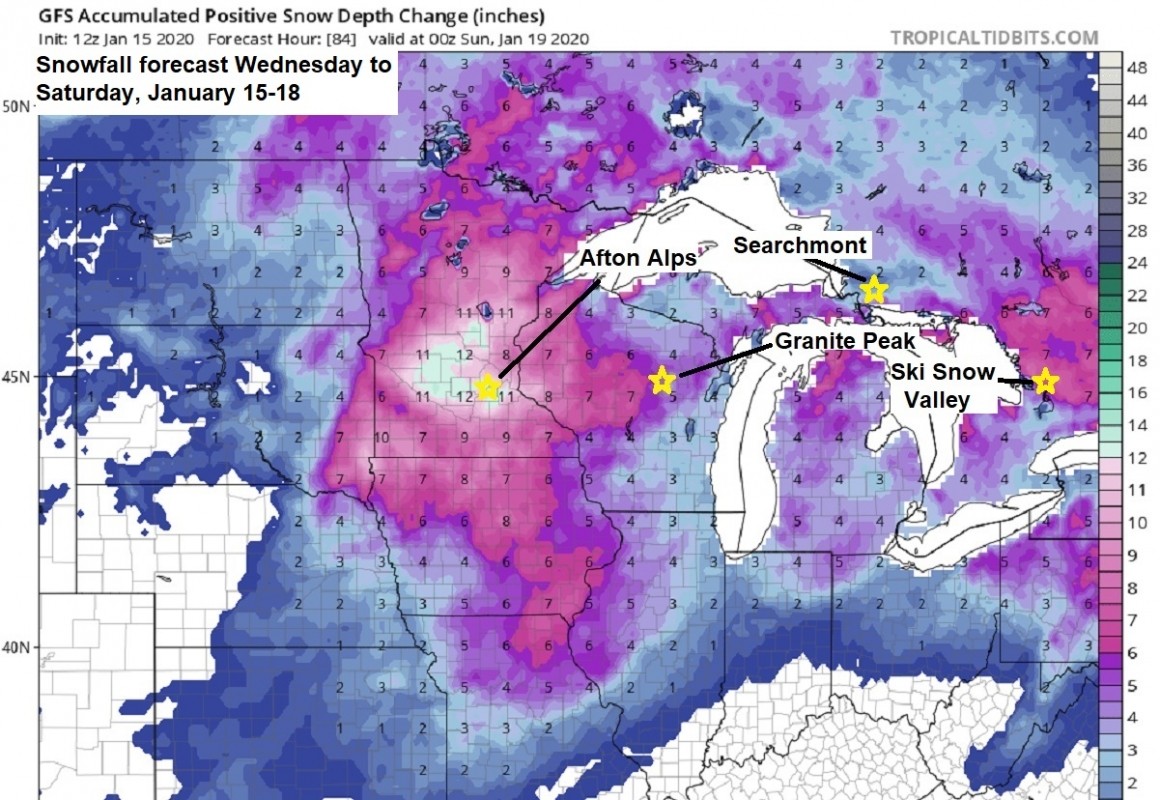 The weather system then moves into the Northeast and Quebec Saturday afternoon. Snowfall should reach down to Pennsylvania and West Virginia. It will end Sunday with 5-10” and some locally higher amounts. 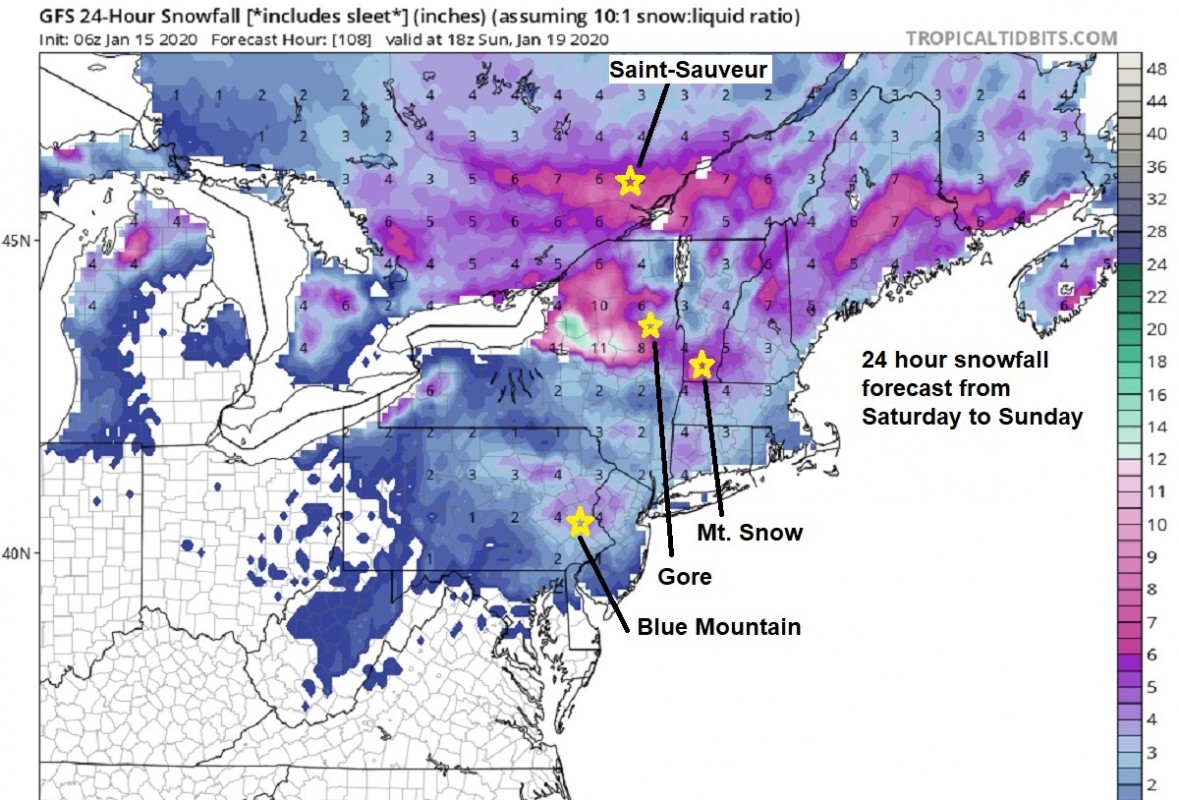 This coast-to-coast storm will have arrived in the Pacific Northwest by Thursday morning, January 16. This will mean snow and wind for British Columbia southward to California. The storm will evolve across most of the West Friday and many spots will receive 12-24”! There will be some lesser amounts along the Rockies, but still very decent just in time for the MLK Jr. holiday weekend! 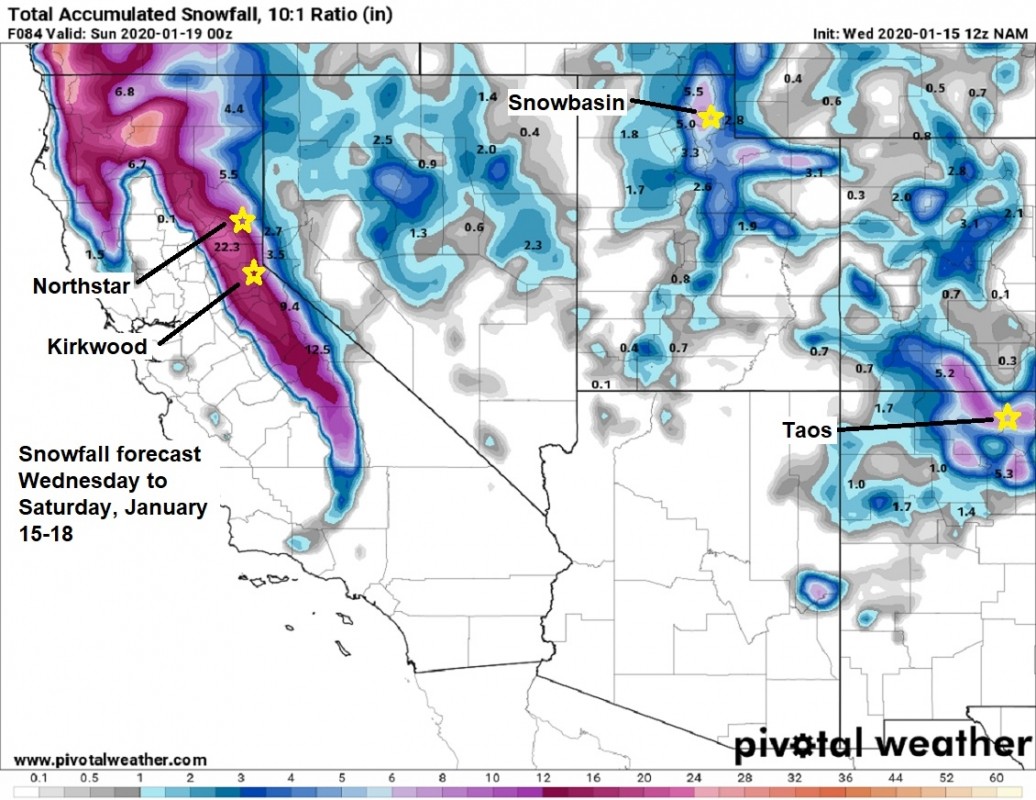 Snow showers continue in western Canada Saturday and Sunday while both days stay seasonably chilly. The next storm to watch will be Tuesday, January 21. This week we love Snowbird, Taos, Northstar and Kirkwood. We’ll see you next week for our detailed weather forecast here on Snocountry.com!