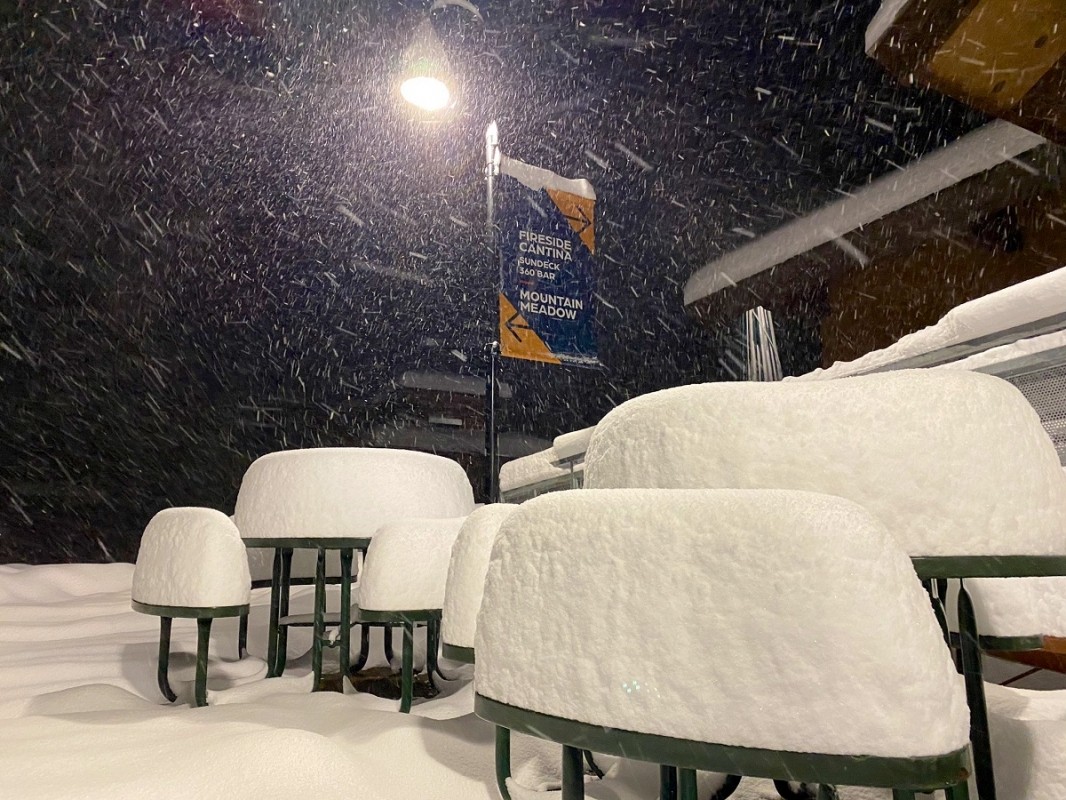 Crystal Mountain in Washington is poised to receive a lot of snow from an atmospheric river.

An active weather pattern will bring storm after storm to parts of the country, allowing for more resorts to open for the season, while other areas can expect improving winter conditions.

Significant winter weather systems are expected across the Pacific Northwest this week. The phenomena called “atmospheric river” will likely begin to flow. Think of it as a Pacific pipeline of snow. Before that river flows, a smaller winter storm will hit Washington state Thursday into Friday, snowing 4-8” above 3,000 feet elevation. Then the big one will arrive. 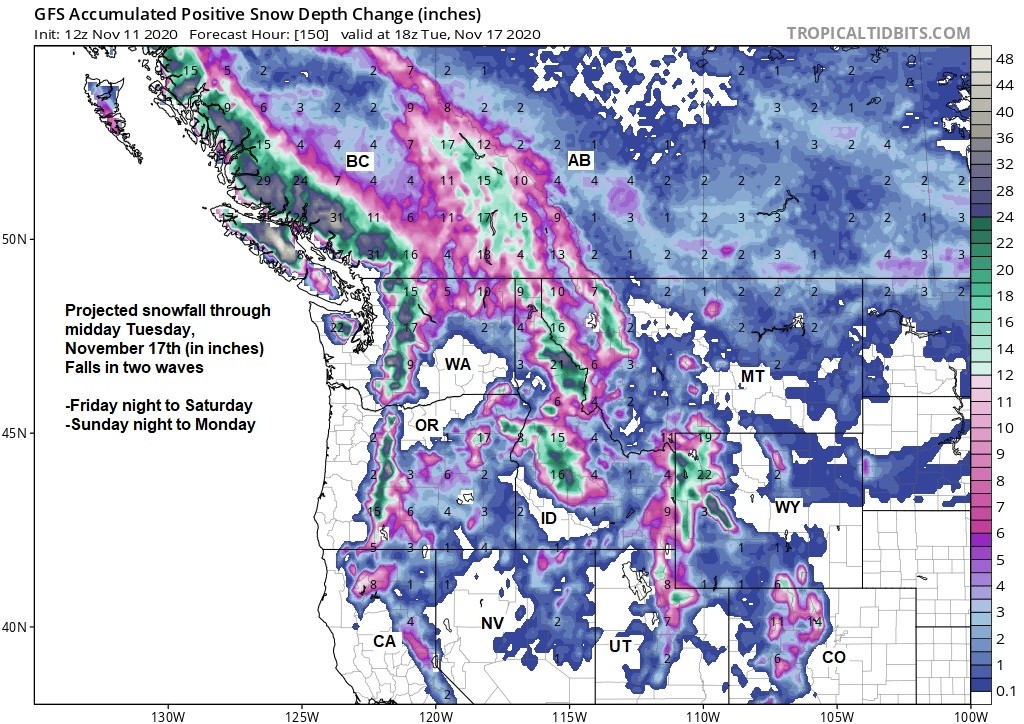 On Friday, a strong winter storm will unfold across southern British Columbia, Washington, Oregon, Idaho, and northern California. By Saturday, it will spread across the rest of the Rockies, stretching as far south as Utah and Colorado. Many will get 6-12” of snow, but 12-36” of snow will be possible in parts of Washington, Oregon, and Idaho through Sunday morning. Another atmospheric river could take aim at Oregon beginning Sunday. This will be a focused area of snow, likely to lift north toward Canada by Tuesday. 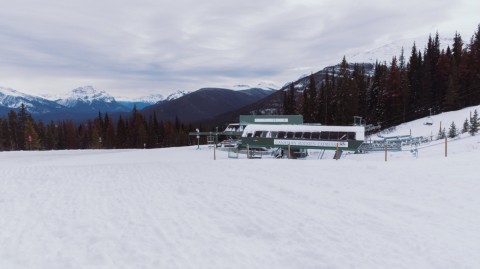 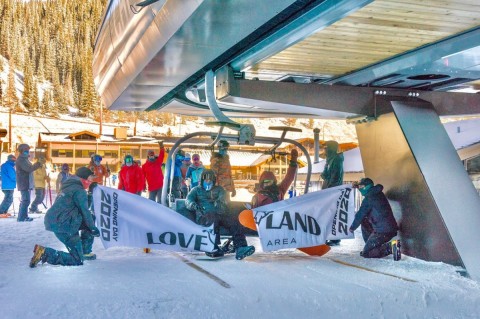 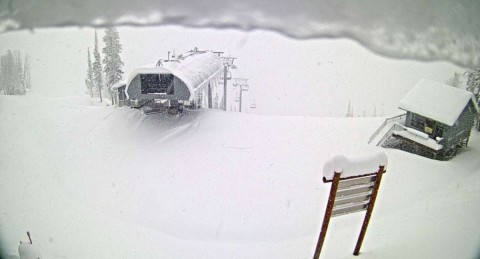 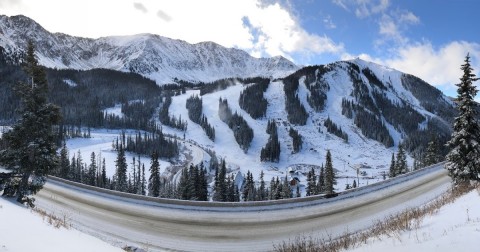 Several resorts opened this week and you can click/tap here to see a list of who’s open.

November has felt like September as of late, but that’s about to change. Finally Friday, a front will bring colder air and a wintry mix to interior New England. An inch or two of snow may fall in parts of Vermont, New Hampshire, and Maine. Saturday will feel like November! It’ll be seasonably colder, enough for snow making, while staying sunny. It will turn windy and warmer Sunday with scattered rain showers, then colder and windy Monday. Lake effect snow will be likely Monday into Tuesday as temperatures return to much colder numbers than recently. The cold will likely stick around until Friday, November 20th. 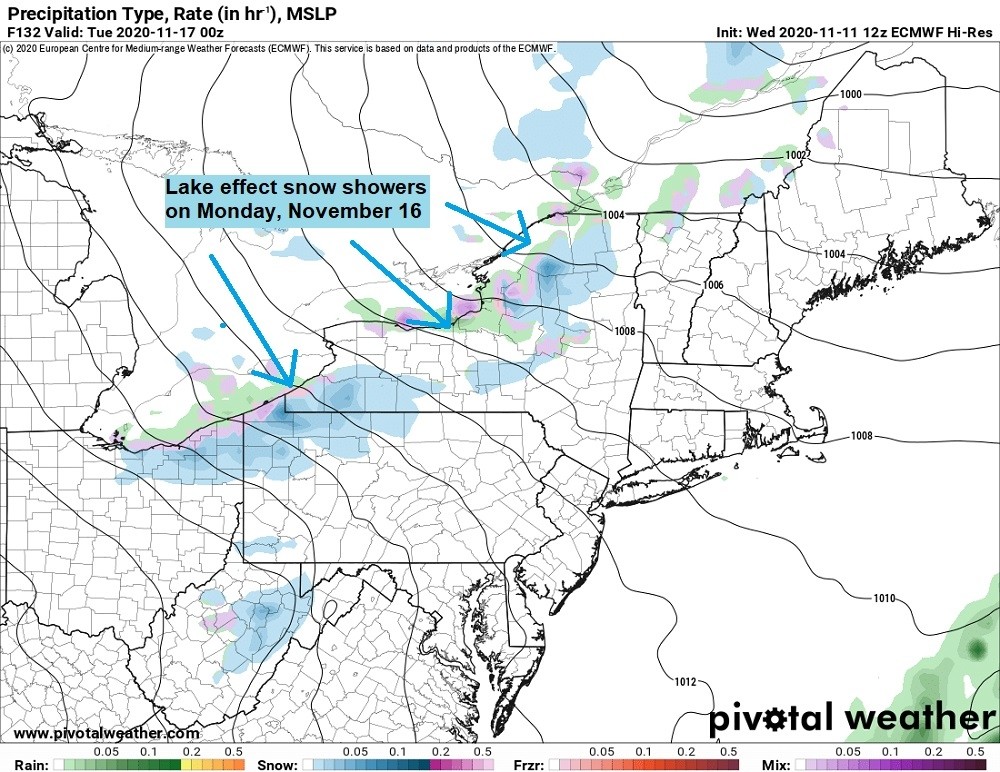 Be sure to join us next week for the updated weather outlook!