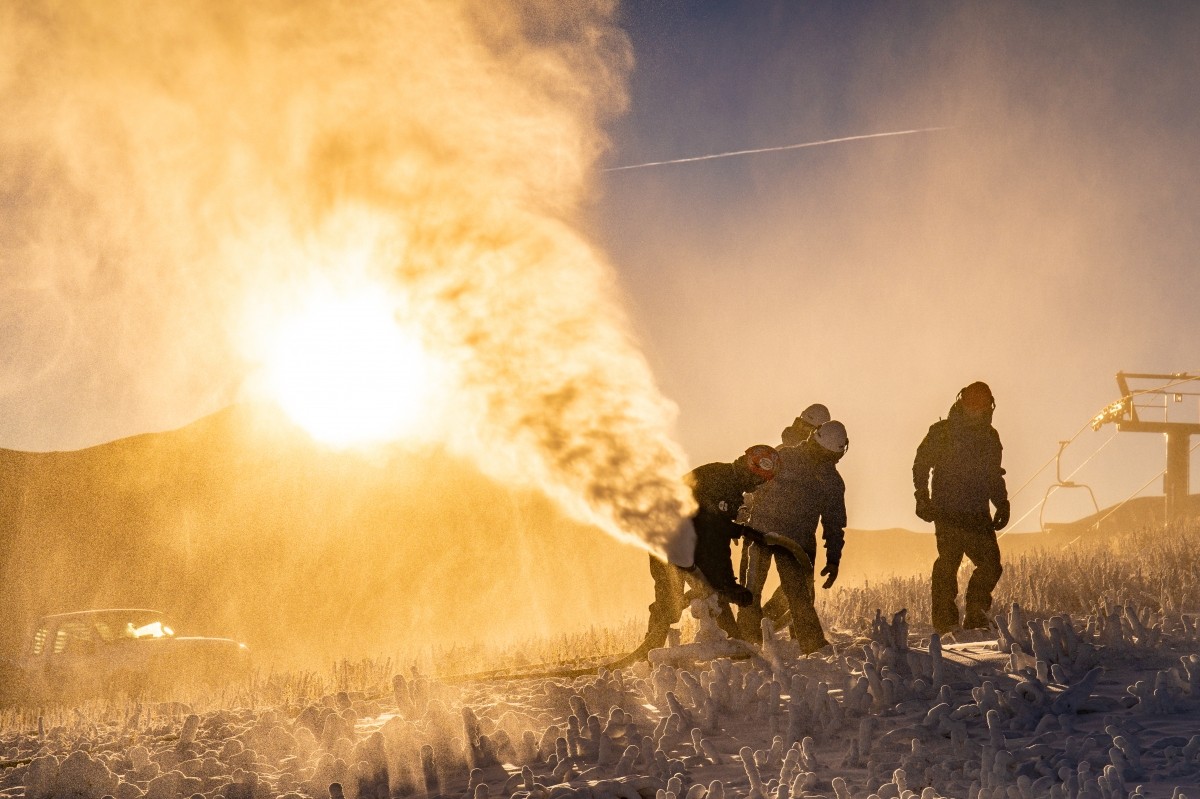 The leaves are changing, the air is turning colder, and that means ski season isn’t far away. We’re excited to kick off another season of SnoCountry SnoCast. Meteorologist Kerrin Jeromin breaks down the weather forecast around North America each week so you know where to find the best conditions on the slopes.

We know this year will be a different kind of ski season than ever before, and planning ahead will be crucial to finding the best conditions on the slopes. This year, we’ll look ahead a little farther in the forecast, detailing storms within the next 1-5 days, and looking ahead at the weather pattern out 6-14 days whenever possible.

Here's the 5-day upper level pattern as compared to average. Generally, the east will be cool and unsettled, while the west stays dry and mild. 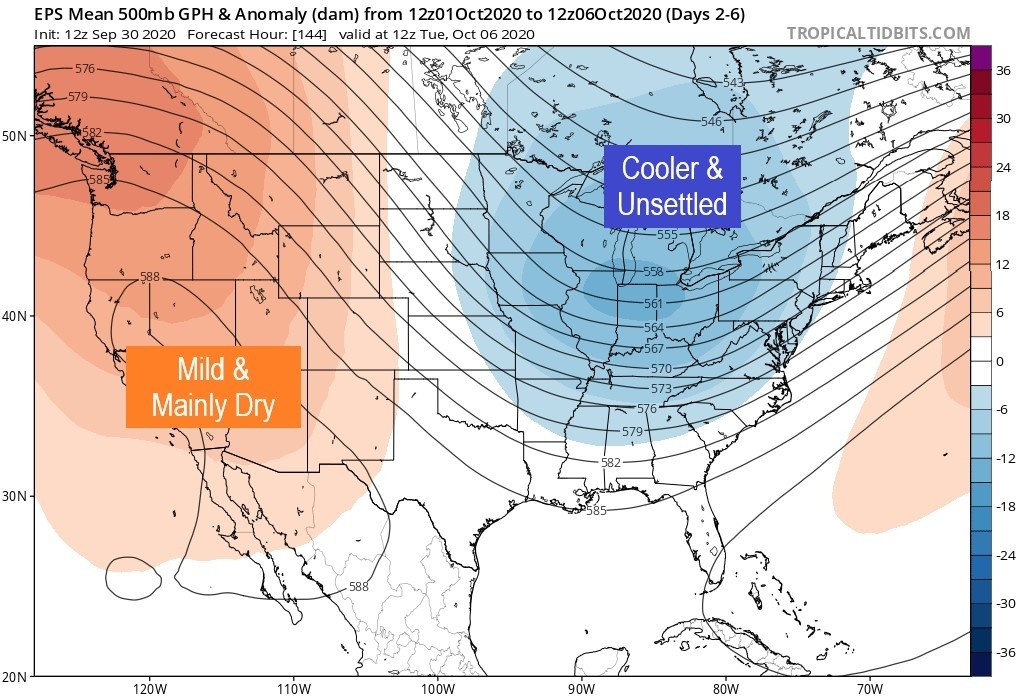 With ski season preparations underway this time of year, we’re looking for cold, dry conditions that will allow ski areas to test out the snow guns. For Oct 1-6, look to the eastern U.S. for cooler than average conditions and a few weak (mainly wet) storms scooting through. A few wet snowflakes will likely mix in for the Great Lakes and highest peaks of New England at times overnight as temperatures dip low enough. Temperatures for the far northeast and Great Lakes region will remain cold enough to test snow guns Friday-Sunday nights. Sunday River got to fire up the snowmaking earlier in September.

In the west, the Rockies got an early snowstorm around Labor Day -- just enough to tease our winter senses. Otherwise, persistent dry and warm weather has dominated most of the late Summer, which looks to continue into early October. Little or no precipitation is expected in the forecast through the first week of October for the western U.S. Look for a change to a stormier pattern around Oct 8-10 for the Pacific Northwest and Northern Rockies when snow will likely return to the higher terrain. For temperatures, the high elevations of the Rockies, which are naturally colder, may have more nights cold enough to test the snow machines, as Arapahoe Basin did in late September.

We’ll catch you each week for another edition of SnoCast throughout this winter season. Until then, enjoy the changing leaves, and know that you’ll be getting turns in on the trails soon enough.