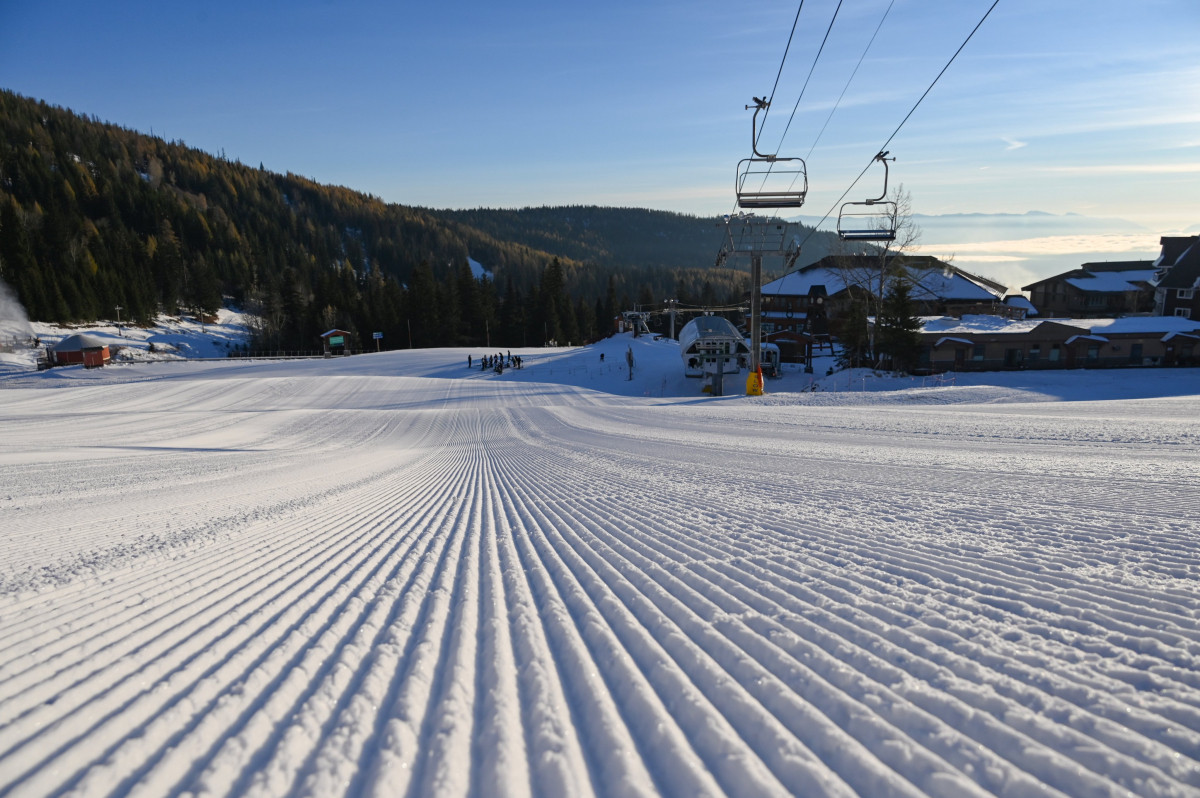 The holidays are officially here and so is ski season. Once you've finished up your Thanksgiving feast, gobble up the latest forecast in this week's SnoCast.

Let's start with a look at where the snow is now. The national snow depth analysis from NOAA shows about 24% of the lower 48 covered by snow. 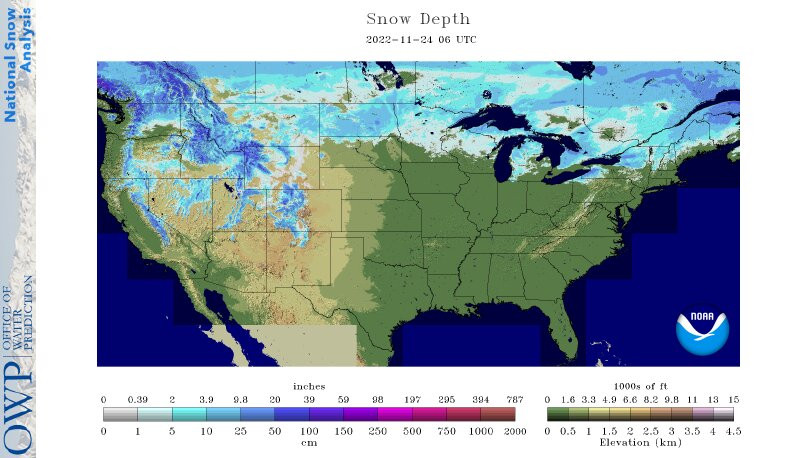 East: We have a delicious Thanksgiving Day on tap for the East with sunshine and pleasant temps. On Friday, a weak storm system passes through southern Quebec, which will deliver a light 1-3" of wintry mix over higher terrain (>2000') of New York, Vermont, northern New Hampshire, and some ski areas in Quebec . Light rain falls for lower elevations. Watch around Jay Peak, Whiteface, Stowe, Bretton Woods, and Killington for light snow accumulation by later Friday Saturday, which should leave behind a nice first chair Saturday as cooler air filters back in and sunshine returns. 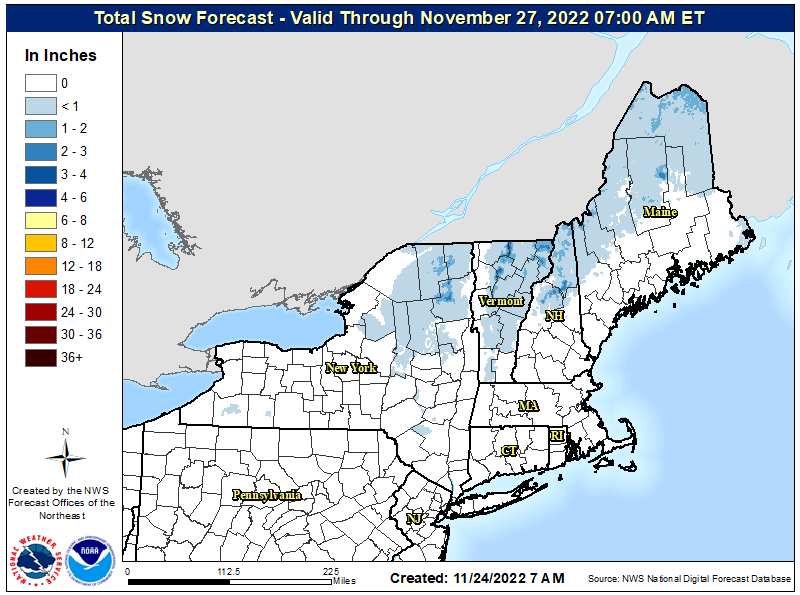 A warm up develops again Sunday for much of the East lasting through early next week. This sets the stage for another wet system on Monday. But, just like the prior system, colder air will follow with some very light snow accumulation possible on the backside of the system for far northern New England by Monday night. With temperatures on the border of the freezing line, the next system Thursday looks to feature a rain/snow changeover once again.

Check out snow reports and who is turning chairs in the Northeast, Midwest, and Southeast.

West: Outside of southern New Mexico (near Ski Apache) where snow is dumping this Thanksgiving Day, we'll generally see quiet and pleasant holiday conditions across the West before a turn to a more active storm pattern by the weekend and much of next week. 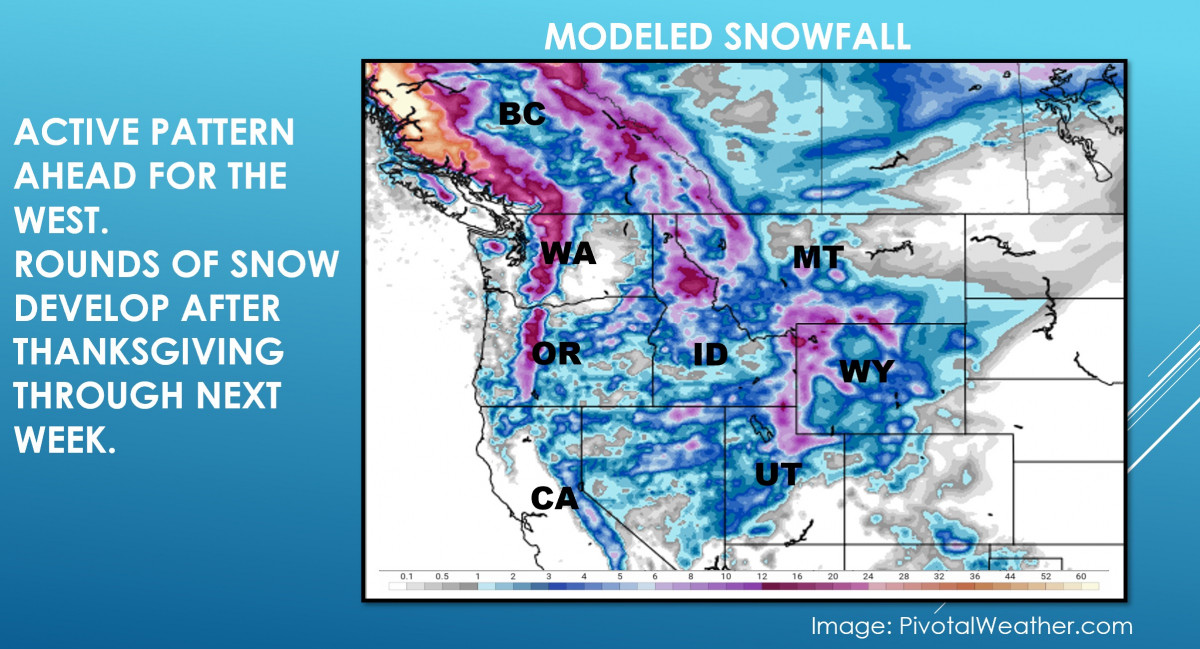 A series of storm systems will press across the Pacific Northwest and British Columbia beginning Friday. Waves of snow will fall over the Cascades, Coast Range, and northern Rockies (Idaho, Montana, and Wyoming) Friday night to Saturday and again Sunday delivering 6-12" of snow for many of the Northwest peaks. Watch around Whistler/Blackcomb, SilverStar, Summit at Snoqualmie, Mt. Baker, and Schweitzer for good snow through the weekend.

A more potent storm takes shape Monday and Tuesday across the West as the cold air dives farther south. We'll see potential for moderate to heavy snow across most of the Western peaks these days, including the northern Sierra in California, and the Four Corners states (especially Colorado) by Tuesday. Overall, a colder pattern remains for the West through much of next week. 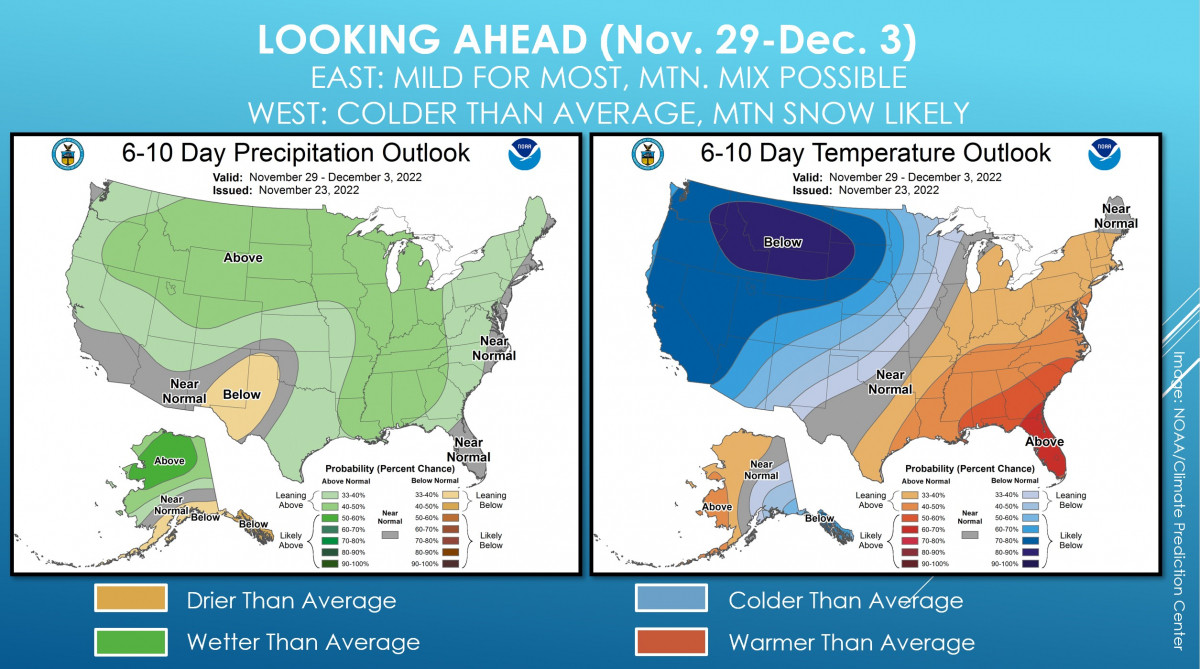 Have a happy Thanksgiving and be sure to check in each Thursday through ski season for a new SnoCast.