SnoCast: Flakes in the East, Storm Train Continues Out West 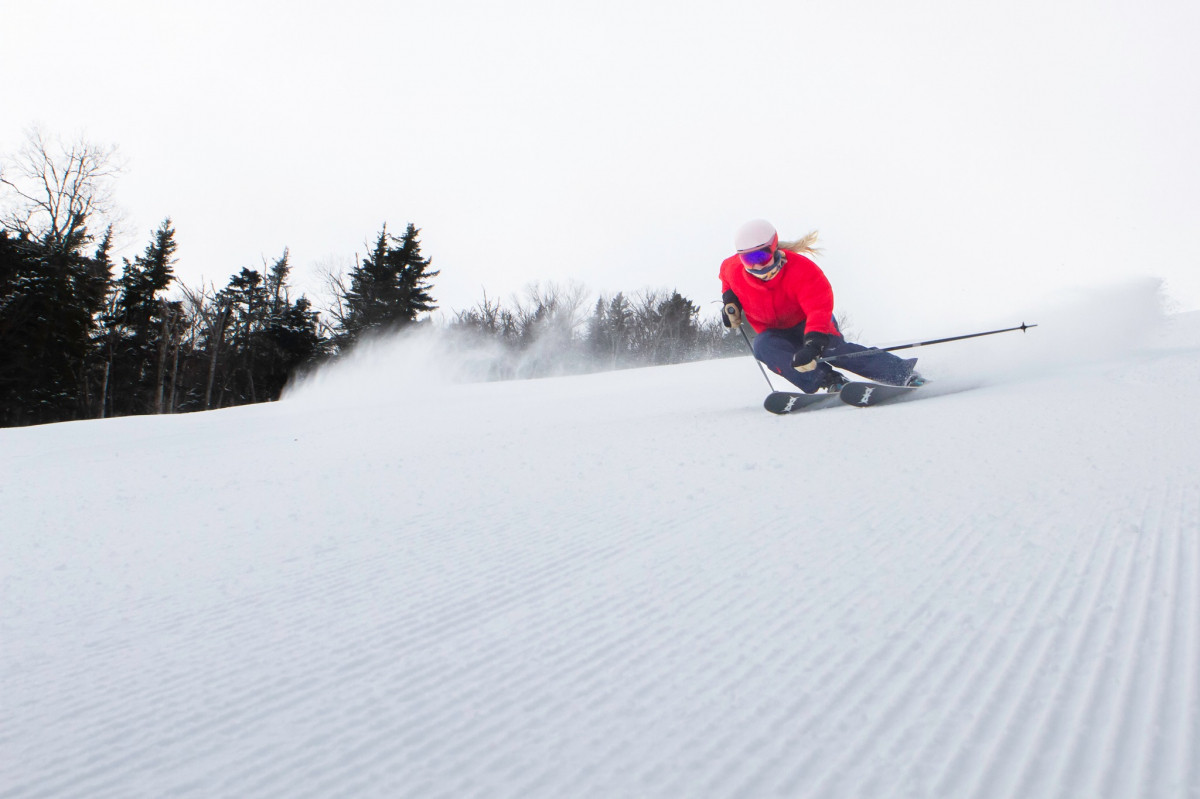 Each week, we're diving into the forecast nationwide with meteorologist Kerrin Jeromin to find the snow and bluebird skies. Here's what's on tap for January 12-17, with a peek ahead at the pattern through the end of January.

In this week's SnoCast, let’s start in the East where it’s looking a bit more like winter than, say, a month ago. A storm is lifting northeastward from the Ohio River Valley to New England Thursday and Friday, delivering both wintry weather and rain.

Expect a quick shot of snow, ranging from 2-5" (locally more) over New England and Maine Thursday before a warmer, wetter change takes over later by night. Unfortunately, this snow will compact and some will melt off with the rain by Friday. Not to worry, though, because once the storm pulls away, colder air and lingering upslope snow returns over the weekend. 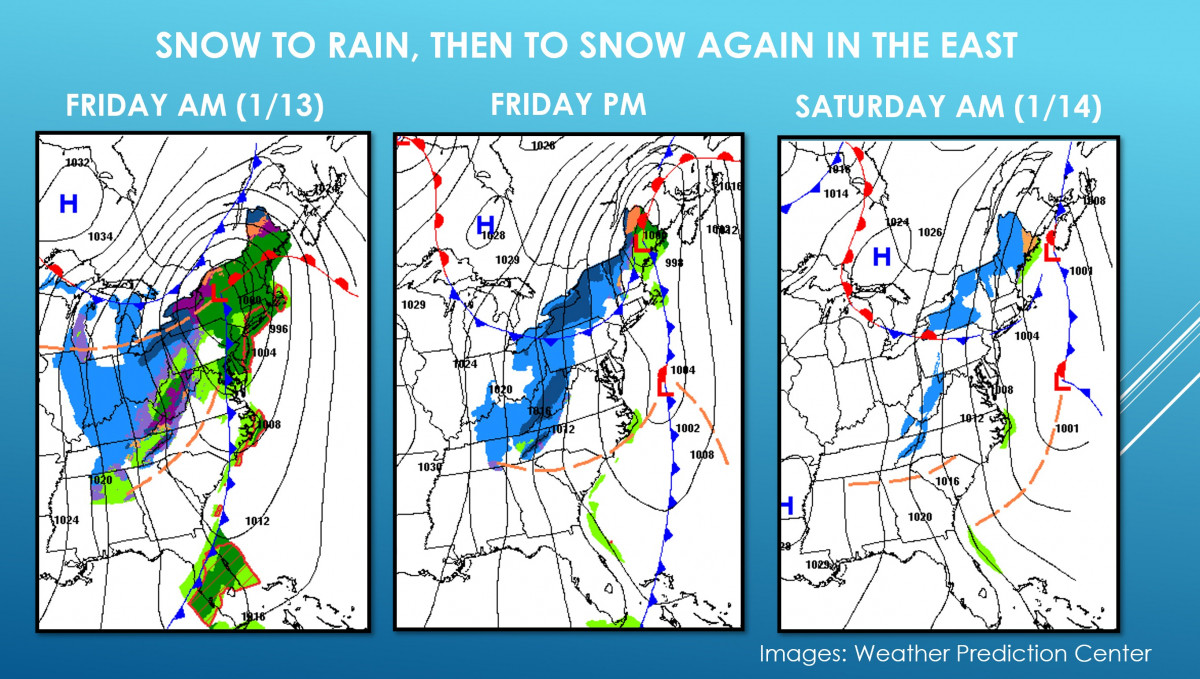 Through Friday, the storm lifts away from New England dragging in colder air from the northwest allowing a few final flakes in New England in New York. But, more notably for the southeast, with colder air and a brisk northwest wind, upslope snow (or snow forced by wind bumping up and over the mountains) develops Friday and Friday night over the southern Appalachians from North Carolina to West Virginia with several inches of new snow through early Saturday.

Here's the snow forecast through early Sunday (Jan. 15) for the East, keeping in mind most of New England's snow occurs before the rain changeover Thursday to early Friday. 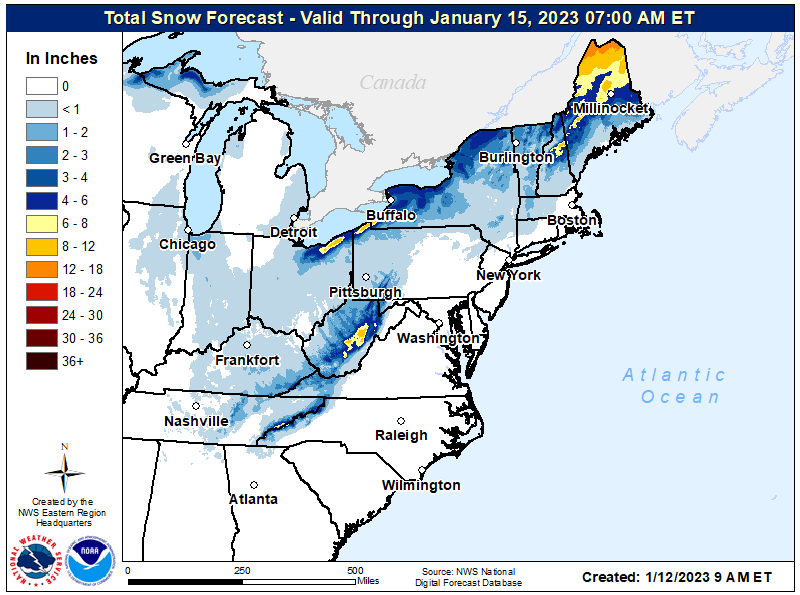 Overall, a quiet and pleasant weekend lies ahead for much of the East to hit the slopes. Nighttime temps will be cold enough to allow for snowmaking, with a milder trend beginning again early next week.

Since late December, the West has been hammered with storm after storm. Some peaks in California have now surpassed their typical annual snow amounts (300"+), and its only mid January! The stormy pattern will continue for another week or so before finally calming down late month.

Expect another 2-4 feet of snow (locally more at the highest peaks) Friday into Saturday (Jan. 13-14) for the Sierras, and lighter snow with high snow levels up the Cascades as the next storm begins to dig in across the West. 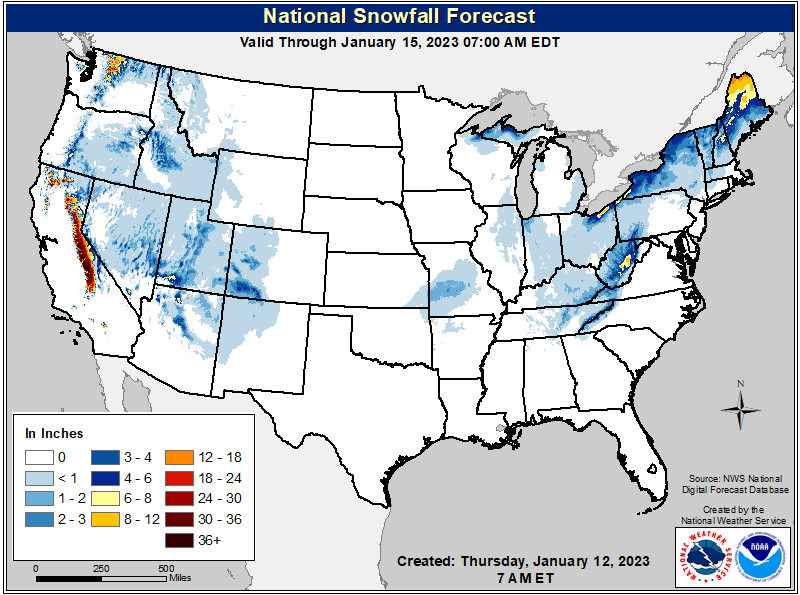 This storm continues to dig in Sunday-Monday, with reinforcing systems keeping periodic snow going across the mountain West through mid next week. In total, expect another 1-2 feet of snow for Utah and Colorado, 6-12" for New Mexico and Arizona as well as the northern Rockies through mid next week. 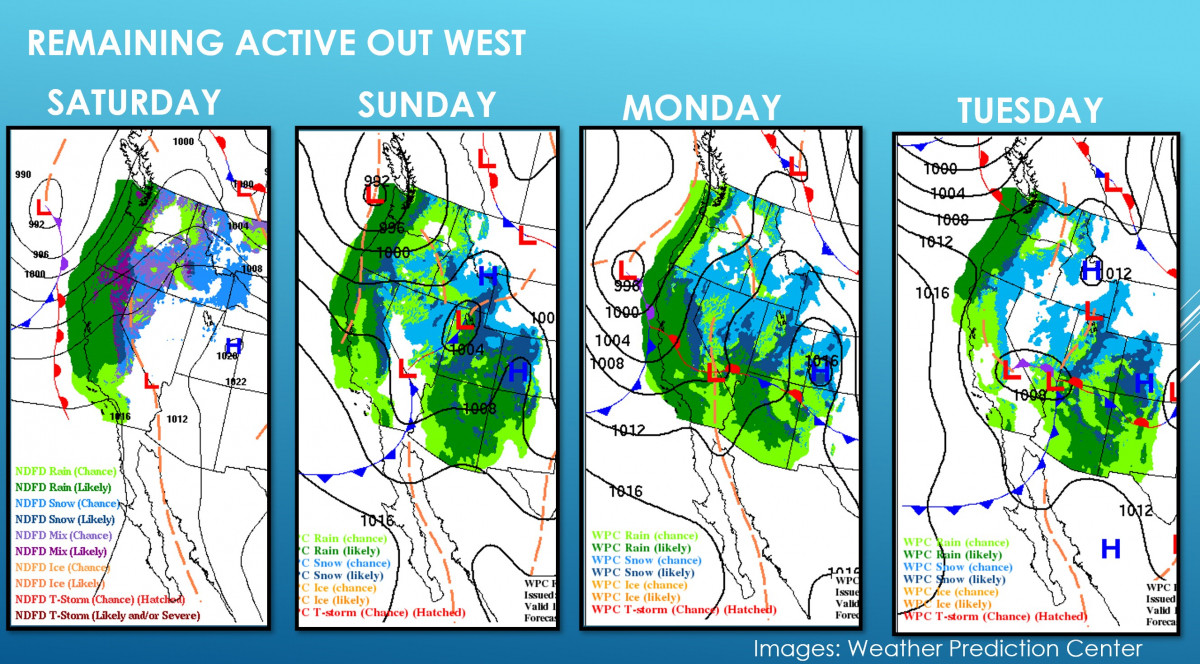 A notable change lies ahead for the West in the extended 1-2 week outlook. After a stormy month, the West finally begins to trend drier, allowing a break from the storm parade. Meanwhile, the East still keeps an overall warmer than average pattern, with short windows of cold and snow opportunity within the next 1-2 weeks. 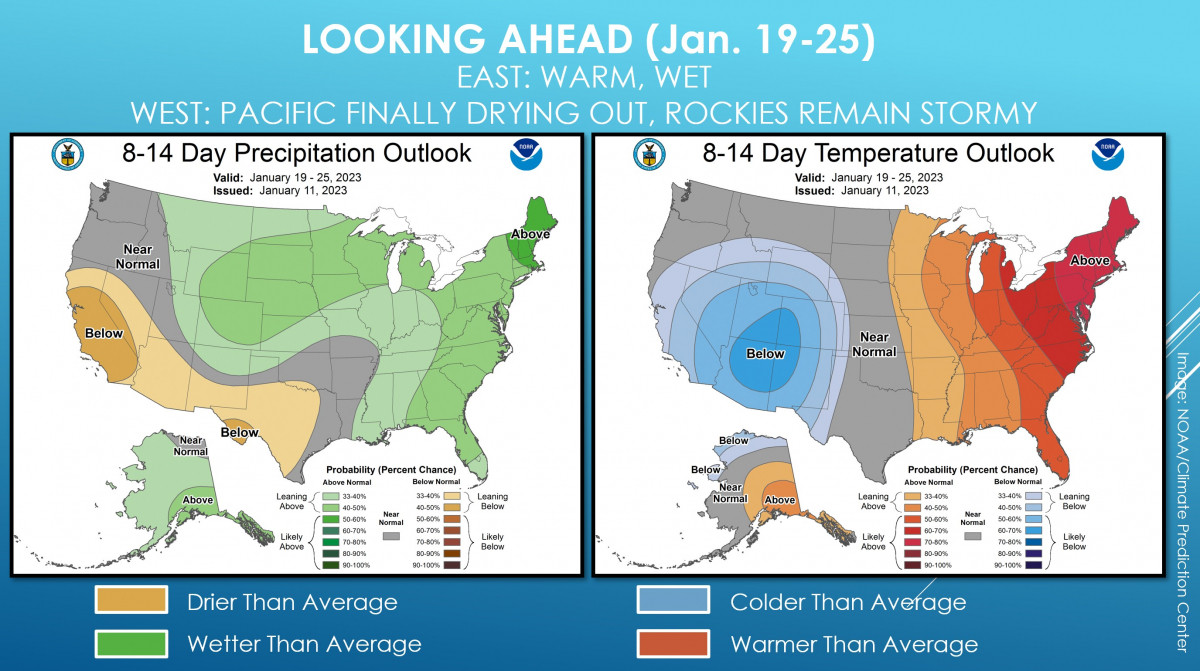