We are having issues getting updates onto our site at this time. We are aware of the problem and are working to resolve it as soon as possible 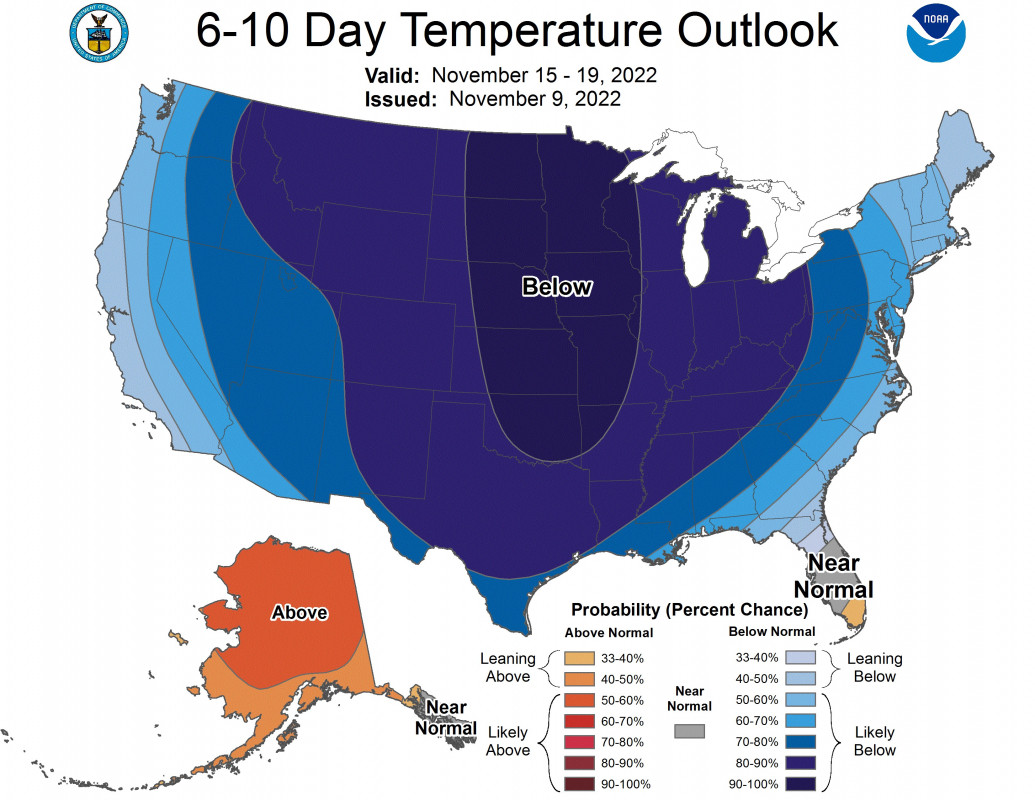 Hallelujah! After a wild weather week, Mother Nature is about to chill out...literally. Following hurricane remnants in the East and a blizzard in the Plains, the first cold snap of the season will deliver a much needed jolt to kickstart ski season.

Much to cover in this week's SnoCast.

Midwest/Great Lakes: As of Thursday (Nov. 10), the first blizzard of the season is tracking through the northern Plains and will leave behind very heavy snow for parts of Northern Minnesota and the Dakotas. Behind the storm, very cold air will churn down from the north and spread across much of the country in the days ahead.

As the cold starts in the Midwest, temperatures will fall from West to East Friday and allow isolated lake effect snow to develop to the immediate south and east of the major Great Lakes by the weekend. Generally, 1-4" will fall with locally up to 8" over the UP of Michigan--great news for places like Big Powderhorn, Ski Brule, and Boyne Highlands, among other. 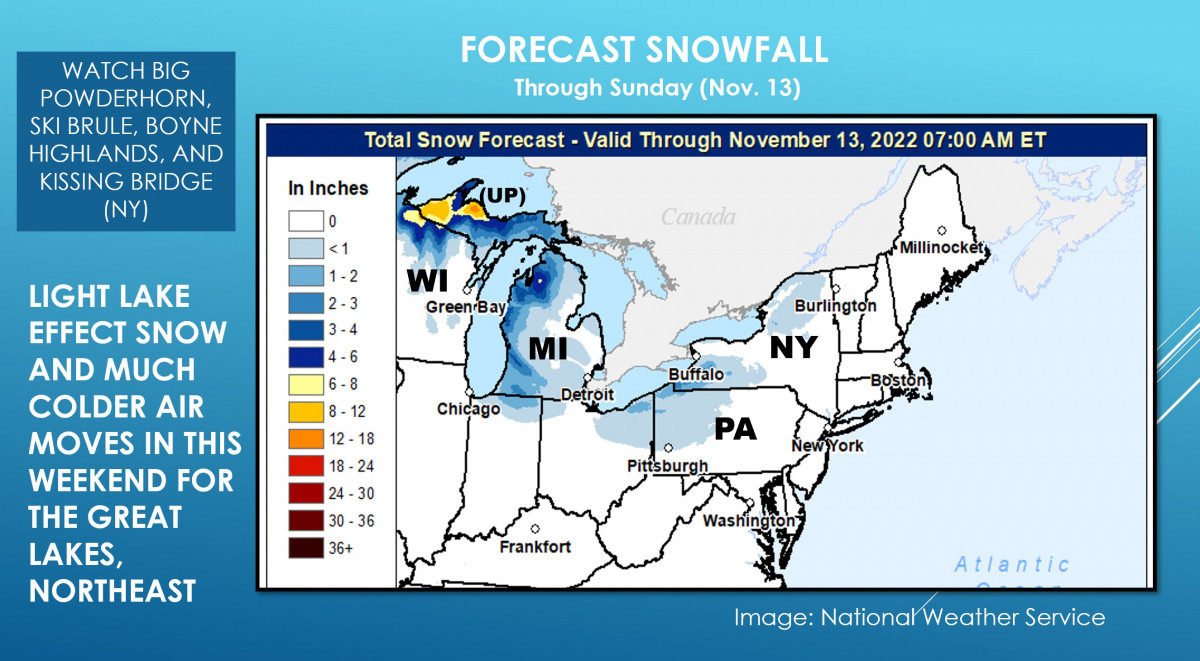 East: Let's do this, East. We've waited patiently A brief (albeit temporary) drop in temperatures Tuesday and early Wednesday allowed many to fire up the snow machines. Take in all the beauty. 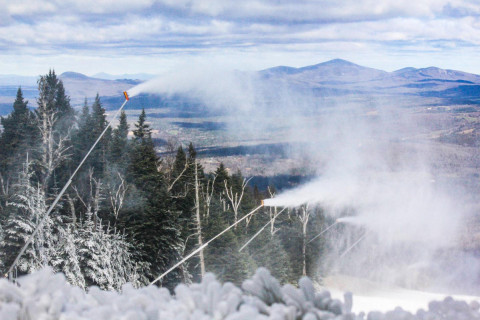 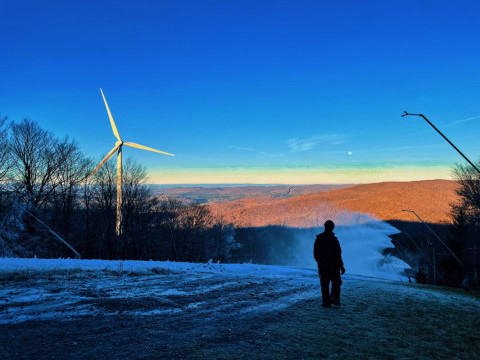 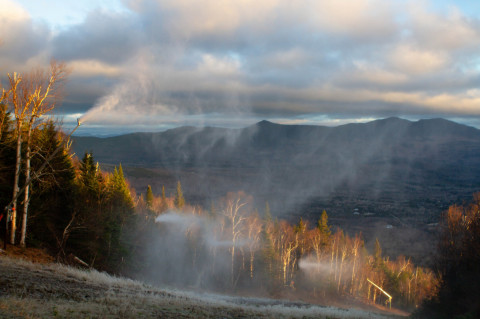 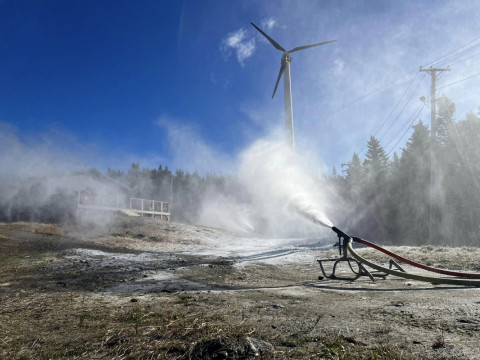 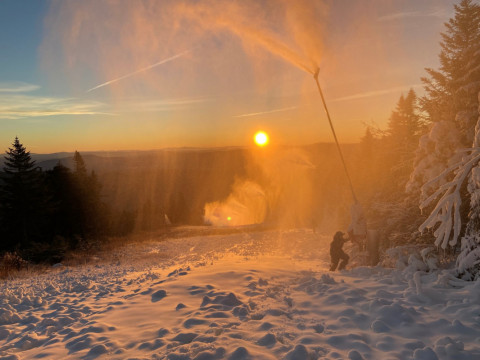 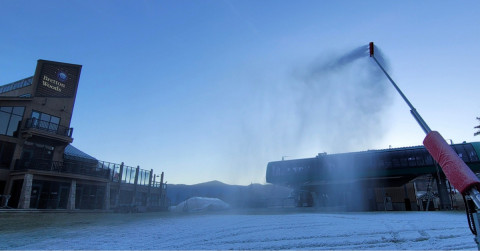 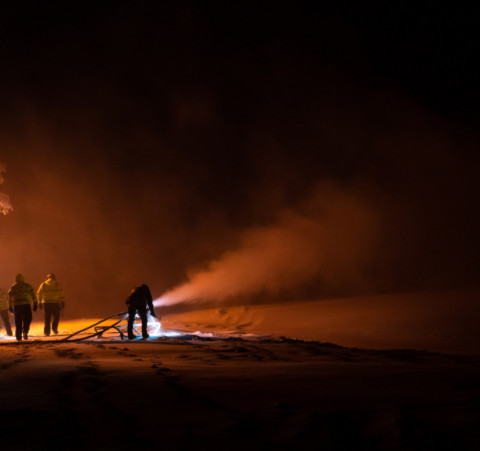 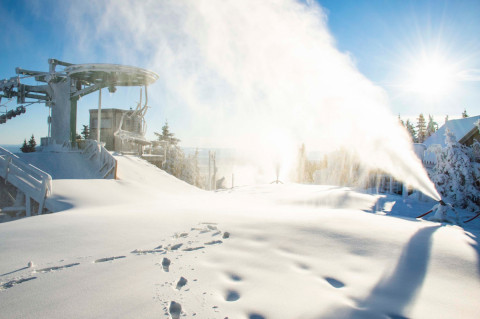 There is one more (wet) bump in the road Friday and early Saturday as remnants of hurricane Nicole move northward up the Appalachians all the way to New England, delivering warmth and bouts of heavy [email protected]*!n  (it's a dirty word). It's what's after that we are looking for.

The previously mentioned cold air gathering in the Midwest (Friday) shifts into the Northeast by Sunday and Monday. This means more time for snowmaking and pre-holiday prep. The best news? Temps will stay at or below average for the northeast right through next week. The southeast will have more flux, but still chances for overnight snowmaking by the weekend.

West: In the West, we are in excellent shape following the most recent intense winter storm that dropped 2-5+ feet of snow in the Sierras and up to 2 feet in the Rockies. Brighton and Solitude will open early thanks to this storm, and Mammoth Mountain (as first to open in California) is now digging out of a whopping 3-6 feet+ of new snow.

The western weather stays fairly active as the previously mentioned cold blast bleeds in and a few disturbances round the base of a digging trough across the West. The first disturbance delivers light snow (1-4") to the northern Sierras (Sunday), then the Arizona and New Mexico peaks (Monday). The next disturbance slips down the Rockies early next week with another 2-6" natural snow and ample cold in place.

This week's snow has allowed a slew of new resorts to open from California, to Utah, Colorado and beyond. Check out the snow reports page to see latest snow reports, point forecasts, and see who's open (and opening!).