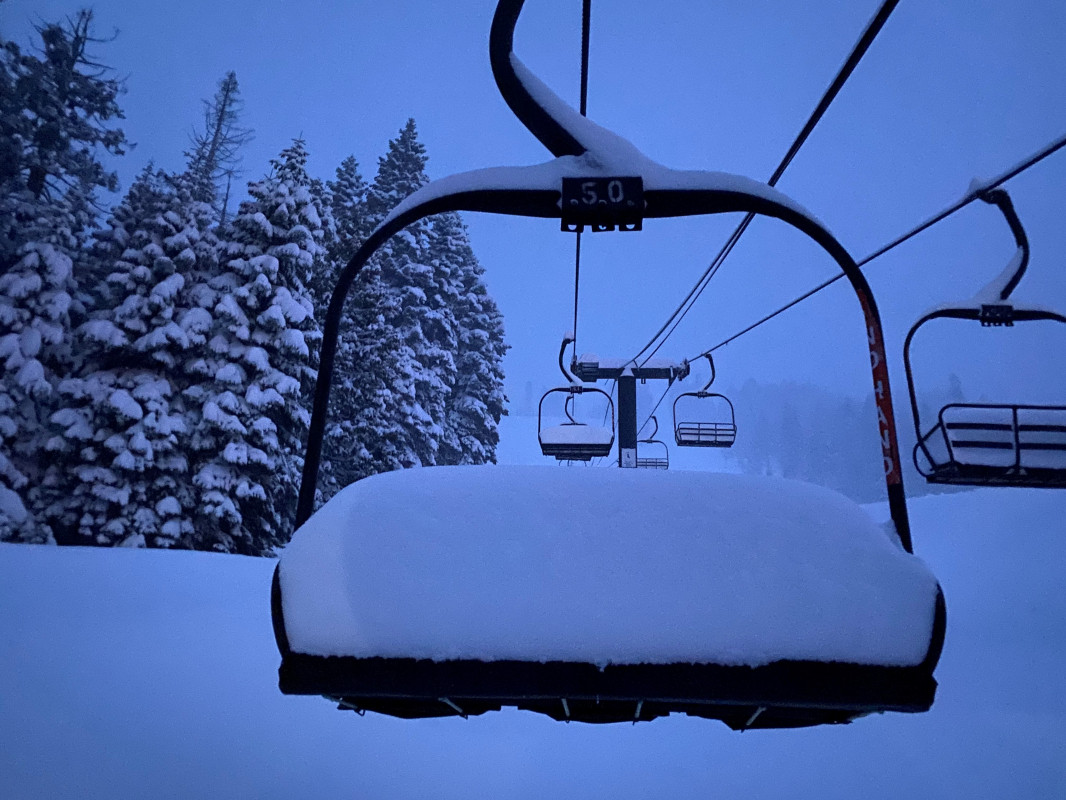 So much to cover in this week’s SnoCast as we dig out from feet of snow in the west, and eye new snow in the Midwest and Northeast—everyone gets something to finish off January.

We told you this one was coming—the major winter storm and atmospheric river event on the west coast will slowly wind down Friday, leaving feet upon feet of snow in the Sierra Nevada.

Sierra Nevada mountain snow reports via @NWSSacramento as of Thurs AM- and still coming down with additional feet through Friday #CAwx #AtmosphericRiver pic.twitter.com/UB9uCUlArr

As the remaining energy with this storm churns through the West, new snow falls for nearly all the intermountain west and Rockies Friday night-Saturday, making for a fine start to the weekend in the West. Here’s the snow outlook through early Sunday, notice the heavier snow not just in CA, but also the higher peaks in Idaho, Wyoming, and Colorado. 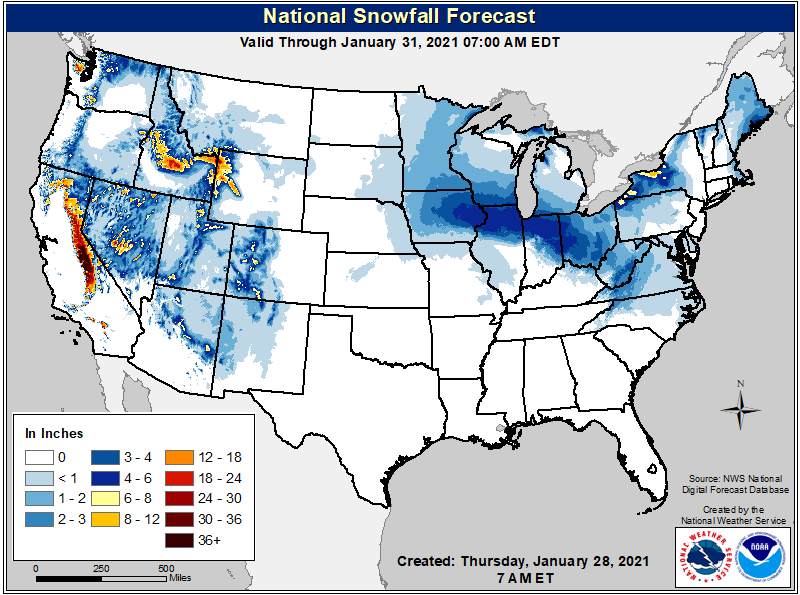 The next storm to watch in the west moves in early next week with potential for heavy snow from the Pacific Northwest first, then shifting southeastward into the Sierra Nevada, intermountain west and Rockies once again. 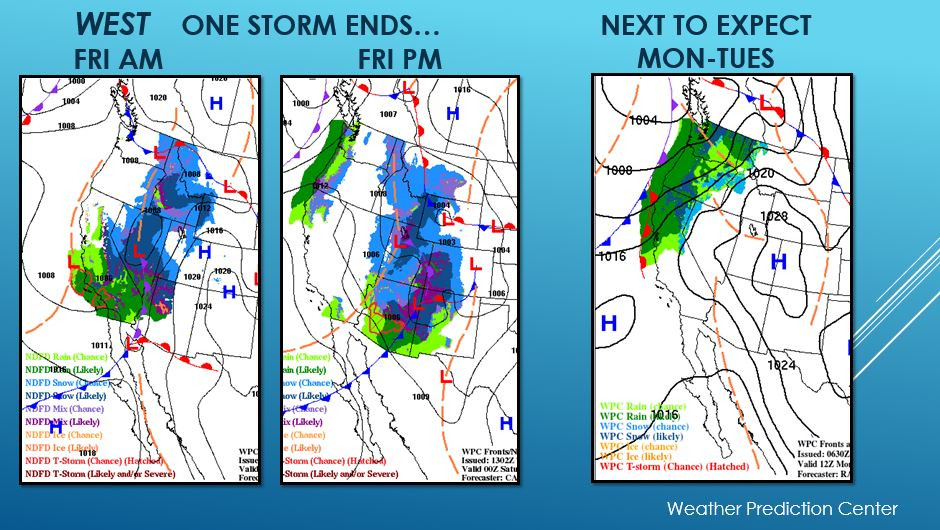 As a storm system departs the mid-Atlantic Thursday, bitterly cold air and a brisk breeze filters in for much of the northeast to follow. While the sun will shine Friday and Saturday, temperatures and wind chills will stay below zero at the mountains most of the time—grab those extra layers! 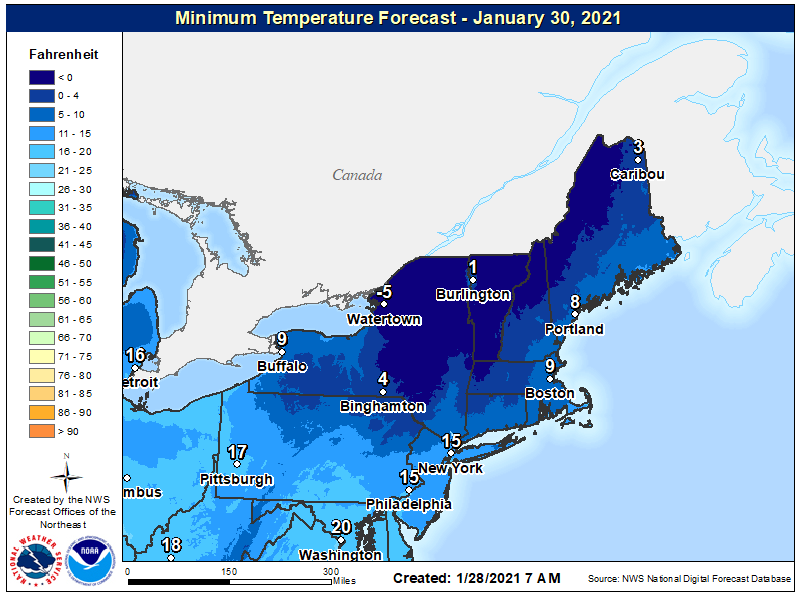 Meanwhile, the next storm will be taking shape in the Plains, which will bring snow to the Midwest and potentially develop into a nor’easter by early next week. Low pressure tracks from Missouri to the Ohio Valley later Saturday to Sunday, with snow on the northern side of the storm dropping several fresh inches to our ski areas in southern Wisconsin and Michigan. 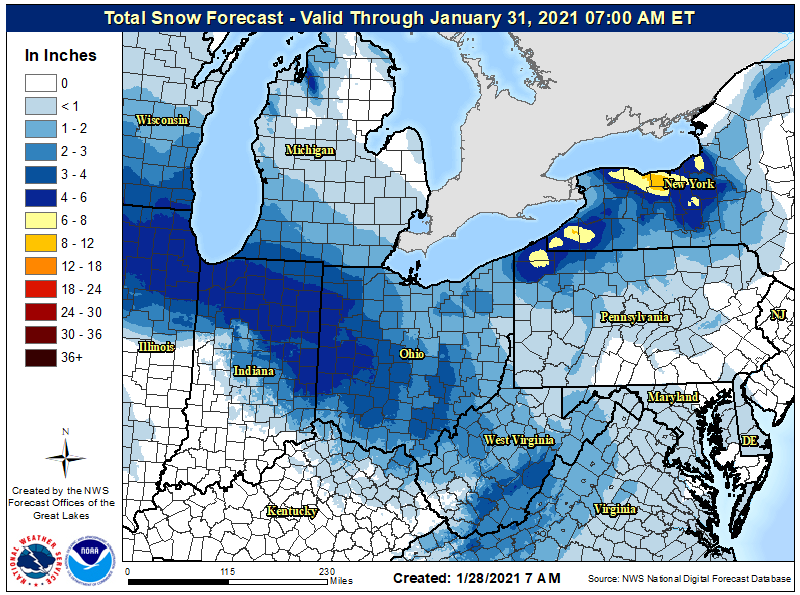 Then, all eyes are on the northeast as this same storm refocuses energy, potentially turning into a potent nor’easter. While details are TBD at this point on where the heaviest snow will occur, it’s possible areas along and north of the I-95 corridor could see a solid snowstorm to kick off February. Hello, Mr. Groundhog (please bring us 6 more weeks of winter).

There is potential for a winter storm to impact much of the Eastern US for the latter half of the upcoming weekend into early next week. This far out there is considerable uncertainty in the storm's track & intensity, which will impact the the amount of snow/ice locations receive pic.twitter.com/hbAeUbIBJc 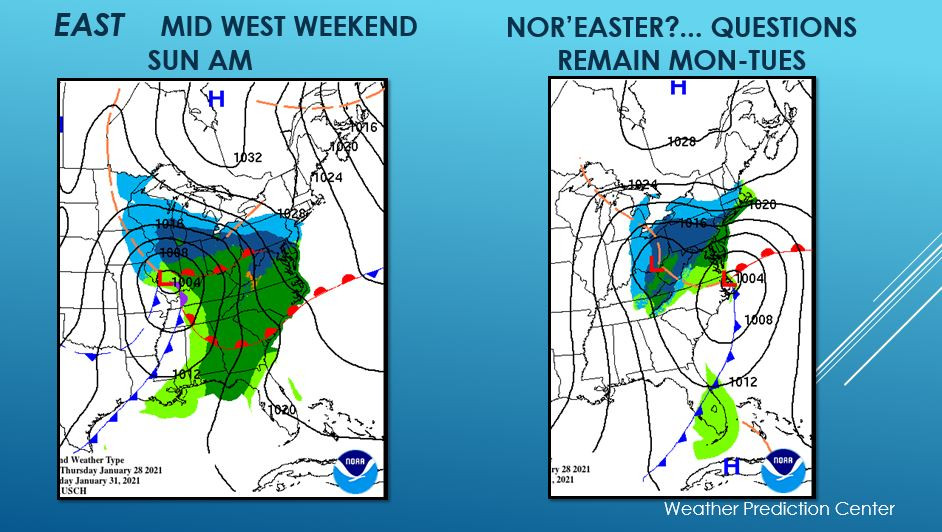 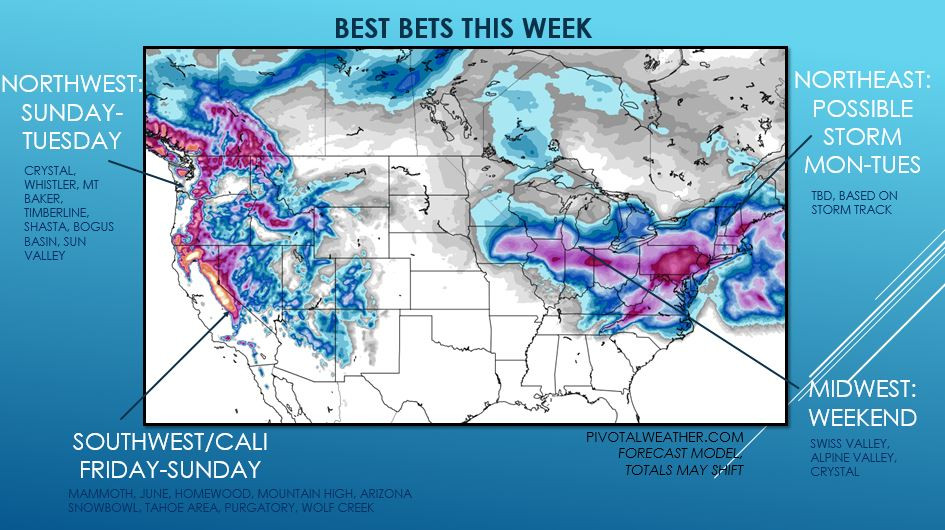 Check back in every week for a new SnoCast through ski season. Also, be sure to check out the latest snow report to see conditions and safety guidelines.