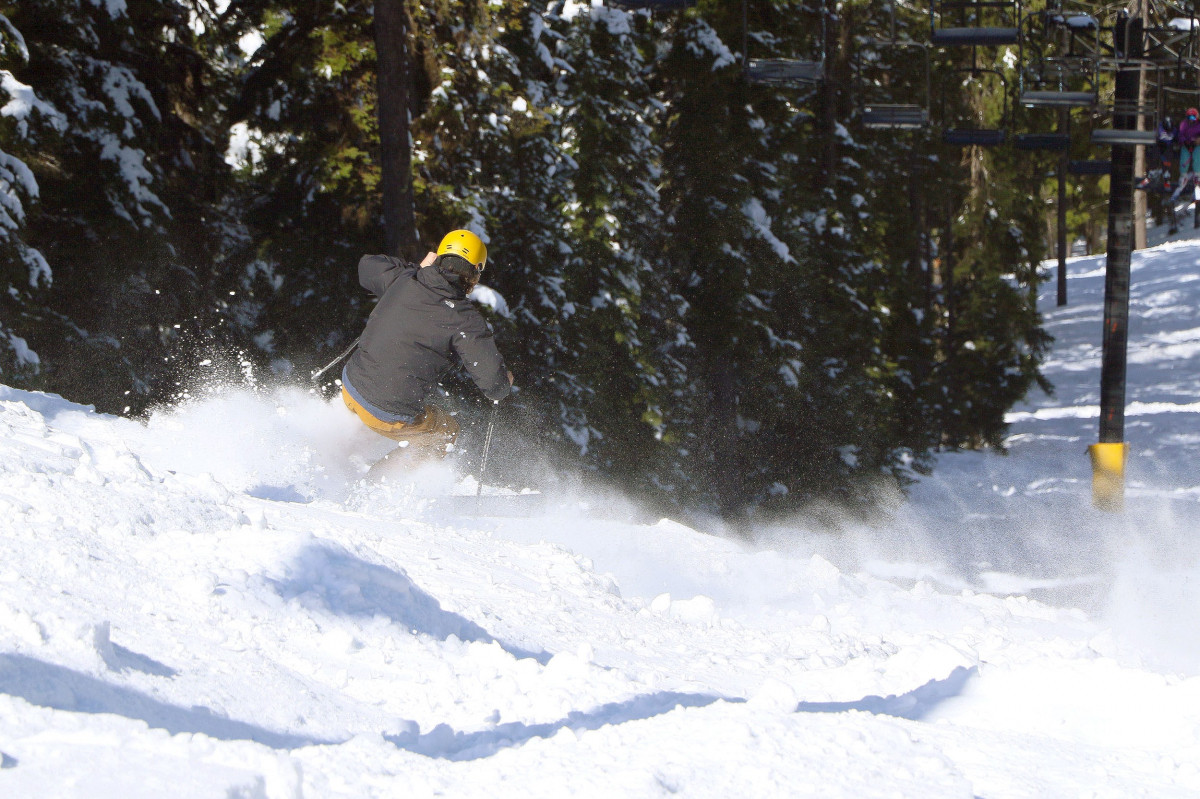 Soft turns with still more snow in the cards for the interior Northwest, including at Lookout Pass on the Montana/Idaho border (Lookout Pass/Twitter)

Early April is always a toss up for weather and the number of open ski areas slowly continues to dwindle. But, that doesn’t mean we’re done! Here’s what to expect in the forecast for those of you still hitting the slopes this week.

A storm system churns over the Great Lakes Thursday, wrapping in chilly air from central Canada. While most areas only see a trace -2", locally much higher totals fall in the UP of Michigan as snow totals get enhanced to the south of Lake Superior, generating as much as 6-12" or more. Great news for the remaining open mountains in the area, including Ski Brule, Mount Bohemia. Mount Bohemia has had a stellar season, just recently eclipsing 300" of snow this season. 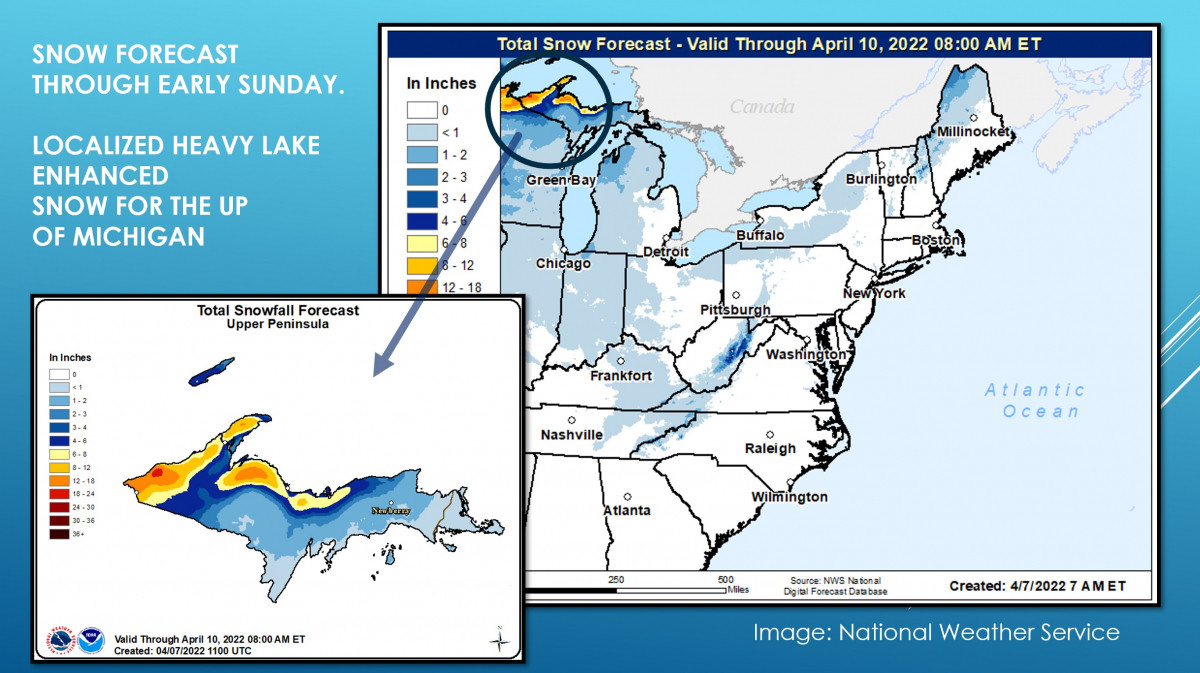 As this system shifts northeast into eastern Canada by Friday, we'll see chillier air pour into the East. Thursday and Friday are still mild with "liquid sunshine” (as we’ll call it…), but we'll see some wet snow develop over the mountains as the cooler air arrives late Friday into Saturday. It's not much, but a quick, wet trace-3" may fall from the peaks in West Virginia to New York and New England peaks through the weekend.

April showers and much warmer temps return through most of next week, which may indicate the final days of ski season for the East.

Check out who’s still open on our snow reports pages for the Northeast, Midwest, and Southeast. 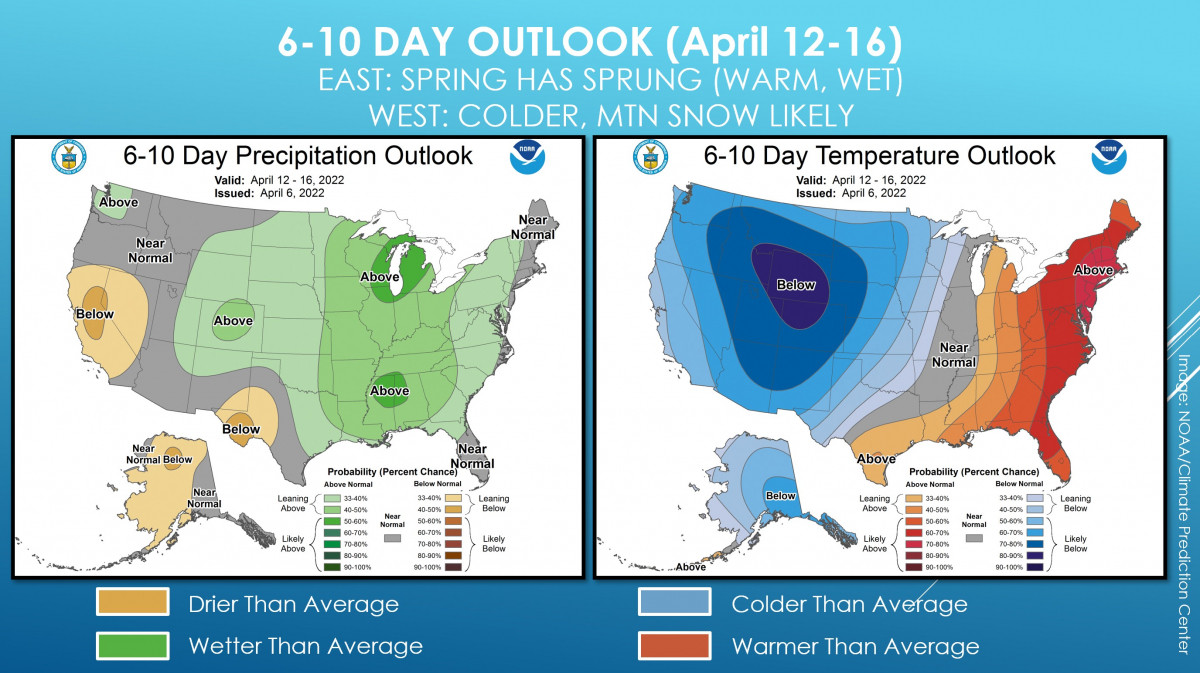 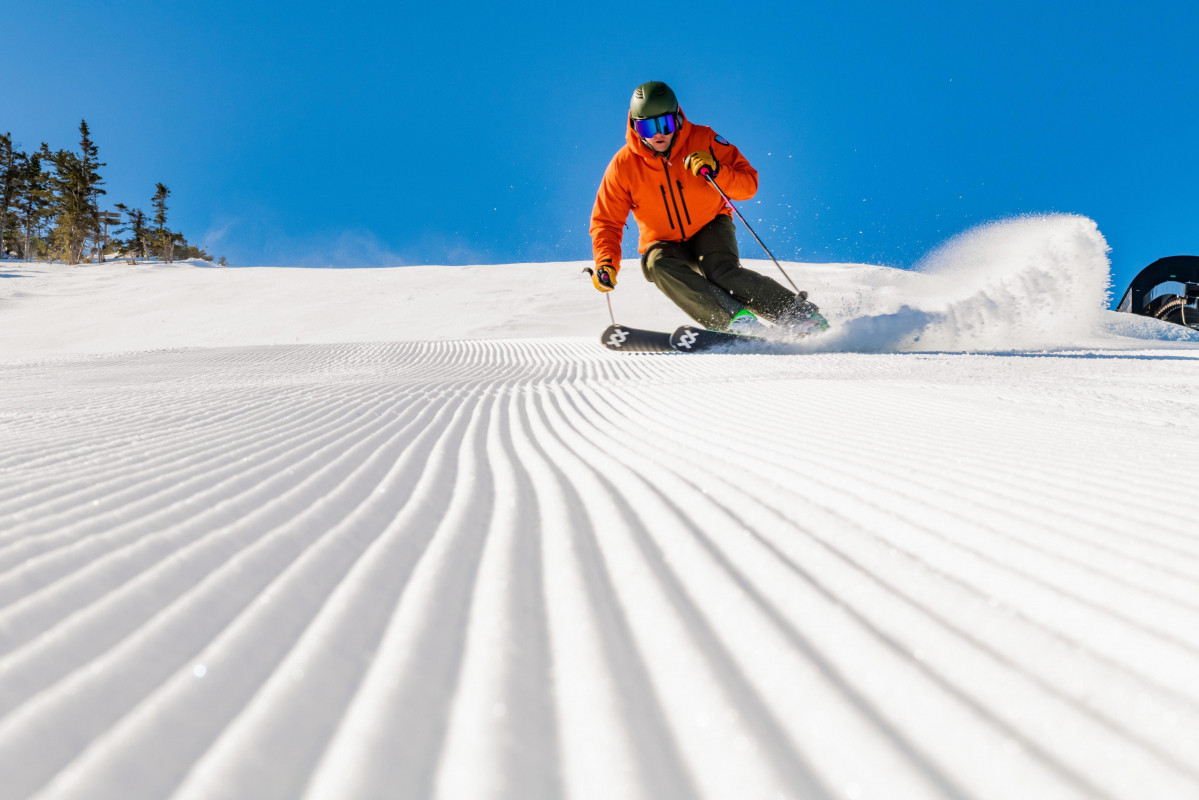 In the West, the elevation is always on our side to keep ski season going. Generally, the higher mountains tap into the colder temperatures naturally higher in the atmosphere, so we can still get snow deep into spring.

This week, a warm and bright Thursday for all will lead into a more active and chillier pattern ahead. Beginning on Friday, a storm moves into the Pacific Northwest, delivering heavy snow to the Cascades, as much as 1-2 feet in the higher passes! Use caution, these spring snows can be unstable and lead to avalanche risk in the backcountry especially.  This snow spreads to the interior northwest and northern Rockies Saturday and Sunday, delivering 2-6" for the higher peaks in Idaho and Montana and eventually Wyoming and Colorado later Sunday into Monday (not shown). 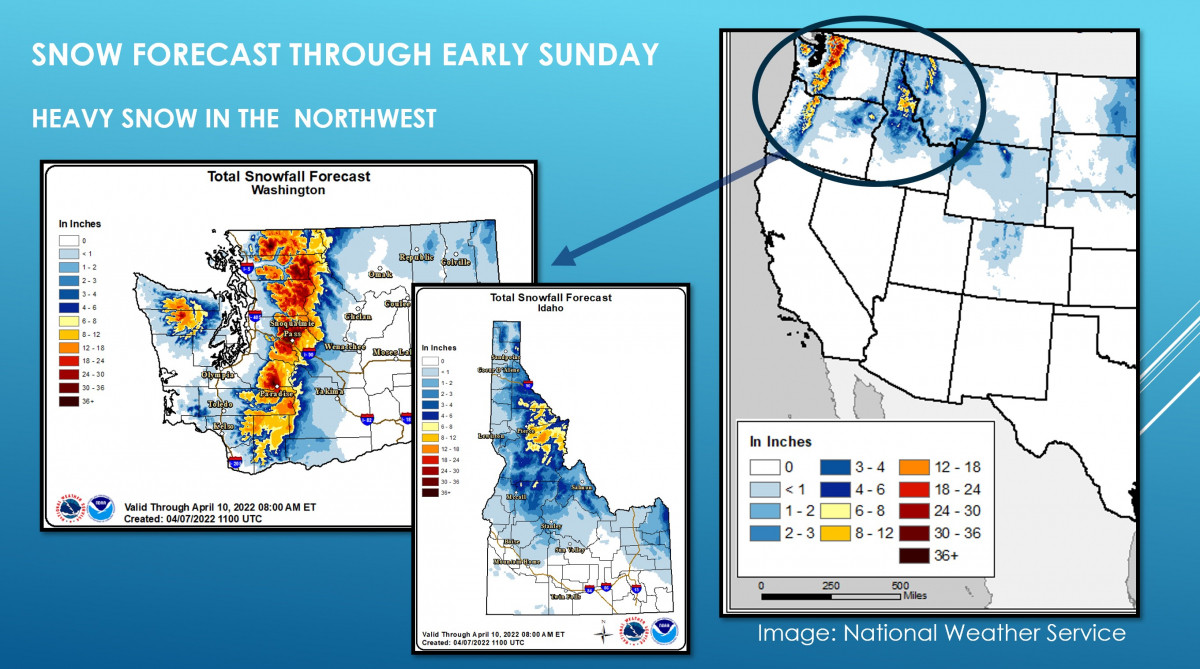 Yet another, deeper storm roles into the West by Monday which may deliver heavy spring snow to nearly all western peaks, as far south as California's Sierras and the southern Rockies. We can see the general pattern, but it's a bit early today to talk exact totals, so keep an eye on the forecast through the weekend.

We still have quite a bit of ski season left in the higher West. See who's open on our snow report page for the Rockies, Southwest, and Northwest. 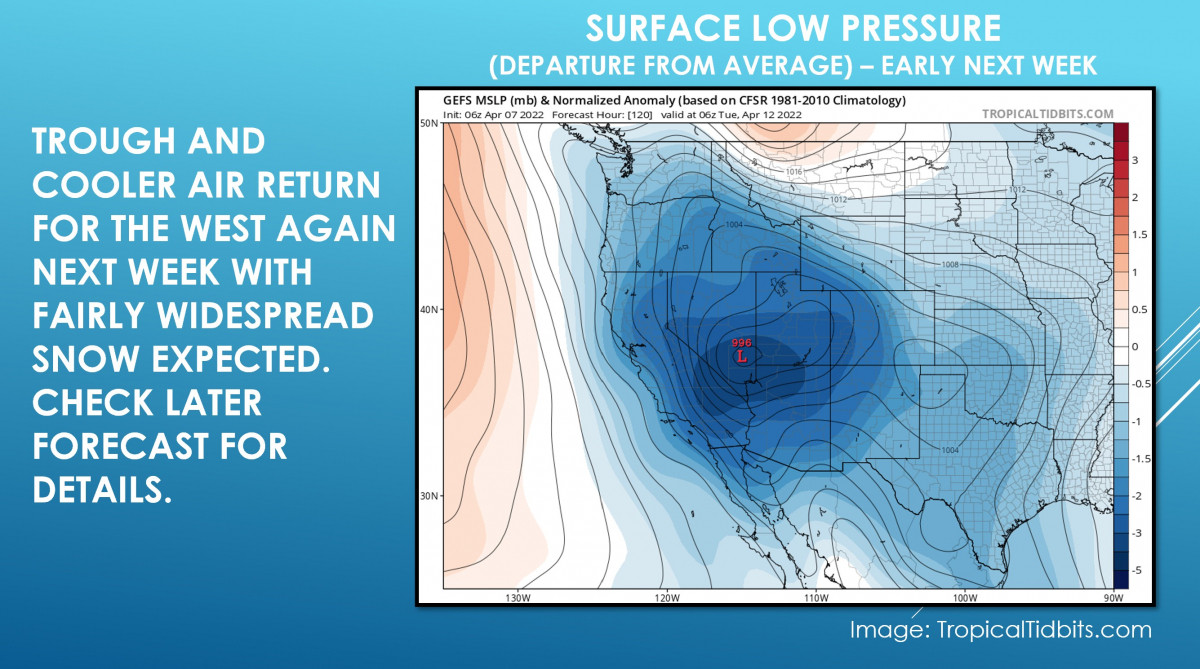 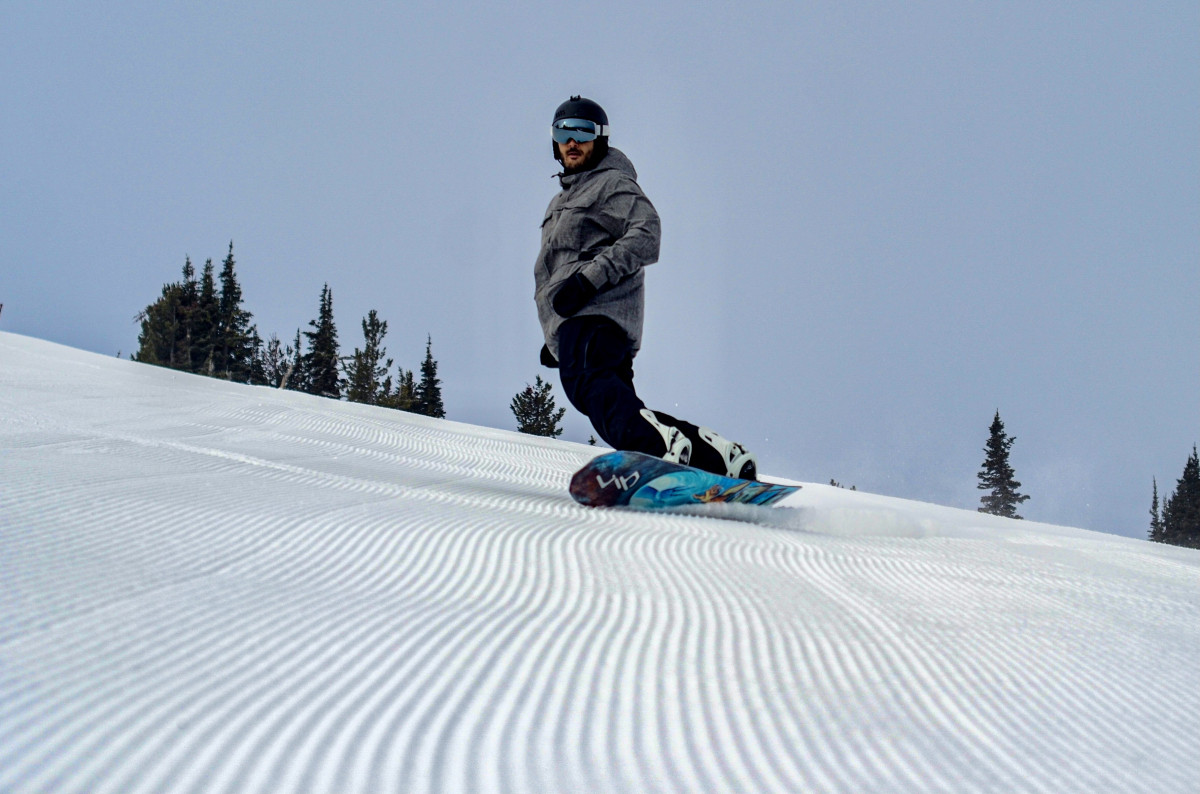