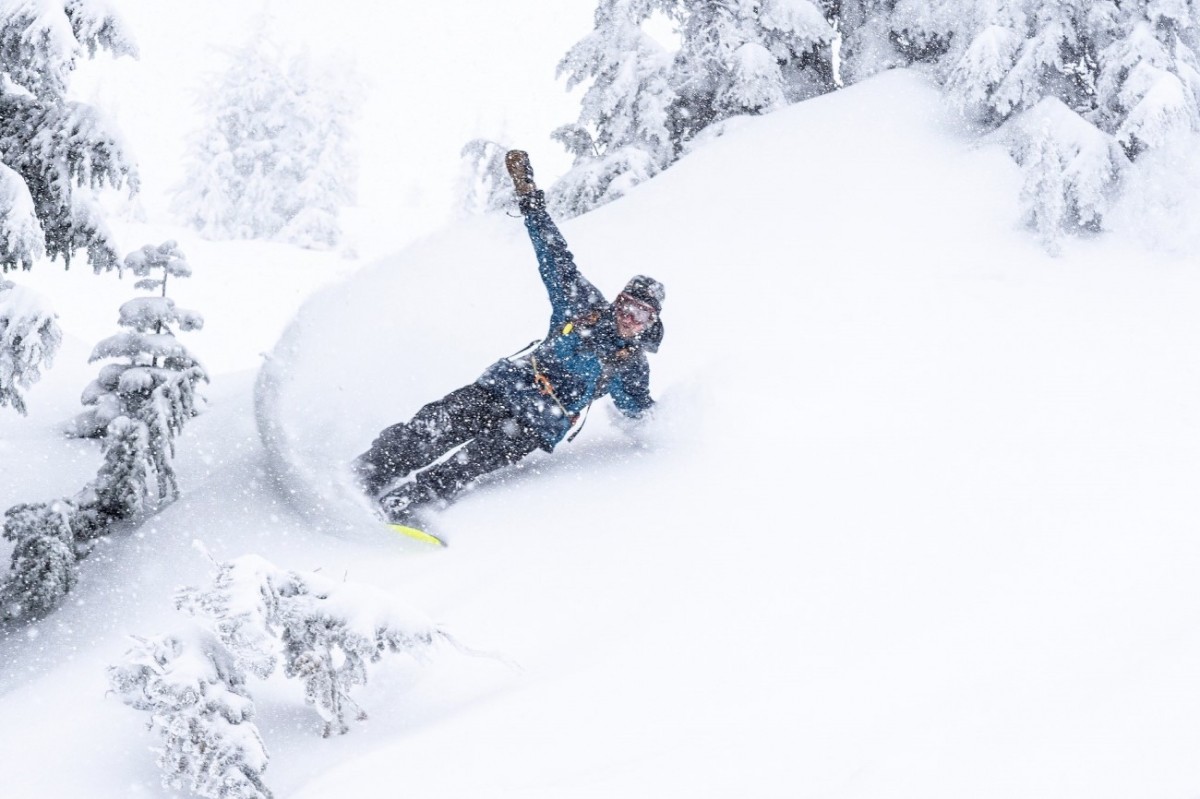 We’re turning into mid-January with a busy and changeable weather pattern across North America. Two fast-moving (albeit mild) storms graze the East, while cold and snowy conditions persist for the West. 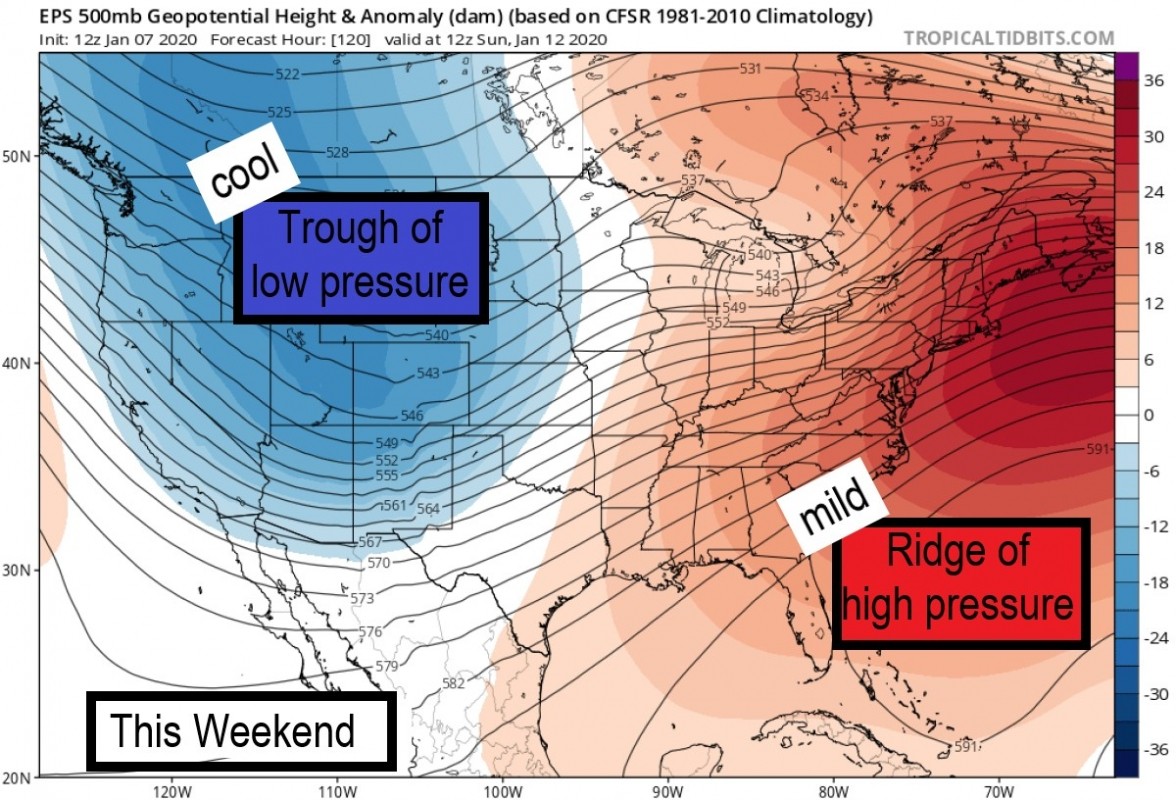 The eastern U.S. will see 2 storm systems in the week ahead, with each bringing its own variety of conditions. Thursday is quiet and bright, while Friday may feature a flurry in New England. A very mild Saturday with an unfortunate “mixed-bag” of conditions, gradually improves through the day Sunday as colder air returns. Look to northern New England and southern Quebec for best conditions to finish the weekend, with 1-4” of snow possible on the tail end of the system in the Adirondacks, northern Vermont, and southern Quebec. Look near Bromont, Stoneham, Jay Peak, and Stowe for better conditions by Sunday.

A second storm for the northeast will likely be a bit colder, with potential for a quick few inches of snow Tuesday-Wednesday (1/14-1/15). 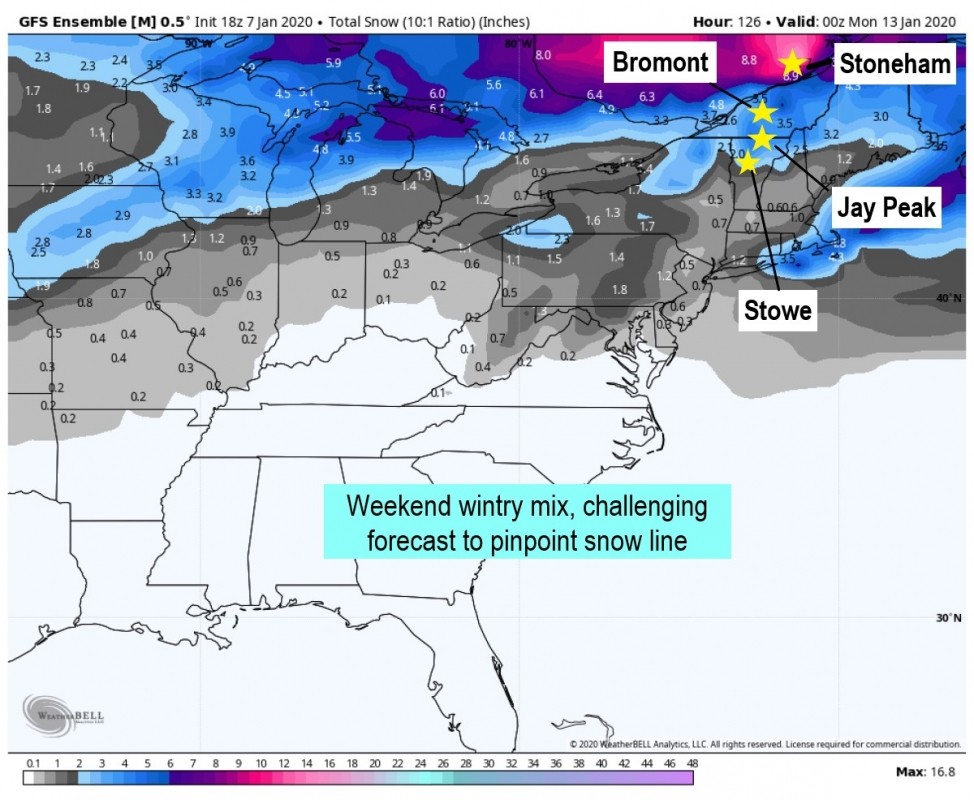 The west continues to have the colder/snowier side of the forecast this week with a large ‘trough’ in the atmosphere delivering waves of snow. You’ll find scattered snow showers for most of west/northwest mountains Thursday (1/9), particularly in northern California. A parade of storms will develop for western British Columbia and the Pacific Northwest U.S., delivering heavy snow Friday into Saturday. The highest peaks (4500’+) of the WA and OR Cascades and B.C. Coast Range will bag 1-3 feet of snow, but the interior West will also reap the benefits as leftovers of the storm shifts inland through the weekend. High totals near a foot will fall in northern Idaho, with a healthy 3-8” generally from western Montana to Utah, northern California and Wyoming through Sunday. While there will be several amazing stashes with this active west pattern, we like Whistler, Mt Baker, Summit at Snoqualmie, Timberline, Schweitzer and Silver Mountain for the deepest snow over the weekend. 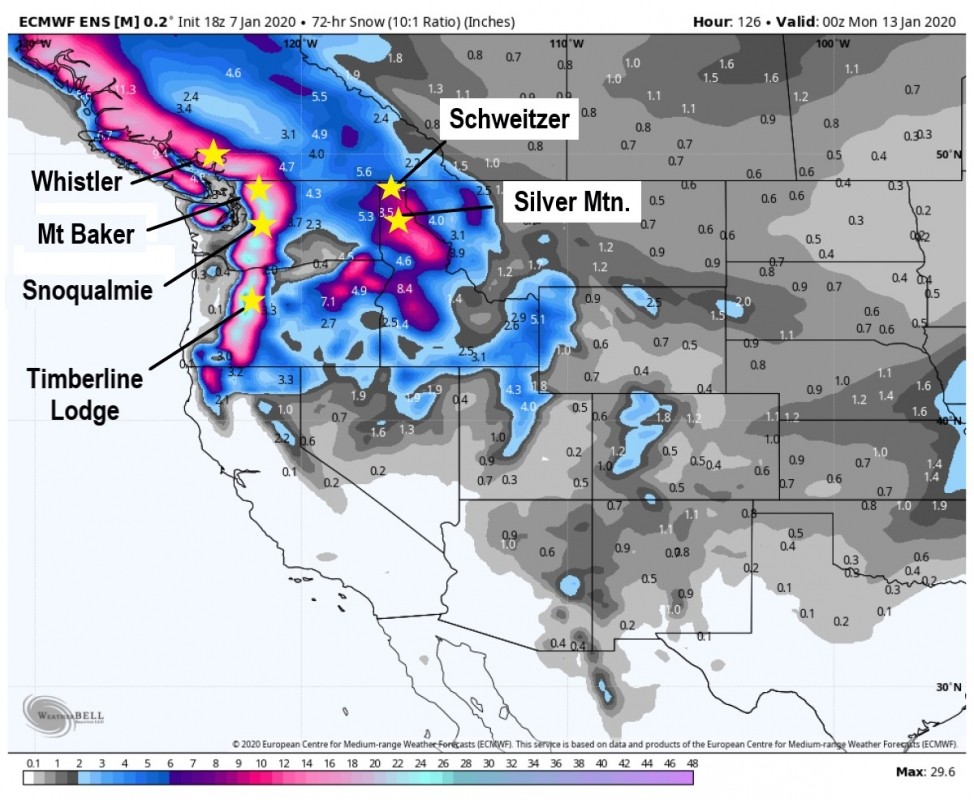 Be sure to check in next Thursday for the next edition of SnoCast as we look for the cold and snow into late January. 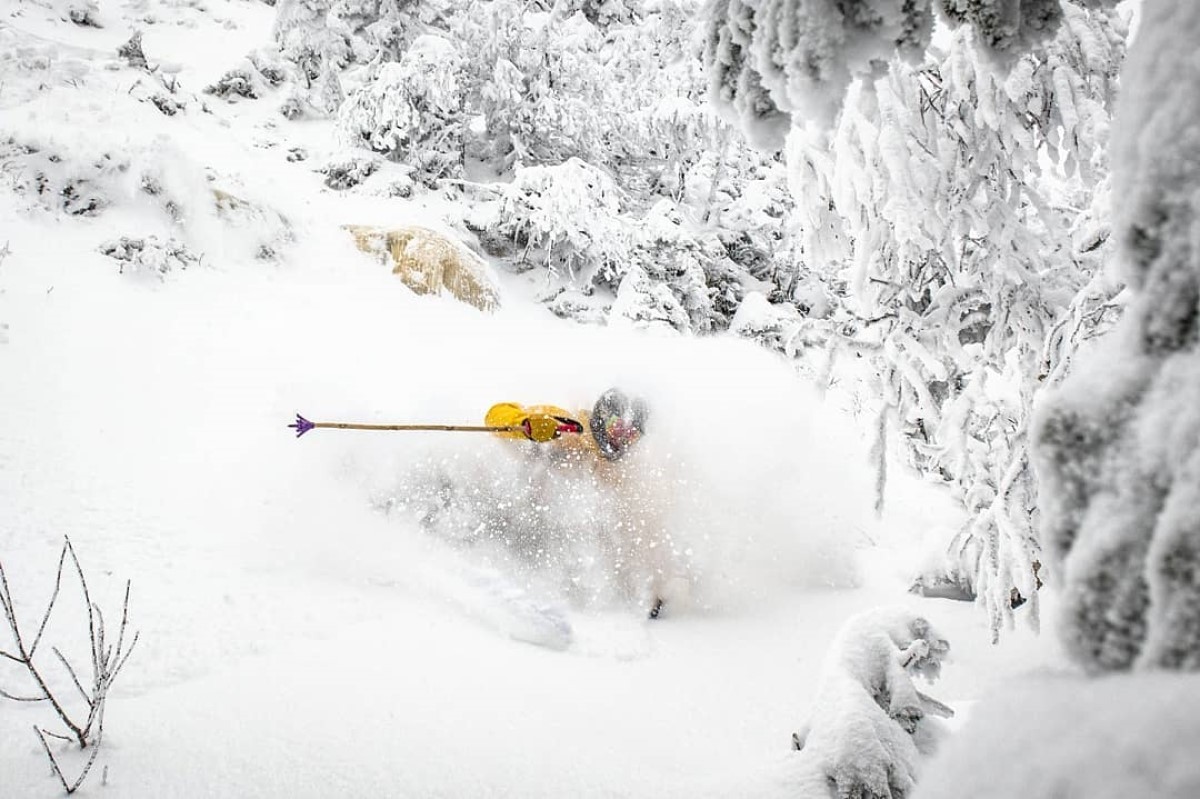