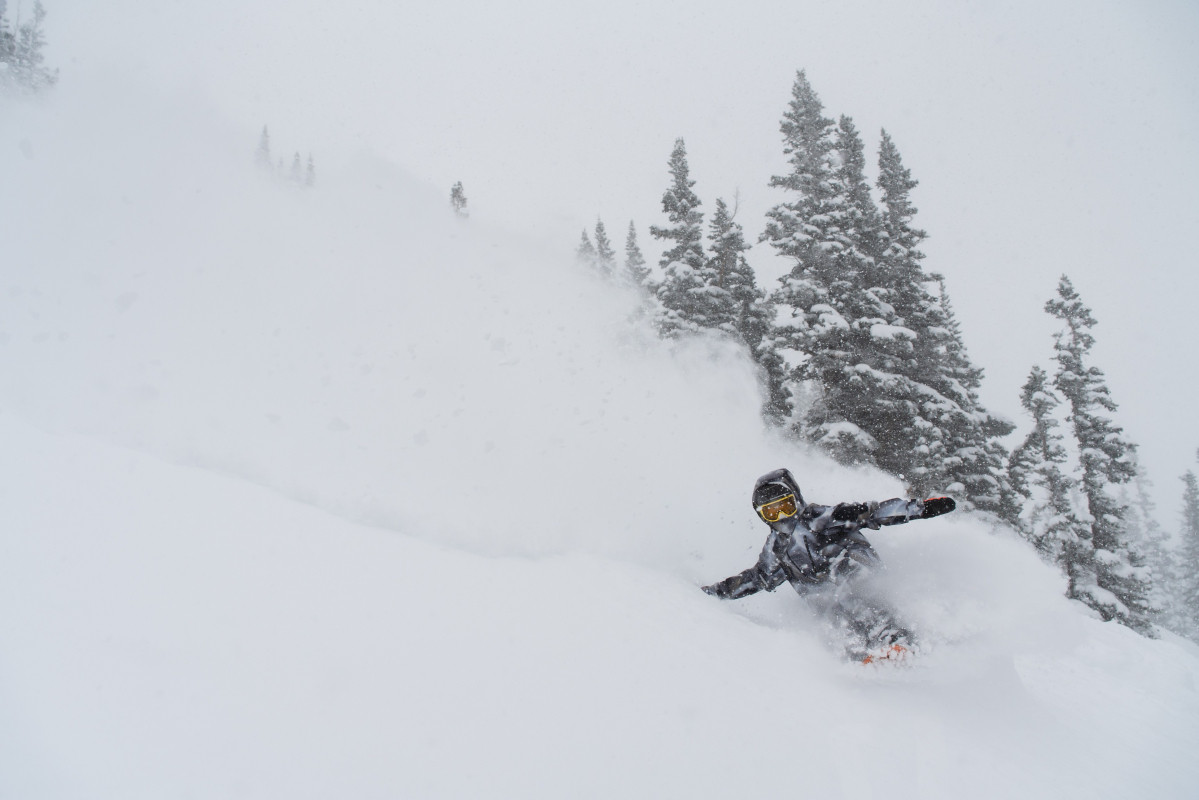 As we say farewell to 2022, we also say hello to more storms and mountain snow across the West and a warm up in the East. Details on ski conditions ahead in this week's SnoCast. 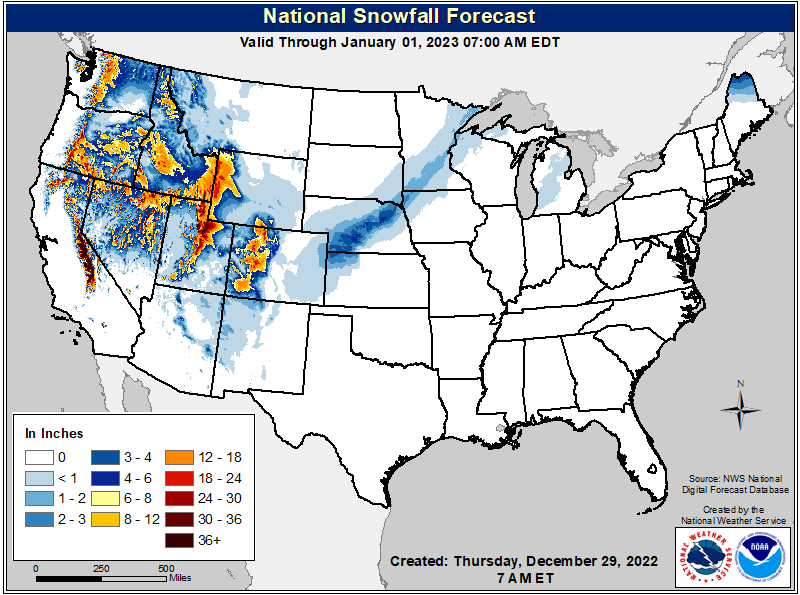 A highly active storm pattern continues across the West, delivering additional heavy snow to the mountains right into 2023. With so many systems expected, it may be challenging to pinpoint when one storm ends and the next begins.

Expect at least three storms to move in from the Pacific and gradually spread into the interior West from Thursday through the weekend. On Thursday, high snow levels will bring snow to California's Sierras, northward up the Cascades and British Columbia's Coast Range. By Friday, snow level stay elevated for California, Washington, and Oregon, while snow shifts toward the central and northern Rockies through the day. By Saturday, a focused plume of deep Pacific moisture (known as an atmospheric river) takes aim from California to the intermountain West, slowly shifting southward, allowing heavier snow to develop for the southwest U.S with lowering snow levels. 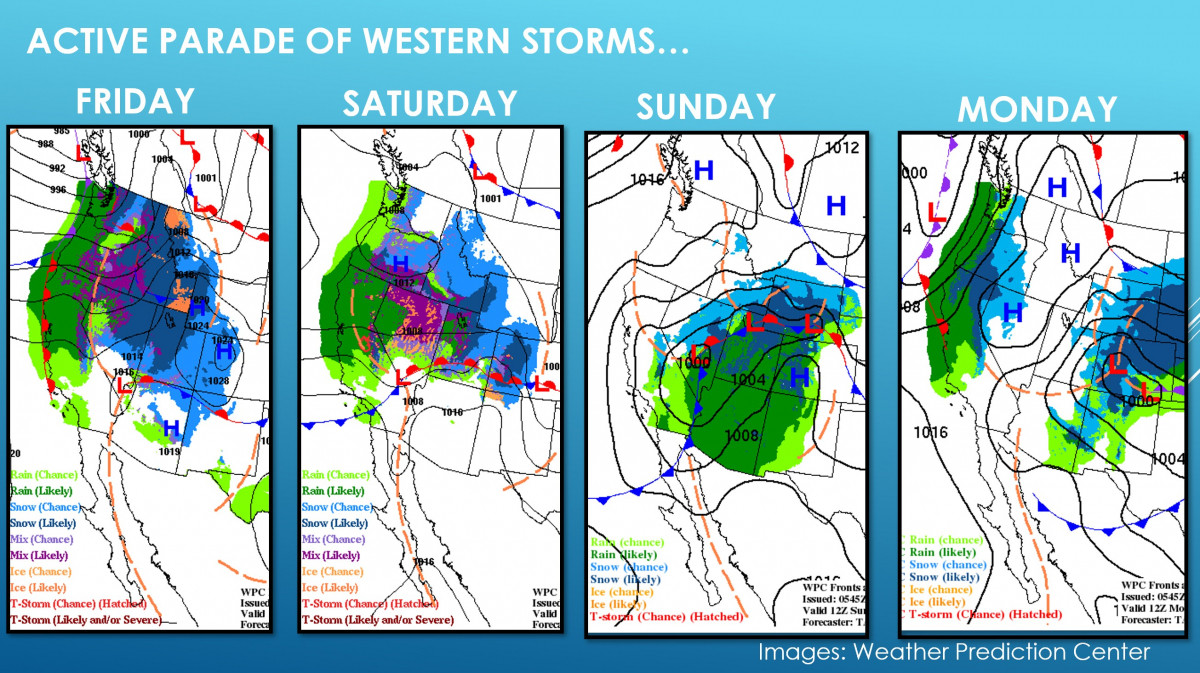 In total, many western peaks will find at least 5-12" pile up by the weekend, with higher peaks over 7,000' ranging from 1-3 feet, especially those under the stream of moisture from California, to Utah, western Wyoming, and Colorado.  At the highest peaks of the Sierras, a staggering 3-5 feet of heavy, wet snow will fall at the crests (over 9,000') through the weekend. Be aware of local travel restrictions and avalanche risk.

Remarkably, a stormy pattern remains into the New Year with at least two more storms, Monday and again Wednesday.

While the troughing and stormy pattern dominates the West, the weather needs to balance itself out somehow. That happens in the form of a warmer pattern across the East. It was only last week when temperature plunged some 10-20 degrees below average for the East, but now temperatures are expected to see-saw to as much above average. 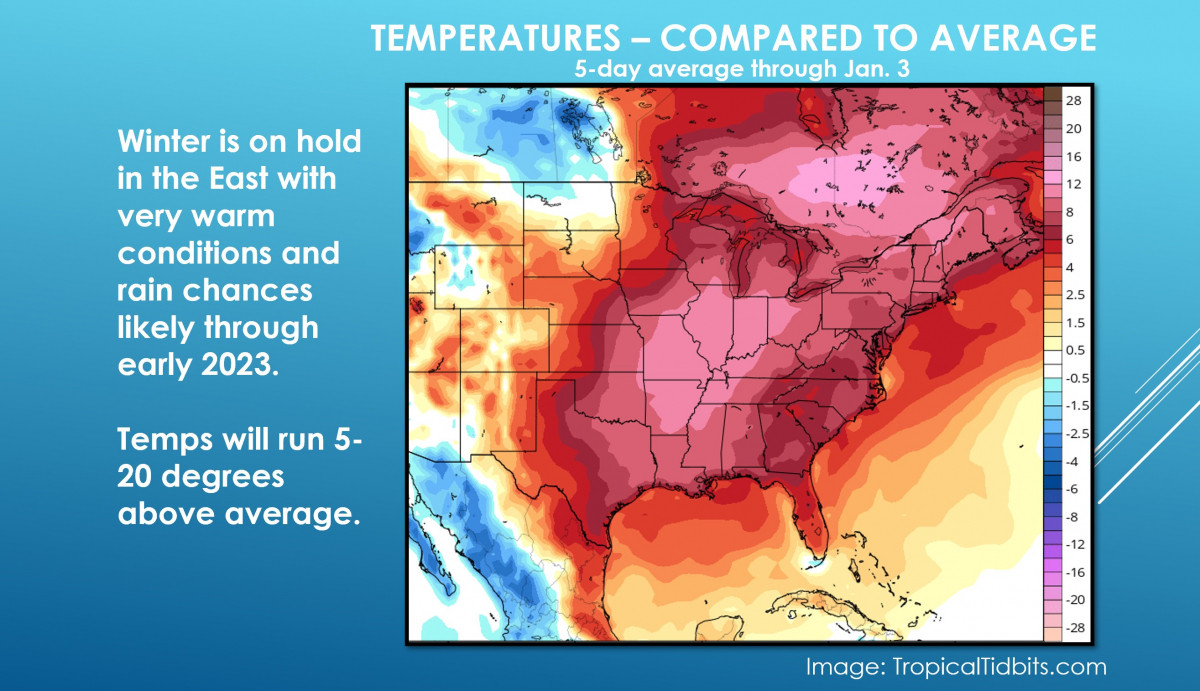 Unfortunately, that means each system that passes through will come in the form of wet weather. The first comes through New Years Eve to New Years Day (Saturday-Sunday), and a second Tuesday-Wednesday. While the majority of precipitation falls as liquid, we'll have to look hard to find the snow. 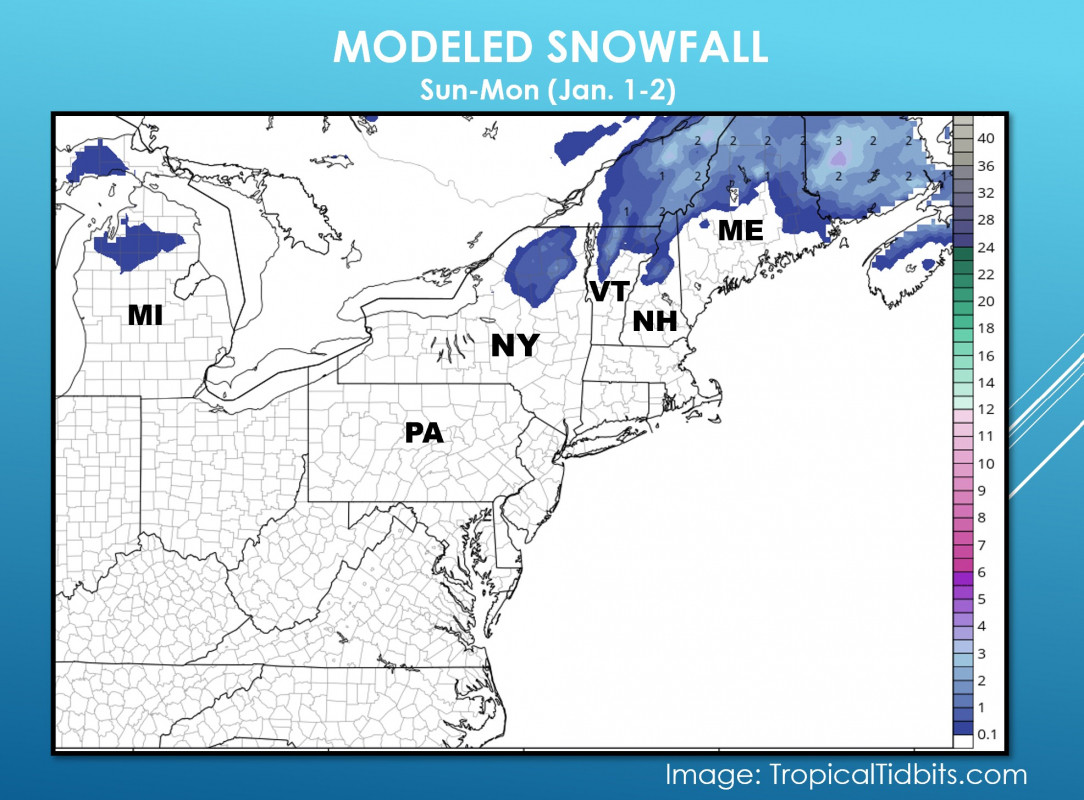 In general, this pattern remains through the first full week of 2023, with warmer than average conditions in the East, and a wet, stormy pattern out West. Here's the temperature and precipitation outlook for January 3-7, 2023. 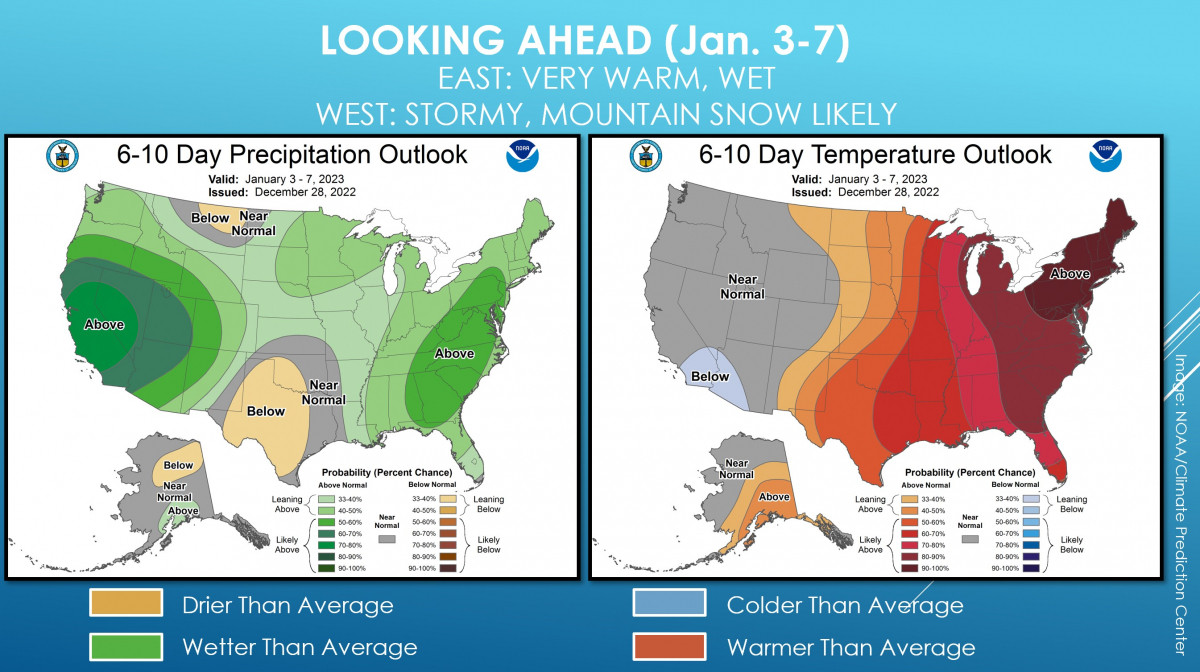