Skiing: Resurgence in the Catskills

Feb 20 Posted by Shared by SnoCountry in News 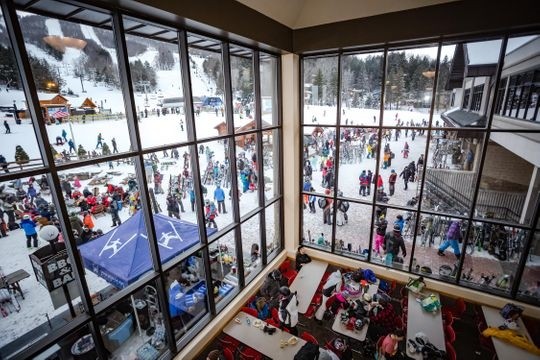 “People are rediscovering the Catskills,” said Chip Seaman, president of Windham Mountain, who added that it’s good to have all the resorts making investments creating more opportunities for recreation in the winter and year-round.

Windham Mountain spent $8 million in upgrades including the Westside Six, a new high-speed six-pack lift at the base, replacing the old F lift, a slow fixed-grip triple that transports 3,000 people per hour. Next winter, the high-speed quad that was used previously at the base will move to Windham’s west side to replace the C lift that services terrain parks, race trails and other slopes on that side. “We’ll get more people out of the base areas more quickly,” said Chip Seaman, president of Windham Resort. This planned move is aimed at clearing up heavy skier congestion at the base area on busy days.