Nighttime In Colorado: The Right Time For More Turns 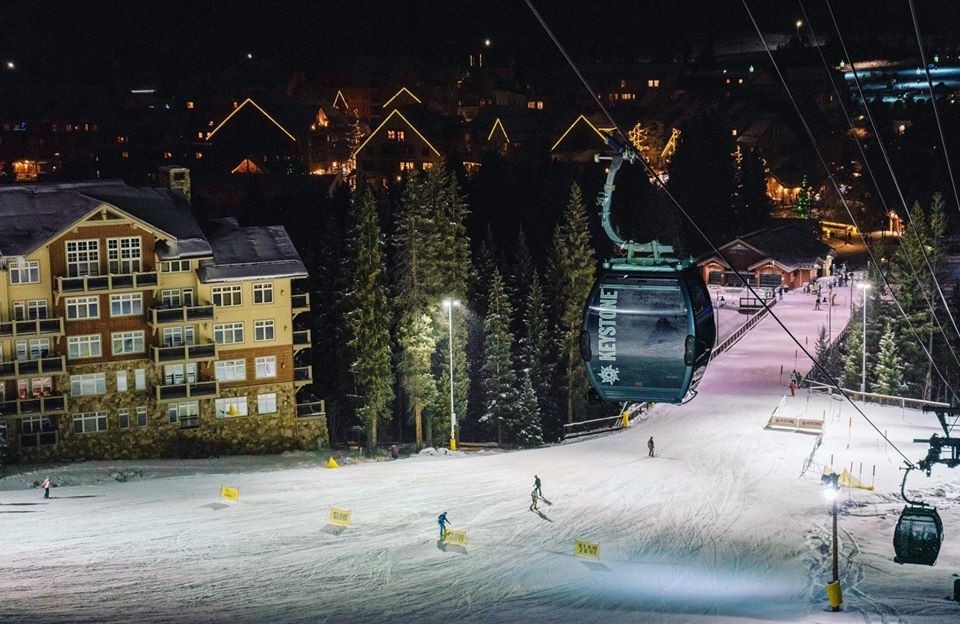 Several major resorts and a handful of town hills turn on the lights for evening skiing and riding. (Keystone Resort/Facebook)

You need something to do while the traffic thins out on I-70. Or just didn't get in enough turns on a busy weekend. Or had to work during the daytime hours and are itching to get on a slope.

Whatever the reason, five Colorado ski and snowboard mountains have the answer: Night skiing. Some include evening runs in day ticket, others charge separately or make available as an add-on.

It makes sense that the most acreage under lights can be found at one of Colorado's largest -- Keystone. The gondola runs Wednesday-Sunday till 8 p.m. for a full frontal of trails, including three blues and family Schoolmarm. Often, Peru chair opens too. Area 15 terrain park also open evenings.

In 2015, Steamboat Mountain made a commitment to night skiing and riding and kept adding runs. Christy Peak Express gives skiers and 'boarders access to 1,100 ft. vert and five trails from 5:30 to 8:30 p.m. Trails re-groomed after afternoon closing.

Across the Yampa Valley, hometown Howelson Hill has long had after-hours skiing and riding -- and even ski jumping. Open Tuesday-Friday, the local hill run by the city of Steamboat Springs has 440 vert, 15 runs, and a flash-from-past rope tow.

Think of Ski Hesperus as Purg Lite as it's down the road from Durango's more famous area. Same Power Pass ticket works at both, with a separate night ticket at Hesperus. The double chair never stops until 9 p.m. Monday-Saturday on 60 acres with 778 vertical.

Echo Mountain, the nearest ski and snowboard hill to Denver keeps a half-dozen trails open for night skiing and riding Wednesday through Saturday 4:30 to 9 p.m. Evening tickets can be had online, or buy a season-long night pass.

A number of Colorado resorts turn on the lights for special occasions only. Granby Ski Ranch will spin two lifts on March 15 from 5 p.m. to 8 p.m., with four non-beginner trails open on the front side. 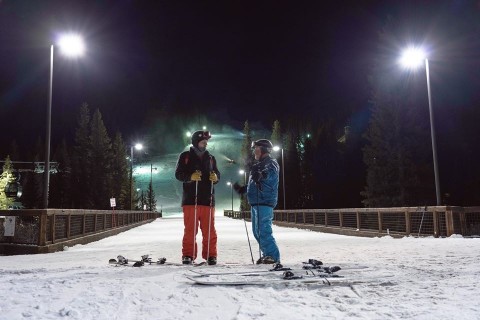 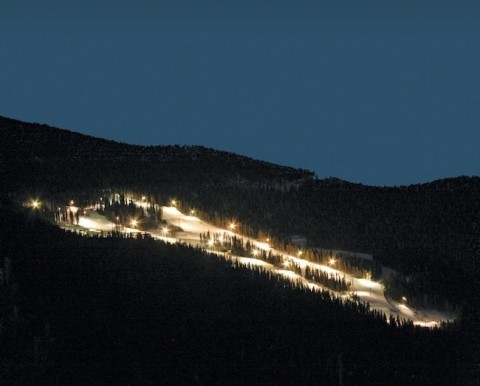 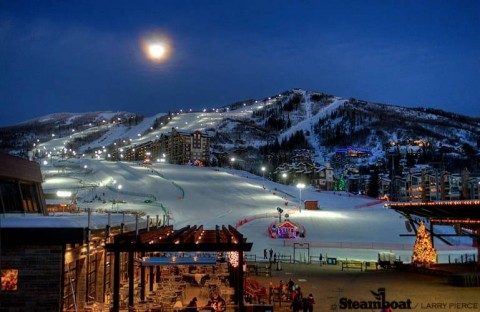 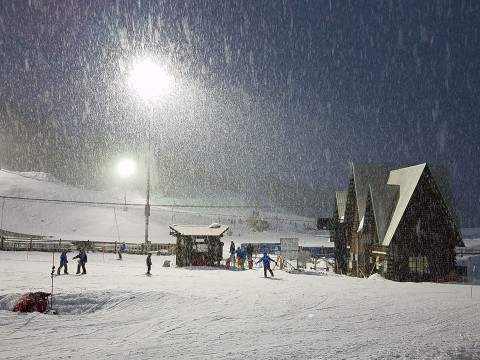 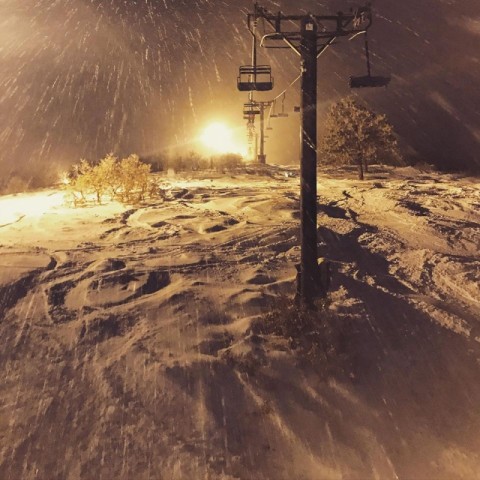