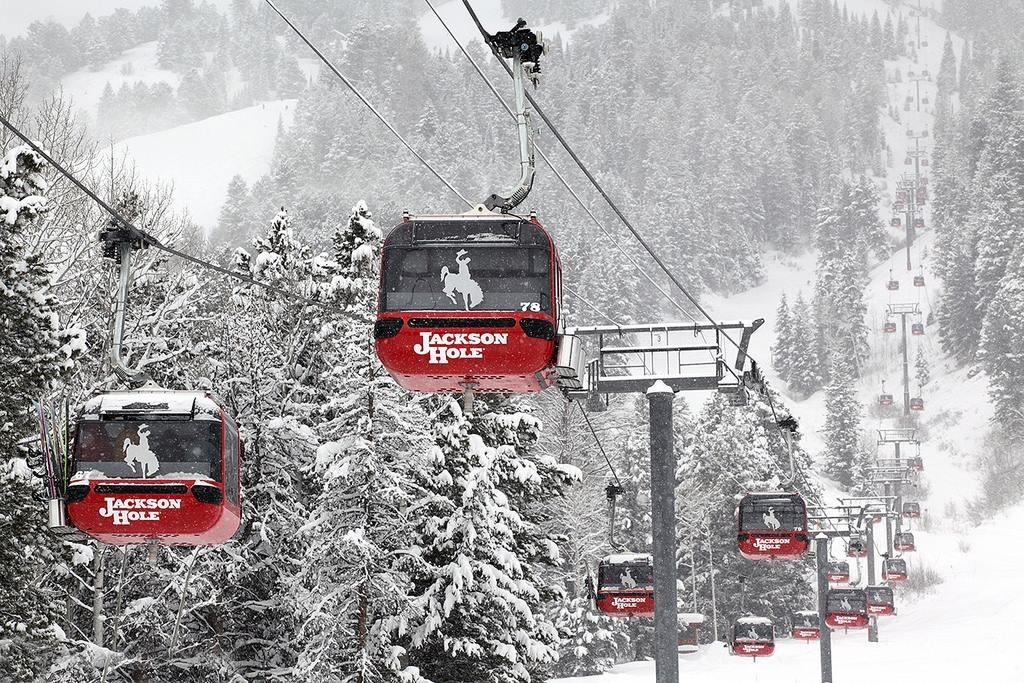 Jackson Hole Mountain Resort turns 50 years old this season and, as a present to its loyal customers, debuts a new gondola out of the base area.

The eight-seat Sweetwater Gondola replaces a pair of fixed-grip chairs and will load between the Teewinot chair and the Bridger Gondola – the first step in an expansion of the ski school terrain at the Wyoming resort. The resort now boasts a tramway and two gondolas in its uphill portfolio.

"Improving the out of base capacity will greatly enhance skier flow, and the Sweetwater Gondola will dramatically improve the beginner skier and rider experience," said Jackson president Jerry Blann.

After a two-minute ride, the gondola offer midway unloading in the Solitude area, where mountain officials plan to build a new snowsports center that will be dedicated to teaching skiing and snowboarding, and have its own facility up the mountain. The gondola then continues up to its top terminal above the loading area for the Casper Quad Chair – about a seven-minute ride total.

The Sweetwater Gondola follows the addition last season of the Teton high-speed quad that tops out on the ridge above Apres Vous summit – previously hike-access only.

Adding to the winter experience are a pair of eco-tours that highlight the plentiful wildlife at the gateway to Yellowstone National Park.

The Wyoming resort also has increased its season pass options with seven- and 10-day tickets for those who can only get to the slopes on a limited number of days.

The Raptor Encounter Pass takes visitors on a winter wildlife tour by Jackson Hole EcoTour Adventures in nearby Wilson.