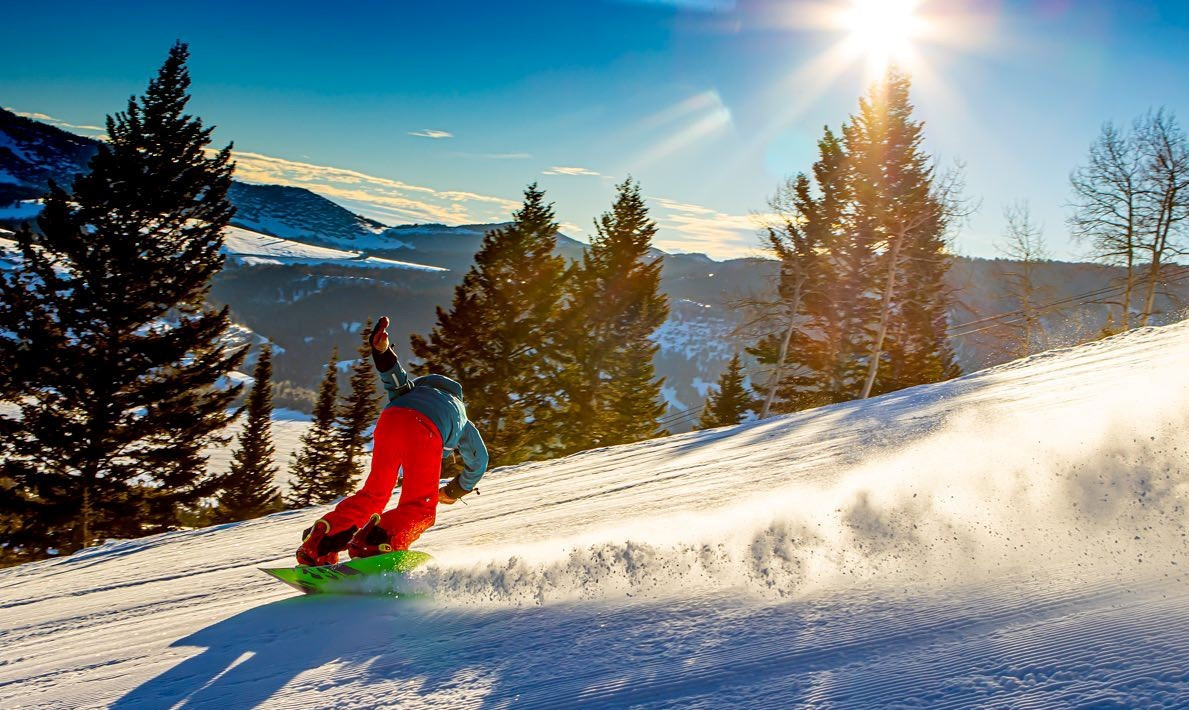 From the mighty to the sublime, this road trip in northern Utah grabs a couple of Indy Pass days at Beaver Mountain and Powder Mountain that, despite their vast difference in size, both operate in quiet, unpretentious seclusion in the northern extent of the Wasatch Range.

Far from the madding crowds of Park City and Cottonwood Canyons, this pair of authentic, skiing-first mountains conjure up skiing's simpler past -- and make for a one-of-a-kind spring skiing road trip.

Along with Brighton, Beaver Mountain is the oldest ski area in Utah. It first cranked up its rope tow in 1936 and has been operating ever since as one of the few family-owned mountains in the U.S.

East-facing up the Cache Valley about 40 minutes from Logan, Beaver is most definitely a "local hill." No snowmaking and lots of local races. Sheltered from the prevailing winds, "The Beav" can be a powder pocket. It sits within spittin' distance of the Idaho border and draws from the smaller towns in the area. If crowding occurs, it'll be on weekends.

Serving two distinct zones, four fixed-grips feed skiers and riders up a total of 1,700 vertical feet. Trails for all abilities can be found all around "The Beav" and its 828 acres -- much of which is either open slopes or sparsely treed glades. Locals say it skis much more than the trail map shows.

Top-to-bottom Rodeo Grounds Terrain Park with 1,000 vertical drop is served by Maggie's triple chair, while most of the black runs course off Harry's Dream triple out of the base area. Lights on 5-9 p.m. except for Sundays. Limited lodging near the mountain, most variety in Logan.

About two hours away, Powder Mountain is remarkable the largest U.S. mountain with 8,464 acres within its boundaries. But "only" 2,800 acres are served by "Pow Mow's" nine conventional lifts. The rest open up with hike-to terrain, a pair of pay-by-ride snowcats parked on either side of the mountain, and a free shuttle that runs from back to side country.

Oddly, the main parking and base services sit near the summit of the 8,600-foot Snowdown Peak. Crowding is rare, the vibe is mellow and powderhounds abound. Can be foggy.

Novice runs concentrate in the upper Hidden Lake area, or wander down a canyon floor. Most days begin with a run down rather than a lift ride up. Ample blue groomers are interspersed around the mountain.

Unlike any other, the trail map designates dozens of "powder runs" with dotted lines that spill off four ridges on frontside, and Lefty's Canyon and Mary's Bowl at the extremes.

No lodging at the base, a few private cabins, but most find overnight stays in Eden (half-hour) or Odgen (an hour). For $5, shuttles run to and from Ogden every day. New ownership has big plans for a conference center and full-service resort ... but not yet. 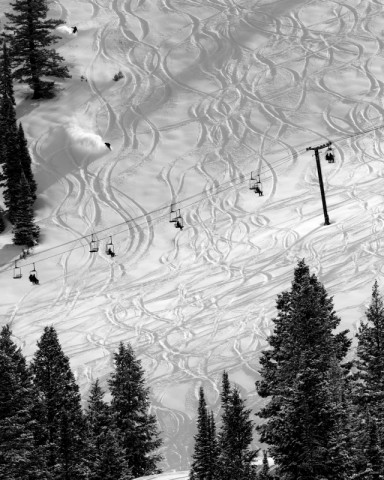 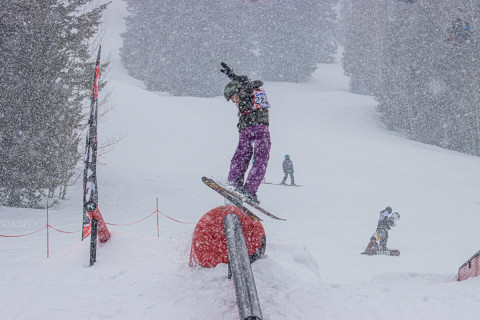