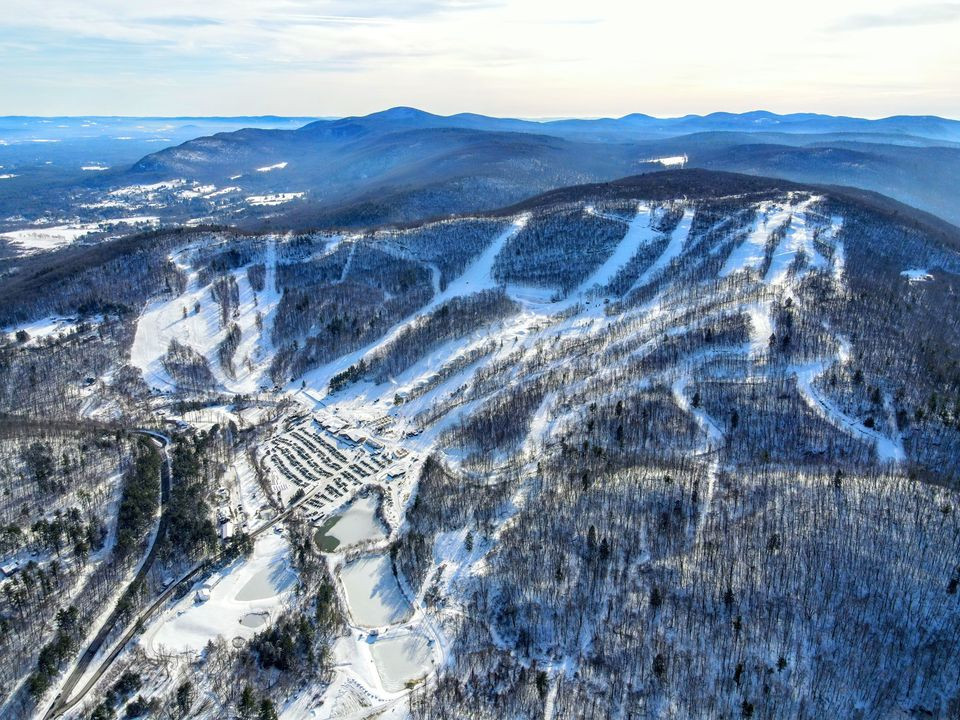 Tucked into the hills of southern New England, Catamount typifies what you'll head that way this winter. (Catamount/Facebook)

Much is different for the 2020-2021 season, and one of them is the preference for driving to a ski and snowboard mountain rather than hitting the airways. To fit with that tendency, SnoCountry will embark upon a series of Road Trips this winter. Each will be linked to a multi-area season pass or resort partnerships.

To start, SnoCountry puts an Indy Pass in its pocket and heads into the hills of southern New England. The Indy Pass is good for two free days at each mountain, plus 25% off the daily rate for a third day.

Less than 100 miles outside of Manhattan, Mohawk Mountain is a practical, 107-acre layout of blacks to blues to greens (20-60-20), left to right. Opened in 1947, the practice of snowmaking in the U.S. debuted here one year later. As expected virtually all 650-ft vert is under the guns these days. A mid-mountain (Pine Lodge) is a New England rarity. There's tubing, plus night skiing till 10 p.m. on weekends. Cross Country skiers can hop on Mohawk State Park trails off the summit.

Forty-five minutes north on Rt. 7 sits Catamount -- a New England family-owned throwback that opened in 1939. In the early years, ski trains came from New York City to nearby Hillsdale, N.Y. Today, novices stick to the Promenade-Meadows area. Surprising pitch (1,000-foot verticle) can be found on the rest of the 110-acre mountain with 70% blue or black. And, you can ski into the State of New York and then back to Mass. Night skiing popular. Upgrades coming after a recent ownership change.

Head north up the Batten Kill River valley on Rt. 7 for a couple of hours, and you'll find Magic Mountain. Rising to 2,850 feet in the renowned snow pocket of southern Vermont, Magic's down-home reputation was recently burnished when a local skier and friends purchased the hill. With 1,600-foot vertical, the hill hosts 35 trails on 135 acres with a solid mix of trails -- from long, winding green on the lower half to black pitches on the upper mountain and some of the steepest glades in Vermont. Enjoy corn snow on warm days due to lower base elevation.

The final leg of this Indy Pass road trip requires a two-hour classic New England back road drive across the Connecticut River at Bellows Falls and into New Hampshire to Pat's Peak. A day fav of southern New Hampshire-ites -- and just 75 miles from Boston -- the 100-acre hill has 770-foot vert -- at least half of it is rated green. Although only 15% is rated black, the F.I.S. Race Trail is known as one of NE's best slalom courses -- and the mountain's junior racing program flourishes. Added Cascade Basin on the backside in 2013. As a nod to its 68-year history, family-owned Pat's Peak has a J-bar. And, the hill has been lit for night skiing since 1967. 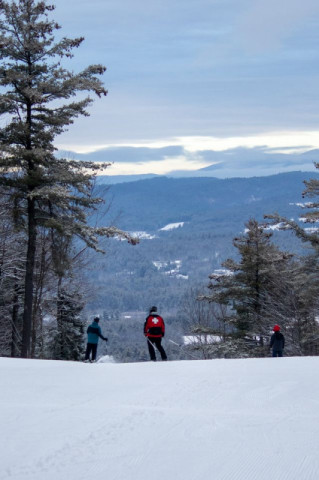 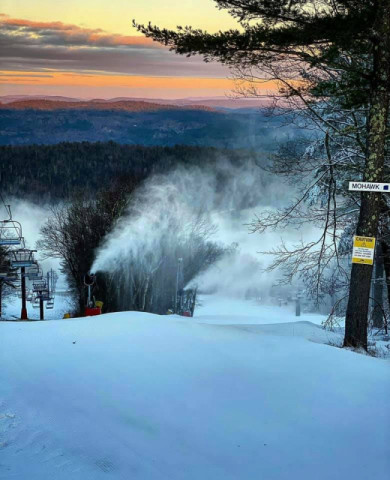 More posts from author
Friday, 22 January 2021 Indy Pass Road Trip: Northern New England
Tuesday, 19 January 2021 All Over The Northwest, The Lights Go On For Night Skiing And Riding
Wednesday, 06 January 2021 Snowcat Skiing, Riding Limited In Colorado This Season
Comment for this post has been locked by admin.