“It’s the first powder storm of the season, and the crowd is going wild,” said Emily Moench, communications manager for Snowbird on Wednesday morning. “Powder hounds are chomping at the bit.”

From the Pacific Northwest, through the Sierra Nevada, Wasatch and Colorado Rockies, skiers and snowboarders were rejoicing with close to two feet of new snow from a storm system that rolled through Sunday through Wednesday. As of Wednesday evening, Wyoming’s Grand Targhee picked up 23” and Jackson Hole 21”; in Washington, Stevens Pass was blessed with 21” and Crystal Mountain 20”; Park City Mountain Resort reported 18” and Snowbird picked up 16” in Utah; while in Colorado, Wolf Creek reported 19”, Monarch 18”, Telluride 16”, Ski Cooper 15” and Crested Butte 12”.

Thanks to a series of early-season storms, and now one major storm, resorts throughout the west are right on track for a busy Holiday Season and perhaps another record winter season.

“Our average opening is Nov. 29 and this is the third year in a row we have opened before Thanksgiving,” Chris Danforth, director of marketing for Stevens Pass, which has already received 81” of snow this season, told SnoCountry.com. “ We beat this year's November skier number budget as well as last year's number of visits for November …  great for momentum heading into December, our busiest month!”

While powder hounds are stoked for the new snow, the men’s World Cup Circuit faced numerous weather issues due to the storm. Bode Miller, Ted Ligety and the rest of the U.S. Ski Team men were scheduled to run their first downhill training run on Beaver Creek’s Birds of Prey course Tuesday, but snowstorms in Calgary, Alberta, prevented some of the ski racers, who just finished another World Cup in Lake Louise, Alberta, from flying to Vail on Monday as planned. Wednesday’s training run was also cancelled following close to a foot of new snow. 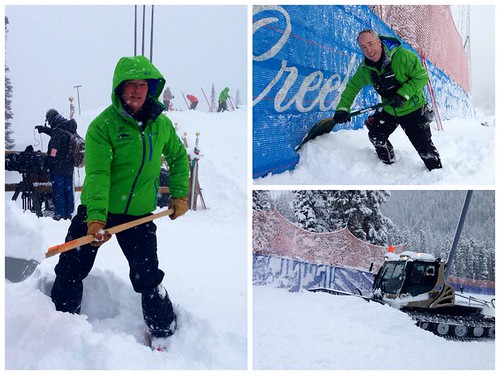 Crews are working around the clock to prepare one of the toughest downhill courses on the World Cup circuit, providing racers further training and racing opportunities as they set their sights on the 2014 Olympic Winter Games.

“Beaver Creek consistently sets the standard for hill preparation,” U.S. Ski Team member Ted Ligety said. “It's a place we never have to worry about because we know – regardless of the weather – the track will be awesome. Bad weather is nothing new to them and I'm not the least bit worried that the track will be perfect when the snow lets up.”

“Birds of Prey is truly the best prepared track we race on all season and that has every bit to do with the hard work of the volunteer Talon Crew,” Ligety’s teammate Travis Ganong added.

Word on the street is a number of racers traded their 210cm downhill skis for some powder rocker boards and rare freeskiing time at Beaver Creek.  U.S. Ski Team athletes including Travis Ganong (Sqauw Valley, CA), Nick Daniels (Tahoe City, CA) and Jared Goldberg (Holladay, UT) took full advantage of the opportunity to get in some powder skiing.

Downhill training is scheduled for Thursday at Beaver Creek. The new schedule has the men’s Downhill on Friday, Super G, Saturday and Giant Slalom Sunday. Based on the weather of course! NBC will broadcast the event based on the following schedule: 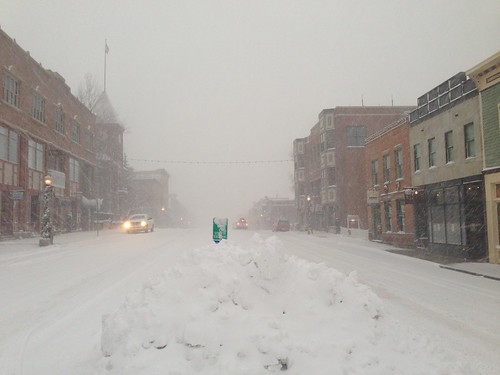 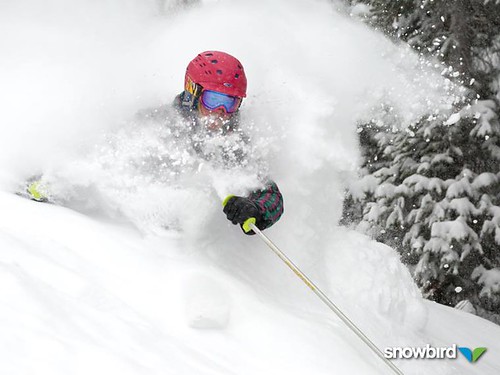 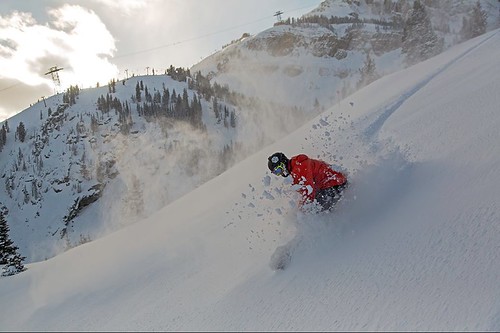 Are you wondering if the Tram is going to open at Jackson Hole this weekend? According to Jackson's Facebook page, you better leave Saturday open! / Jackson Hole Photo