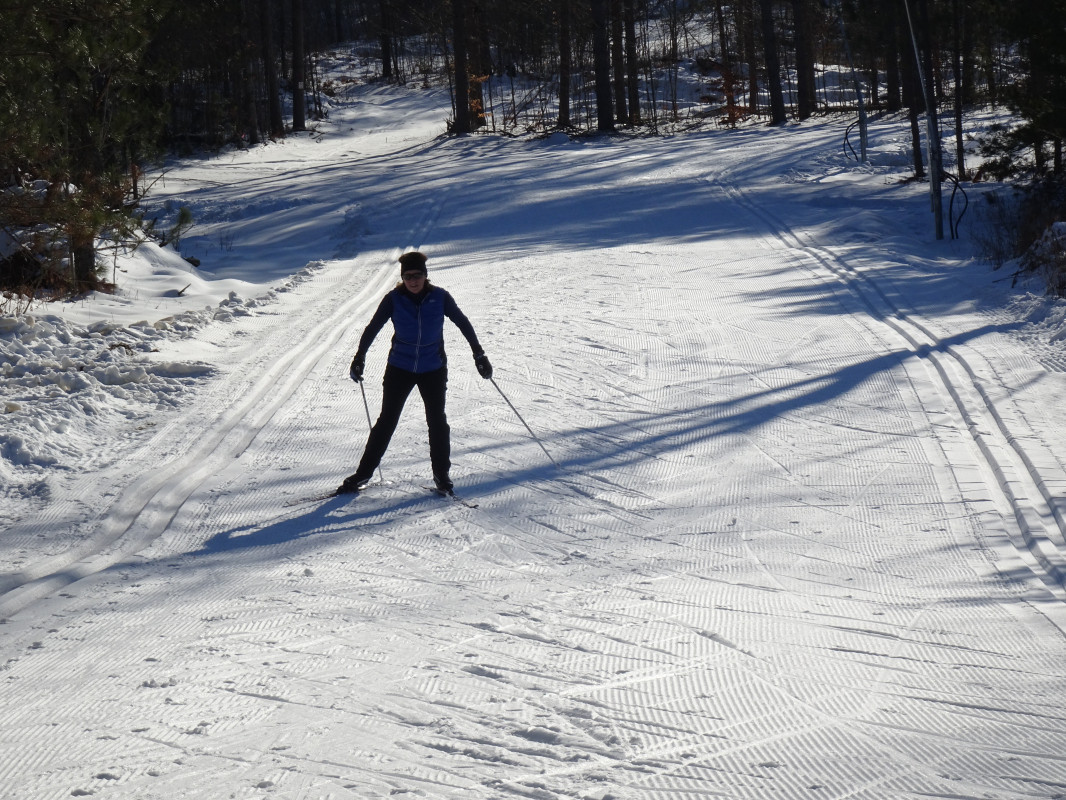 A cross country skier on the trail covered by snowmaking at Forbush Corners.

Old Man Winter has not been kind to Michigan's Lower Peninsula this winter for cross country skiing and snowmobiling, which are very popular winter activities in this neck of the woods. They are not happening.

Downhill ski areas are doing fine with snowmaking and open with no problem in the Wolverine State's Lower Peninsula. The Upper Peninsula does have some natural snow especially along the Lake Superior shoreline. However it is a long drive for the majority of snowsports loving people in the LP that want to cross country ski.

There is one place in the Lower Peninsula where you can find snow covered, tracked cross country trails, and that is Forbush Corners just north of Grayling and next to Hartwick Pines State Park. They put in a snowmaking system three years ago that covers about two miles of their roughly 13 mile trail system, which is a delight when covered with snow. You also connect with the Hartwick Pines groomed trail system from the west side trails when there is good natural snow, which adds another eight miles of trail.

The two mile trail is a nice intermediate/beginner trail with well set Piston Bully groomed tracks and a skating lane. The snowguns set around the track cover the trail with about a foot to foot-and-half level of snow, and it's always freshly groomed daily when they are open Thursday through Monday during the season. You can make several loops around the snow covered trail to get in a few miles. They are the only touring center around the Great Lakes with this amount of snowmaking.

Forbush Corners, which was opened by Dave Forbush in the mid-1980s on an old family homestead, quickly became the unofficial epicenter of cross country skiing in northern Michigan. He unfortunately passed away in 2014 from a quick bout with cancer. He passed the touring center onto five friends he knew had the same passion going into the future. They all had worked closely with Dave in establishing Forbush Corners and were committed to keep it going. Today they've become a non-profit, which works well for securing funds for the future operation.

It's located a half-mile east of I-75 about eight miles north of Grayling on CR-612. If you like cross country skiing it is worth the drive to get in some trail miles. 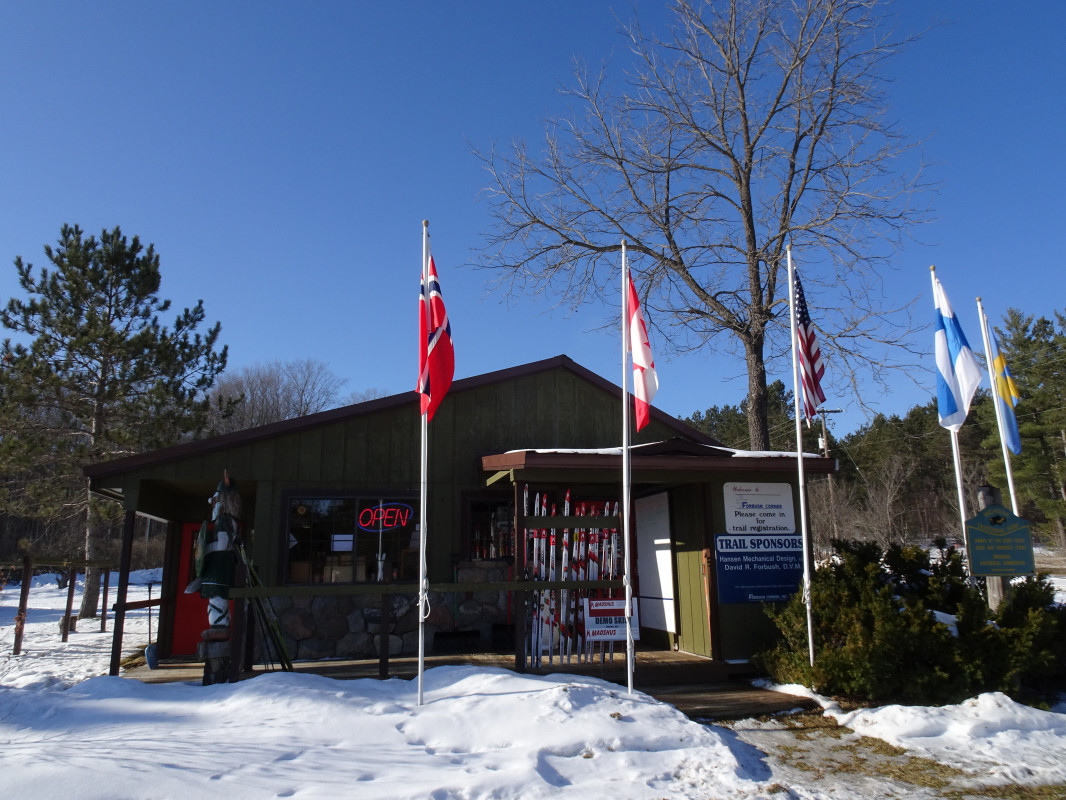 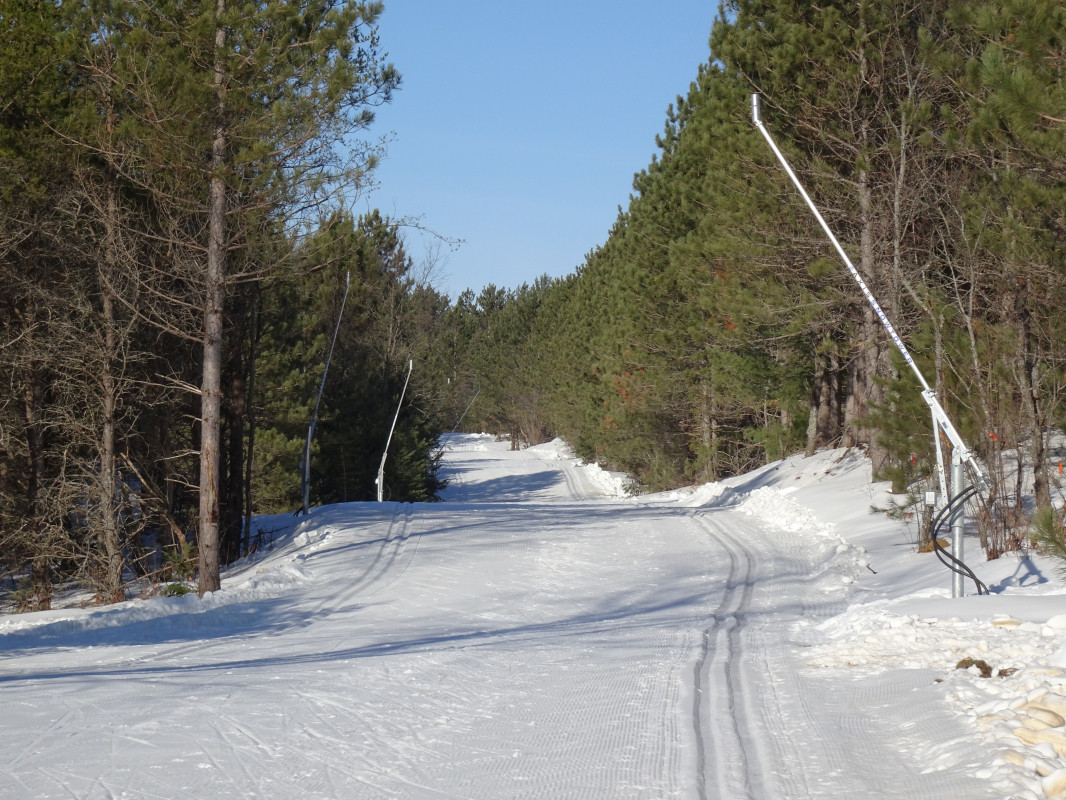