Duluth's city-owned ski area, Spirit Mountain, continues its financial struggles as the city grapples with what to do with the financially strapped ski area.

>An article in the Minneapolis/St. Paul Business Journal recently pointed out that the city had to bail out Spirit Mountain twice in the past two years totaling over a half-million dollars. That's not the first or even second time for that to happen. SnoCountry ran an article in 2015 that the city extended an allocation of up to $300,000 to enable the city-owned recreation area to meet payroll and continue summer operations that year. At that time Spirit owed the city more than a million dollars for an extended line of credit. Over the last decade, Spirit Mountain has received more than $10 million from tourism tax revenues, according to an MPR News report in January.

A task force charged with finding a way forward for Spirit Mountain's finances recently made its findings public, and they found that for every dollar of tourism tax spent it produced an $18 economic return to the city. The task force reported anything involving trying to sell the government-owned and operated ski area should be off the table.

Consultants hired by the city's task force said they should be spending even more money on a new lift, upgrades to the chalet and other improvements that would generate more revenue for the city. But, had no recommendations for where that funding would come from. They also said, considering the ski area's ownership structure, Duluth could conceivably consider leasing to a third party. An outright sale would be nearly impossible, according to the article. When the ski area was created in the early 1970s it included federal funding that has restrictions complicating such a deal.

In addition to being one of the Midwest's largest ski areas with a 700-foot vertical drop, the ski area offers 22 runs and one of the region's largest terrain parks, five chairlifts, three surface tows, and mile-long runs. During the summer the Adventure Park offers the Heartland's only Alpine Coaster, a zipline, lift-served mountain biking, scenic lift rides, disc and mini-golf, and summer day camp programs. 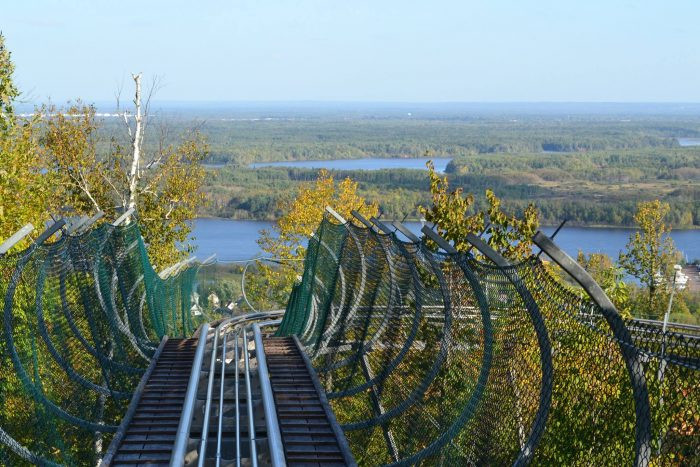