Early-Season Snow Off to a Solid Start 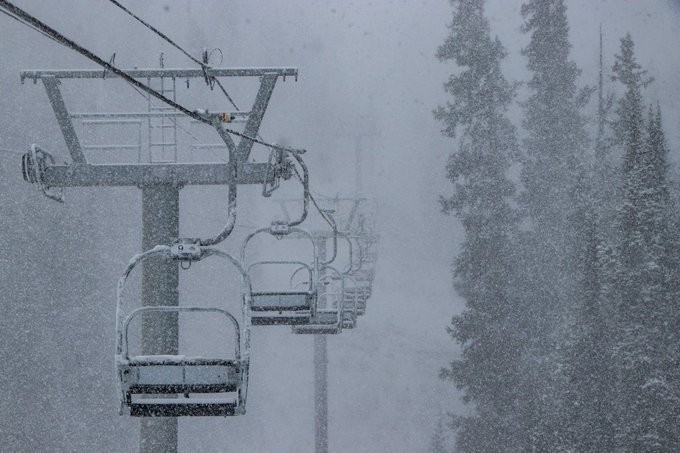 September and October delivered a handful of base-building storms across the country. For some, record-setting early-season snow has the season off to a great start. Here’s a glimpse back at our early season snow events.

Sept 7-10: The days following Labor Day weekend was the first taste of early season snow in the west. A large trough of cold air dug into the U.S. from western Canada, spreading widespread snow down the Rockies as far south as New Mexico with top amounts of 1-2 feet of snow in parts of Wyoming, Utah, and Colorado.

Ahh September in the mountains. ❄️🤣 80 degrees & summertime yesterday, winter today, and fall the rest of the month. Last call for fall activities and operations will be up and running through September 27th when we thaw out in a couple days 🤣🥶🤷 pic.twitter.com/nryD4j6myD

October was a beast of it's own, delivering well above average snow totals from the northern Rockies to the Northeast. These maps from NOAA's Weather Prediction Center shows October snowfall, and the total as compared to average. 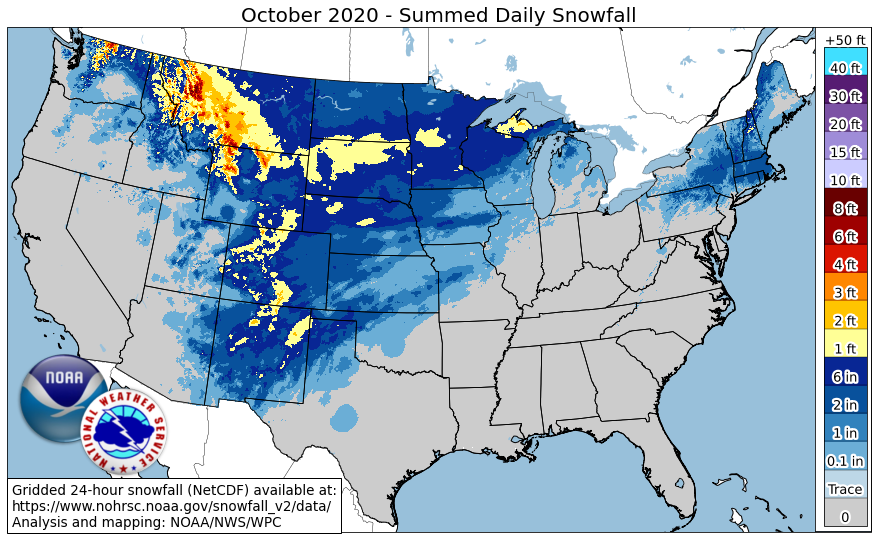 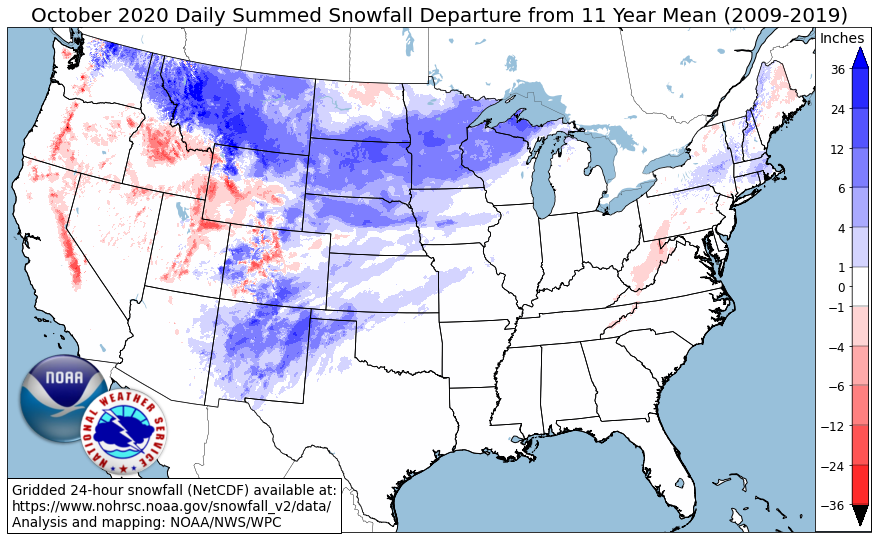 Oct 10-14: A persistent snowy and cold pattern stretched from the northern Rockies to the Great Lakes, with as much as 15-25” falling in the Washington Cascades.

Someone's been doing the dance! pic.twitter.com/e2vPbQ0rkX

Oct 24-27: Another huge early season cold snap developed for the west with widespread snow and cold from the Pacific Northwest to Texas! Western Montana racked up as much as 30-40”, while peaks in eastern Utah also snagged 2-3’. Parts of New Mexico piled up more than a foot of new snow.

Opening day is less than a month away and it’s snowing in The Extraordinary! ⁣☃️

Oct 30-31: A Halloween treat for the Northeast as a slow-to-move storm system dropped a bit over 6” from New York to New England. This snow set October records in the city of Albany and Boston, and delivered an early season treat for the ski areas in between.

Is this a trick?? Or will winter be treating us with lots of snow!?!? #MountPeter #FirstSnow #WinterIsComing #ISKINY pic.twitter.com/XRxv7y66IG

Only time will tell specific storm details for the rest of the season, but we do know La Nina will impact the larger weather pattern through winter. Read our story on the winter outlook in SnoNews.