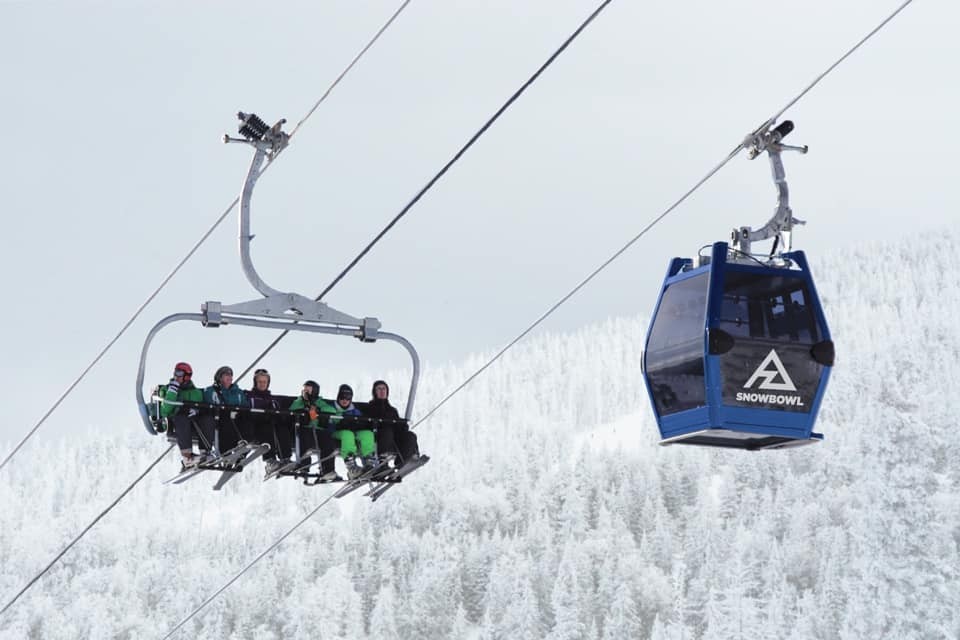 Since 1961, the Agassiz chairlift has lifted skiers (and now snowboarders) out of the base at Arizona Snowbowl and up to its 11,500-ft summit. Next season, it will continue to do so -- but in a much faster and more comfortable fashion.

The owners of the Flagstaff-area resort have announced that a combination chair-gondola will go up this summer to drastically increase the speed of uploading and reduce the ride time to seven minutes, on a mountain that, on busy days, experiences long lift lines for the only lift to the summit at the only resort in northern Arizona.

The combination lift, of which there are five others in North America, will have six-person chairs and eight-person gondolas interspersed along the cable. Both will be detachable so that skiers and riders can load more easily than the former fixed-grip triple chair Agassiz lift.

Although the new "chondola" will run faster than previous incarnations, mountain management says that the chairs and gondolas will be spaced farther apart so that uphill capacity will remain the same. Riders will be able to choose which form of uphill transport they want to take.

The current chairlift, which went up in 1986 to replace the original two-seater, will be dismantled this summer and stored for future use somewhere else on the mountain, Snowbowl officials said. People have been riding lifts and skiing on the shoulder of the San Francisco Peaks since 1941.

It's been five years since Tucson-Durango developer James Coleman and Mountain Capital Partners investors bought Snowbowl. Since then, the group has plowed cash into improvements, including more snowmaking and three new lifts. Plans for another round of upgrades, including the new Agassiz chair, were announced last year. 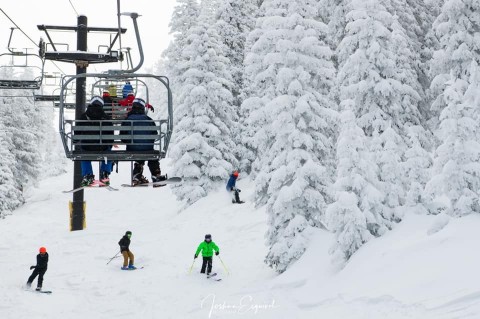 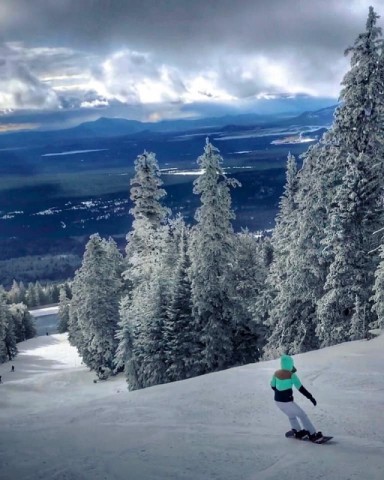