Bavaria Comes To Oktoberfests In The West 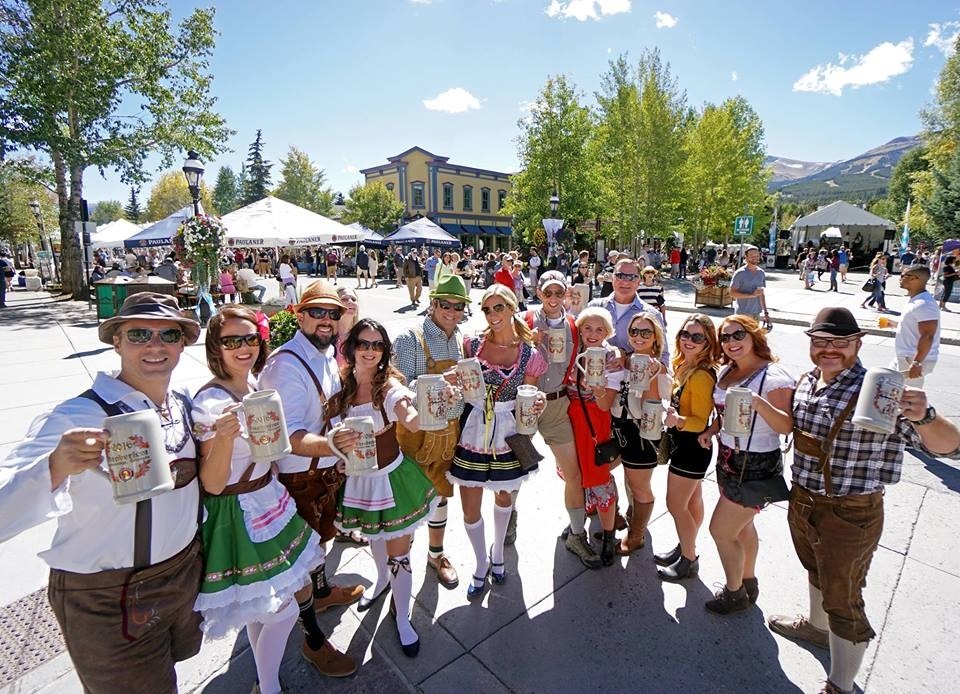 As if to say auf wiedersehene to summer and willkommen to winter, Oktoberfest in the Western mountains is celebrated just as the seasons pivot away from fun-in-the-sun and toward the upcoming ski and snowboard season.

And, skiing traces many of its origins to the German Bavarian Alps, where bier has been brewed – and consumed – for centuries. So it makes sense that many resorts put on the lederhosen and dust off the steins as autumn arrives for traditional Oktoberfests.

SnoCountry.com took a look around the West for Oktoberfests at mountain resorts, and here’s a sampling of what we came up with:

Taos Ski Valley. On Sept. 17, Bavarian Restaurant is the proper locale as its builder and former owner, Thomas Schultz, hails from that region. Schuplatter bank, German food and beer, plus yodeling and alpenhorn blowing contests. Even take a ride up the lift to get above tree line to view New Mexico’s highest mountains.

Breckenridge. Colorado resort hosts street party (“where Munich meets mountains”) Sept. 8-10. Beer vendors line the streets, oompah-pah bands pound it out, and everyone can play traditional Hammerschlagen where first one to pound in all their nails into a stump wins.