Back To Normal: Snow Keeps On Falling All Over Idaho 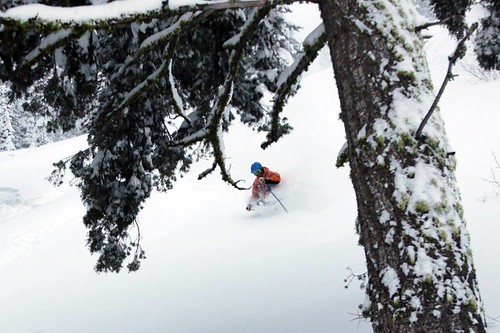 Snow storms both big and small have been rolling into the mountains of Idaho since Thanksgiving, giving skiers and snowboarders what they want for the holidays and beyond – and erasing memories of a couple of lean years on the slopes.

From Schweitzer to Pomerelle, the El Niño weather pattern has brought plenty of Pacific moisture all up and down the Sawtooth and Bitterroot ranges.

Take Pebble Creek for instance: The southern Idaho day-trip mountain had to close early in 2015 because of lack of cover, and attendance was way down. This season, a solid base depth welcomed skiers and riders on Dec. 19 – and it’s been “awesome,” as they say, ever since.

At Schweitzer, the story is similar. The base depth has built steadily throughout the month of January, reaching 60-plus inches.

“We’d have a nice dump, then a couple of inches, then a nice dump again,” Schweitzer’s Dig Chrismer told SnoCountry.com. “With this snow, there’s definitely no reason to hide inside this winter.”

Visitors to the northern Idaho resort will get a glimpse at a new 13,000 square-foot summit lodge that is slated to open in Fall 2016 with rest rooms, restaurant and cafeteria and eight rooms for top-of-the-mountain accommodations.

To the west, Tamarack Resort has picked up a helping hand from Mother Nature as it moves into a new phase of its post-bankruptcy life. More than 100 inches fell before Jan. 1, and mountain managers were able to make good on a promise to re-open the Wildwood steeps on the north side of the mountain.

“We got Wildwood open before the December holidays,” Tamarack’s Brad Larson told us.

Elsewhere, this season’s snowfall at Lookout Pass is already approaching what fell last season. Silver Mountain also is on the way to a plus-average year, reporting some the best conditions in at least three years.

Photos: Top -- Tree skiing at Tamarack's Wildwood is open (Tamarack/Facebook); There's plenty of pow at Schweitzer as this snowboarder can attest (Schweitzer/Facebook) 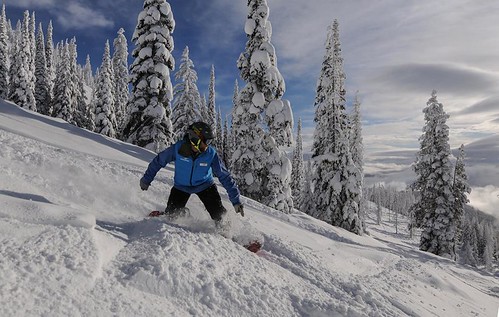 More posts from author
Thursday, 21 April 2022 No Surprises Among Western Resorts Staying Open Late
Tuesday, 19 April 2022 Utahns To Get A Half-Dozen New Lifts To Ride Next Season
Friday, 15 April 2022 A Flurry Of Lift Construction Set For Colorado This Summer