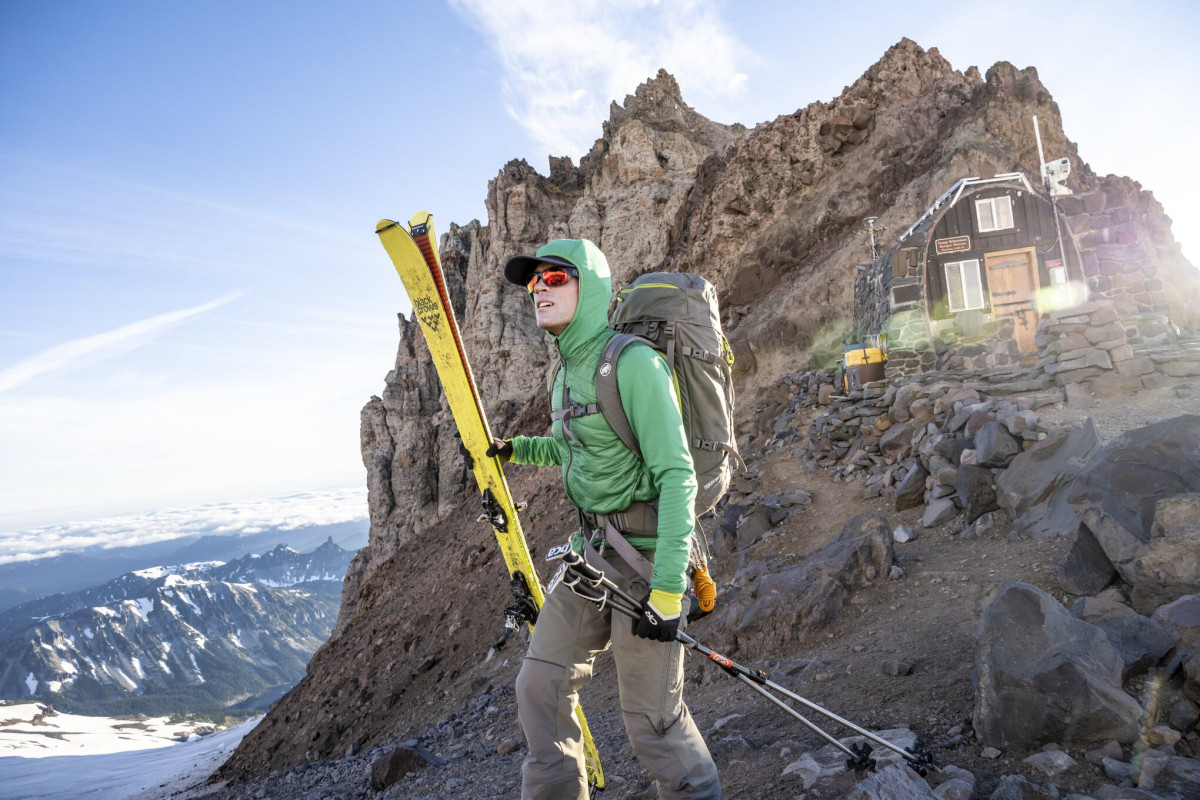 Trevor Kostanich carries his skis across the rocky ridge in front of Camp Schurman below the prominent rocks of Steamboat Prow. This point was reached at approximately 6 a.m. on day one, five hours after leaving the Glacier Basin.

As Seattleites languished in hotels and lined their windows with foil during last week’s historic heat wave, Trevor Kostanich and Scott Rinckenberger reached a mountaineering milestone. They climbed, summited and skied down the state’s five volcanoes in five days.

In what Kostanich and Rinckenberger called the “Five in Five,” the two became the first mountaineers to climb and ski Mount Rainier, Mount St. Helens, Mount Adams, Mount Baker and Glacier Peak in five consecutive days. They started at Mount Rainier’s Glacier Basin trailhead at 1 a.m. on June 24, and finished up at Glacier Peak’s North Fork Sauk River trailhead at 9:30 p.m. on June 28. In between, they traversed Mount St. Helens, Mount Adams and Mount Baker.

The closest precedent Rinckenberger could find to their historic first was a 2017 attempt by a group of Ellensburg police officers, who summited the five volcanoes in five days and 15-plus hours, but didn’t ski.

Read the full story at SeattleTimes.com