“Wow, that’s inspiring but I don’t think my knees will last that long!” exclaimed a thirty-something dude on the chairlift.

I had shared that I had just photographed members of the 70+ Ski Club racing, including some in their eighties and nineties.

Another man next to me quietly confided he was 75 and had some “ailments,” but like the younger skier, he expressed appreciation for the young-at-heart seniors who were racing.

Harry Wrede, 82, was one of those racers. He joined the 70+ Ski Club because “when you get old you don’t have people left to ski with — they’re gone or can’t ski. And skiing really keeps you young,” he said. 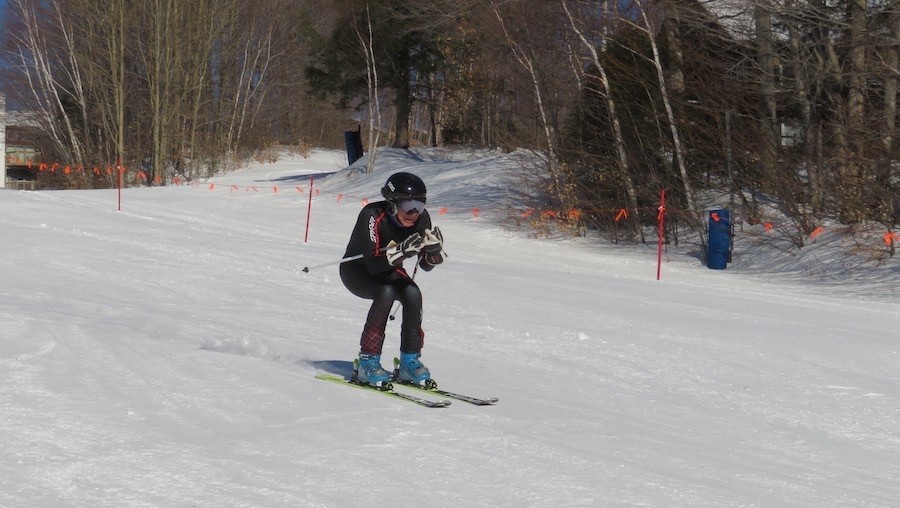 A “regular with other 70+ Club members at Mount Peter” (New York), he participated in the Club’s Vermont Ski Fest trip to Okemo last January. “It’s wonderful to ski with my grandsons,” he added, explaining that members can have guests on trips and that they were on college breaks.

His wife doesn’t ski but like the other male and female spouses who don’t, “she lodges well,” Wrede noted.

Richard Lambert, Jr., current president of the Club, told SnoCountry.com that his grandfather Lloyd Lambert founded the Club in 1977 at age 76 “to keep seniors active.

“Free skiing was essentially the tool my grandfather used to accomplish his goal. Like the seniors who join the Club today and receive free or discounted skiing, he knew keeping active was the key to staying healthy. He skied well into his nineties and was active right up until his death at age 96,” Lambert said.

Herman Thompson joined the Club “for staying active,” adding, “skiing is in my blood.” At age ten, he was the first person to ride the Mount Sunapee single chair at its Dec. 27, 1948 debut, 70 years ago. “I will ski as long as I’m upright. I tell people who ask if I’ve been skiing all my life, ‘not yet,’” Thompson quipped. 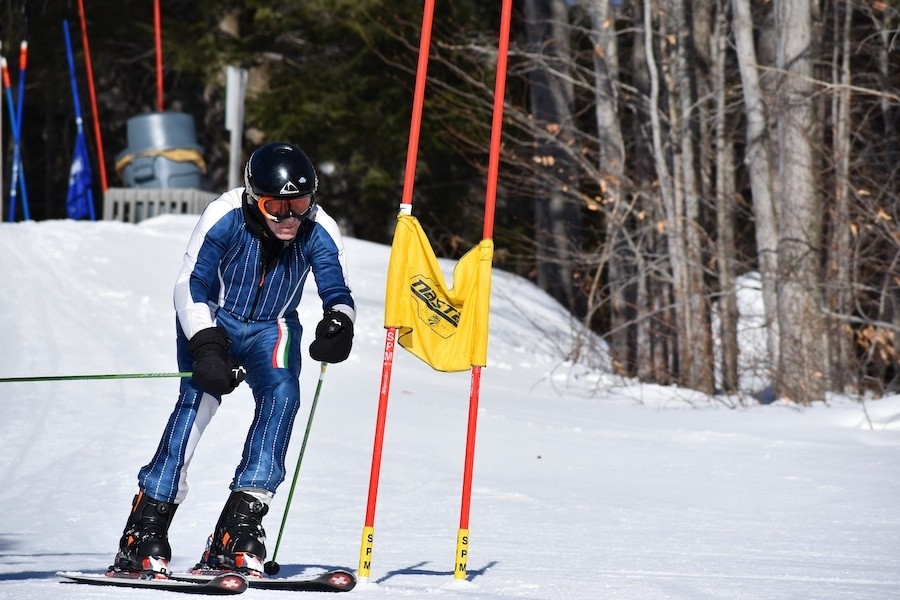 Thompson met Wrede over a trip dinner and the two have been ski buddies on the Okemo trips ever since. They also have a friendly rivalry in the 80+ race division where they come in first or second. Until last January that is — Thompson came in second and Wrede third as a “new fella,” Wolfgang Bauer, 80, took first.

“This was our 30th Vermont Ski Fest and 10th consecutive year held at Okemo. An 87-year old member from Arizona attended along with 150 people from all over the East. We had a great time and look forward to going back in Jan. 2019,” Lambert added.

Due to several surgeries, Barbara Favale wasn’t skiing but she was at the race cheering on her husband Tony. “We go all over,” she said, citing travel, social life, and staying active as important to her and reasons for being a member.

The Club now counts 3,500 members nationwide according to Lambert. Benefits include a newsletter that lists discounts and shares news as well as inspiring stories of interest to senior skiers and snowboarders. Trips are offered to different U.S. ski resorts and international destinations along with day events with races and other opportunities to meet fellow skiers.

The annual meeting, ski day, and race at Hunter Mountain is March 6 and a day trip is planned for Ski Butternut as well.

Karen Lorentz 'earned her turns’  herringboning up hills on her dad's 1930s pine boards. She progressed to skis with edges, areas with lifts, and ski weeks at Stowe.  While teaching English (NJ), she advised the ski club which grew to 200 teenagers whom she took on eastern ski trips and to Italy, Austria, and Aspen. Moving to a Vermont mountaintop with her family in 1978, she switched to freelance writing (5,000 articles, 8 books). She is the only woman to receive a Lifetime Achievement Award  from the International Skiing History Association and has honorable mentions for ski book and feature writing from the North American Snowsports Journalists Association.